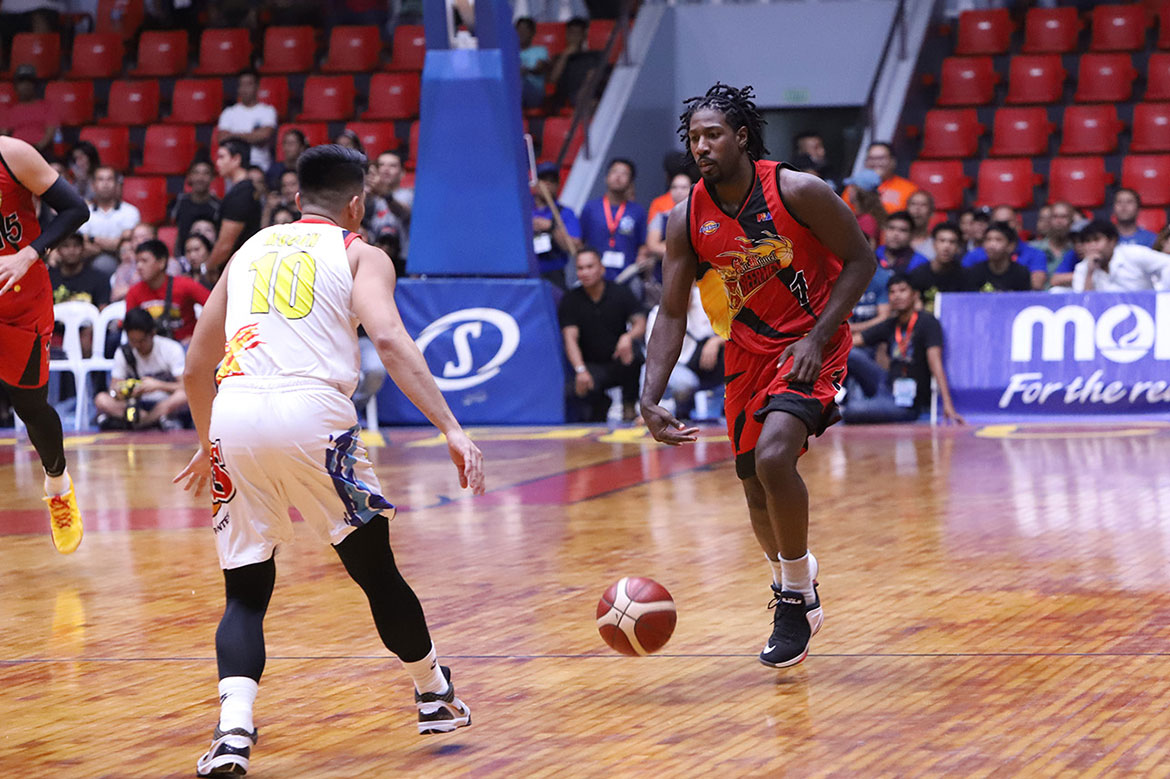 This development follows the recent uncertainties clouding the Beermen due to the fight that broke out involving original import Dez Wells, Kelly Nabong, Arwind Santos and Ronald Tubid.

The league has yet to sanction any of the players, though. Commissioner Willie Marcial has said that he will wait for San Miguel’s decision on its players before his office makes its own.

SMB heads into the 7:00 p.m. match at the Ynares Center with the goal of downing TNT. The winner will clinch the number four seed, which merits a twice-to-beat advantage in the quarterfinals.

It is also a chance for Holland to prove himself after a so-so debut back in November 16. Then, he only had 10 points, 10 rebounds, and six assists in San Miguel’s 85-91 loss to Rain or Shine.

The former NBA cager lacked the luxury of preparation with the Beermen prior to facing the Elasto Painters in Cebu, so many expect him to come out better against the Texters.

Holland was brought in by San Miguel after Wells badly hurt his ankle during its match versus the Meralco Bolts last October 27, wherein the Beermen got obliterated by 26 points, 99-125.

No Regrets For Ramon Gonzales after letdown in China