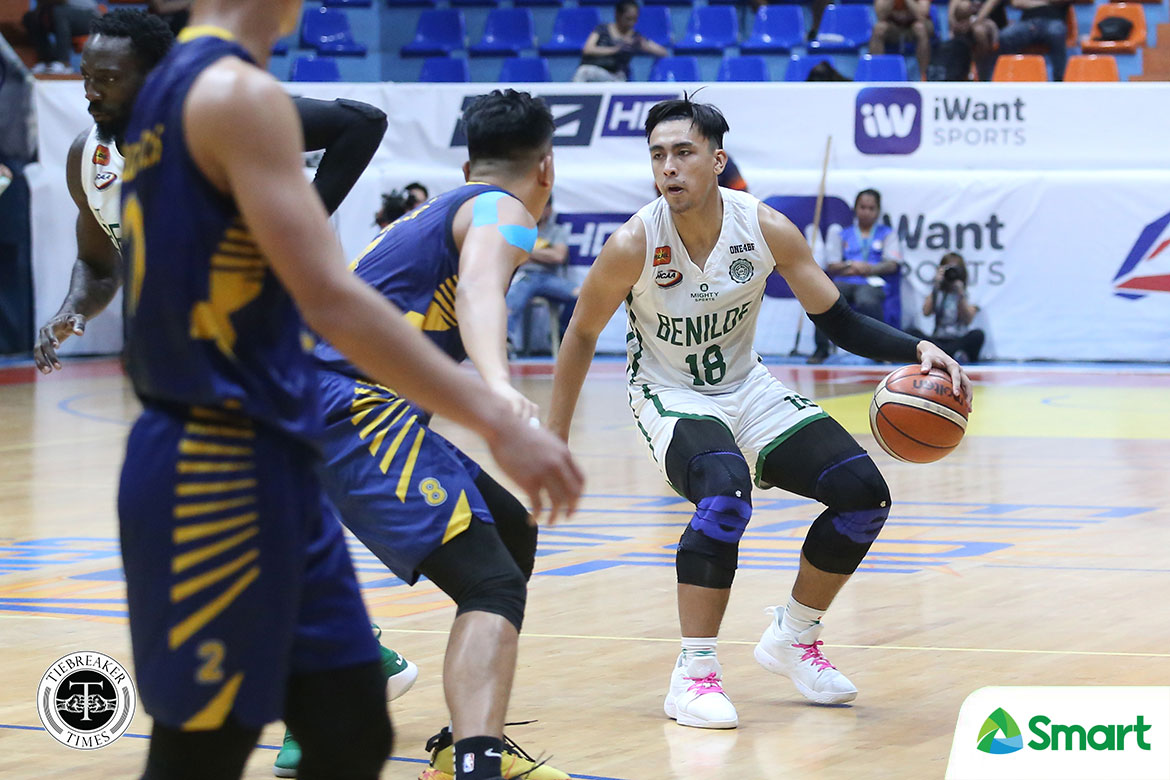 After seeing their playoff dream crash, Saint Benilde made sure that it will end their season on the right note, taking a 66-58 win over Jose Rizal University in its penultimate game in the NCAA Season 95 Seniors Basketball Tournament, Tuesday.

“We just needed to relax and calm down,” said coach TY Tang. “Andyan na naman kami sa inconsistencies namin. I feel that dapat by this time of the season, hindi na ganoon.”

Up by as much as 18 points, the Blazers saw their lead dwindle down to just one, 59-58, after a John Amores triple late in the game.

Prince Carlos though answered right back with a three of his own to stop Benilde’s bleeding.

Justin Gutang took charge from there, picking the pocket of JL Delos Santos before throwing down a huge slam before sealing the game with free throws.

Carlos and Unique Naboa had 13 points each for the Blazers.

“It’s the same thing that we preach, it’s the constant growth, to get better every day, and always hold that winning attitude,” said Tang as their 8-9 slate is not enough to be in contention for a Final Four slot with just two game days left in the season.

JRU, who fell to 4-13 together with EAC and Arellano, was led by the 10-point outing of Amores and Delos Santos.