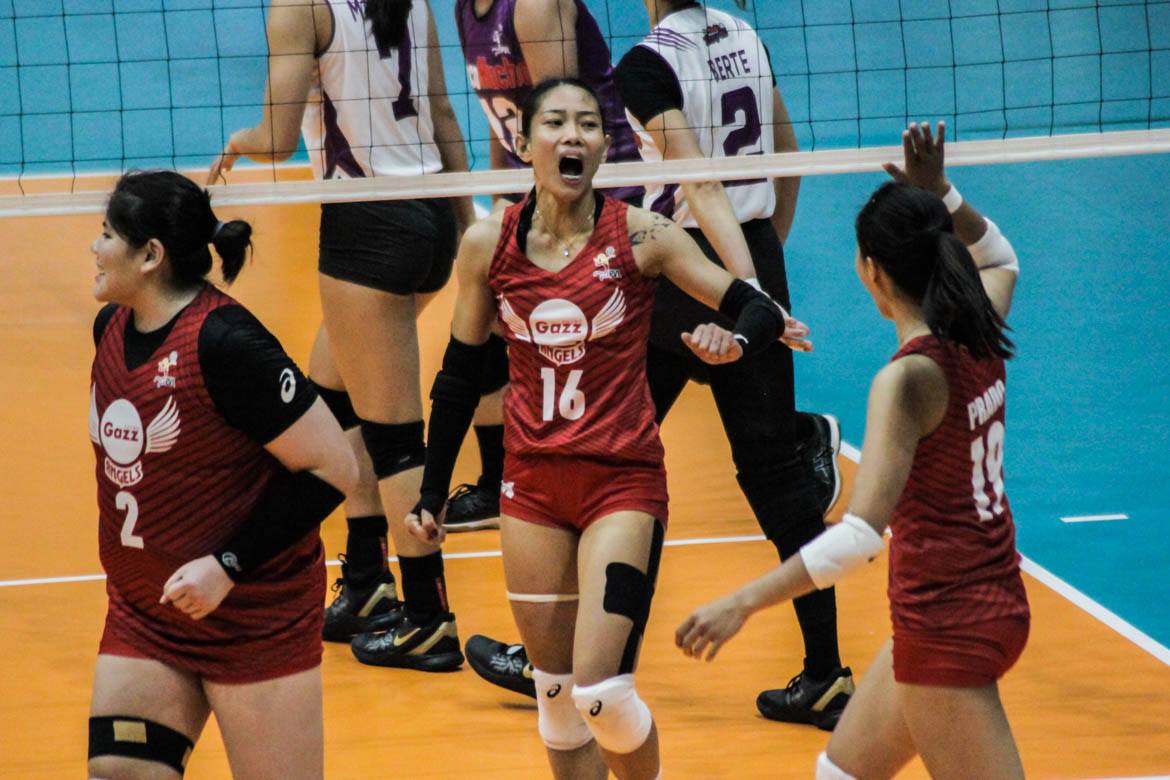 Fueled by a balanced offensive thrust, Petro Gazz caught fire in the rubber set, racing to a commanding 8-0 spread.

Though the Angels saw their dominant surge come to a halt with an error, Cai Baloaloa restored order as they continued pounding the Flying Titans.

After a series of miscues from Choco Mucho, Petro Gazz ballooned its lead to 10 at 13-3. Cherry Nunag and Prado then put up the finishing touches.

Tolentino erupted for 24 points built on 21 attacks, a pair of blocks and an ace. The former Ateneo Lady Eagle provided the momentum-swinging hits that helped Choco Mucho crawl back from the deficit, only to fall short in the decider.

The Flying Titans spiraled down to three consecutive losses, dropping to seventh with a 2-4 card.

Petro Gazz look to stretch their streak to four when they face Motolite on Sunday, September 8. Meanwhile, Choco Mucho will try to arrest their skid against the struggling Air Force on Wednesday, September 11. Both matches will be played at the same venue.