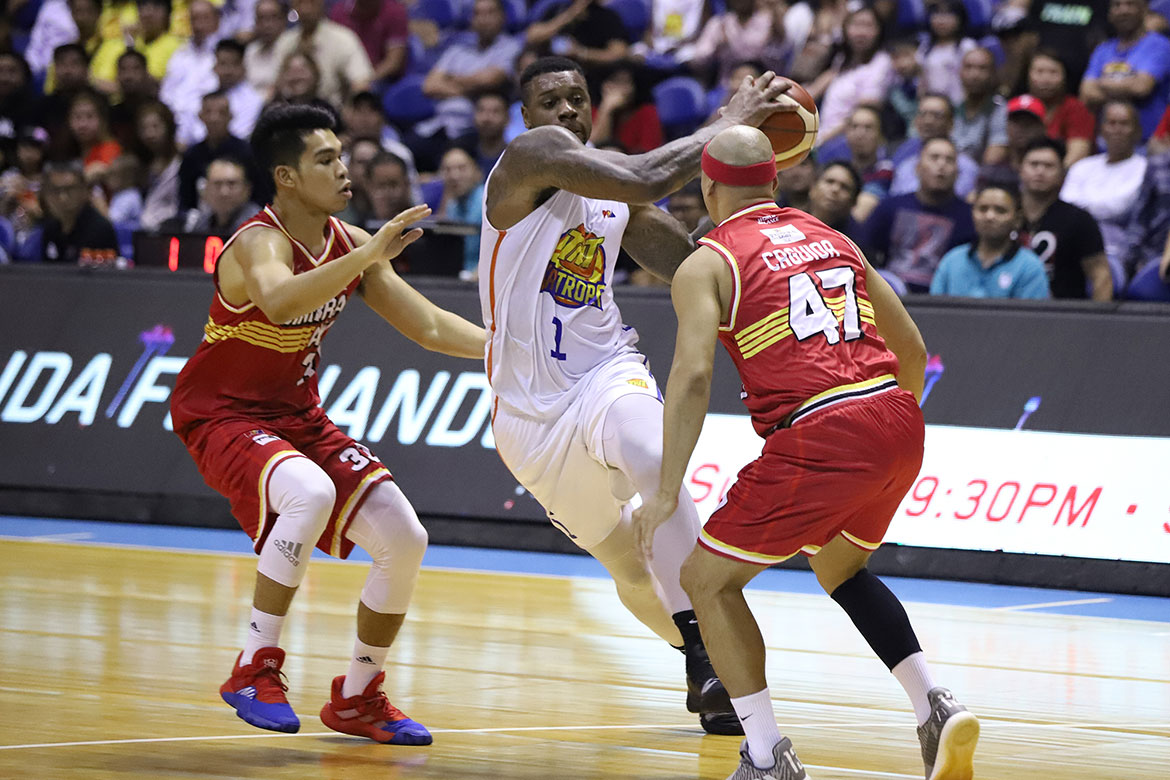 The TNT KaTropa completed a comeback to frustrate the Barangay Ginebra San Miguel, 95-92, and take a 1-0 lead in their 2019 PBA Commissioner’s Cup best-of-five semifinal series, Friday evening at the SMART Araneta Coliseum.

The two also proved pivotal for TNT down the stretch, spearheading a furious 17-5 rally that saw them flip an eight-point deficit with less then eight minutes remaining in the final frame, to a 93-89 lead with 1:30 on the clock.

And when the Gin Kings knocked within just one, 93-92, with 39 seconds left, Jones stepped up on both ends. He first blocked Scottie Thompson’s putback, before sinking a dagger lay-up off a drive with 10 ticks left.

“Defense got us the win. It really helped us especially at the end of the game,” said TNT head coach Bong Ravena.

Anthony Semerad had 17 points on four three-pointers for the KaTropa. But he was not able to finish the match, as he suffered a shoulder injury with 39 ticks left to play after diving for the loose ball against Justin Brownlee.

Jayson Castro had 12 points, fout assists, and three rebounds, while Roger Pogoy chimed in 10 markers in the win.

Brownlee made 23 points, 15 boards, and nine dimes to lead Ginebra. He helped the Barangay build an 11-point lead late in the third, but he became the target on defense afterward and was held to just a point in the final frame.

Game Two of race-to-three series will be on Sunday, July 28, 6:15 PM still at the SMART Araneta Coliseum.