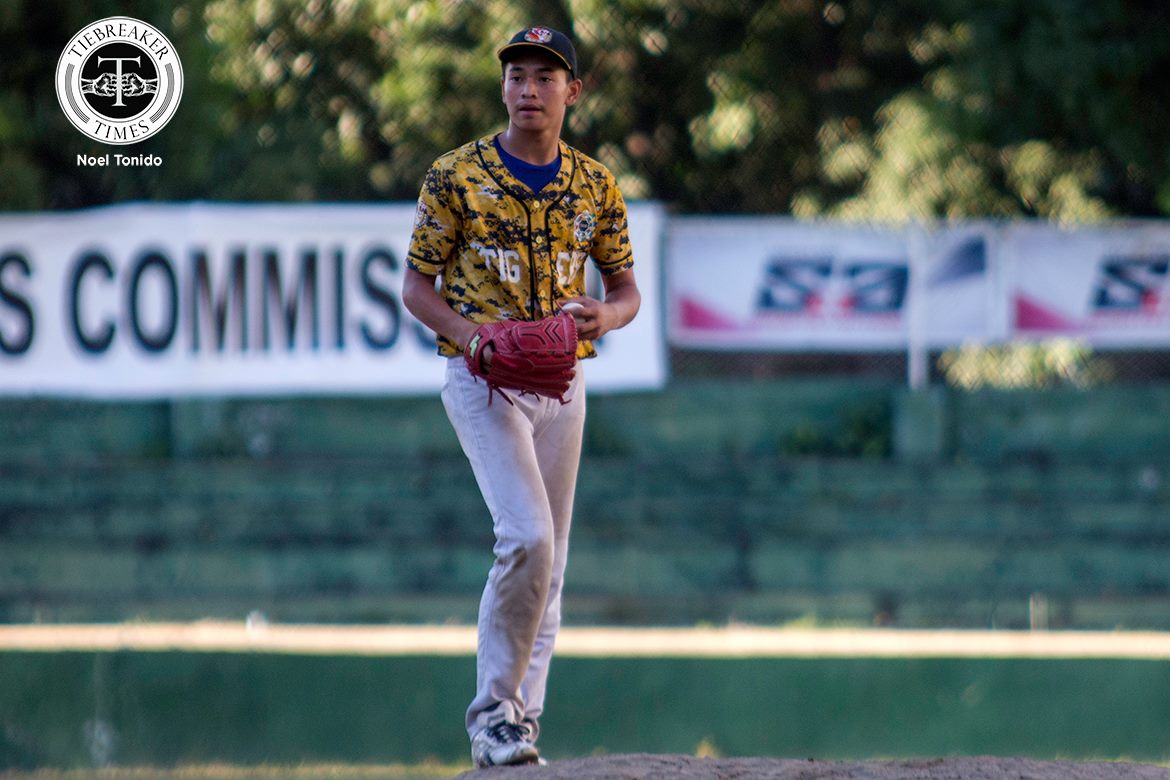 In a rookie-laden team, it was Ron Dela Cruz who stepped up to the mound to lift the University of Santo Tomas Growling Tigers to the win column.

This is a morale-boosting win for the Golden Sox, who were coming off a 13-3 beating at the hands of the Ateneo Blue Eagles last Sunday.

And Santiago still relied on one of his veteran players to seal the deal for the Golden Sox.

After seeing their eight-run lead dwindle to three in the final inning, Dela Cruz – who was the revelation of the Season 79 tournament – was called upon as the fourth pitcher of UST in the game. The lefty pitcher was calm as a rock, striking out the last two Soaring Falcons batters to seal the victory.

But it was not just Dela Cruz who had an excellent outing.

Rookie John Lipalam registered his first win at the seniors level, holding off Adamson in the first three innings. He had two strikeouts in the first 3 2/3 innings of the game before caving in the fourth.

On offense, UST were on fire to start the game, as Gio Martinez sparked a five-run third inning via a two-RBI single. But Adamson’s own offense came alive in the later innings. A Richard Matic run in the fifth inning, coming off an error, put Adamson on the board.

Later on, UST reliever Ian Llave could not hold off the Soaring Falcons in the eighth inning, as Adamson punched in four more runs, highlighted by a two-RBI double by slugger Steven Manaig.

From there, Dela Cruz did what he does best for UST.

Hermenegildo Janiola dropped his first UAAP game for Adamson, on the other hand.

UST look to build on this triumph when they take on fellow young team National University Bulldogs on Sunday, February 24 at 7:00am. On the other hand, Adamson will hope they can bounce back at the expense of the University of the Philippines Fighting Maroons on the same day.