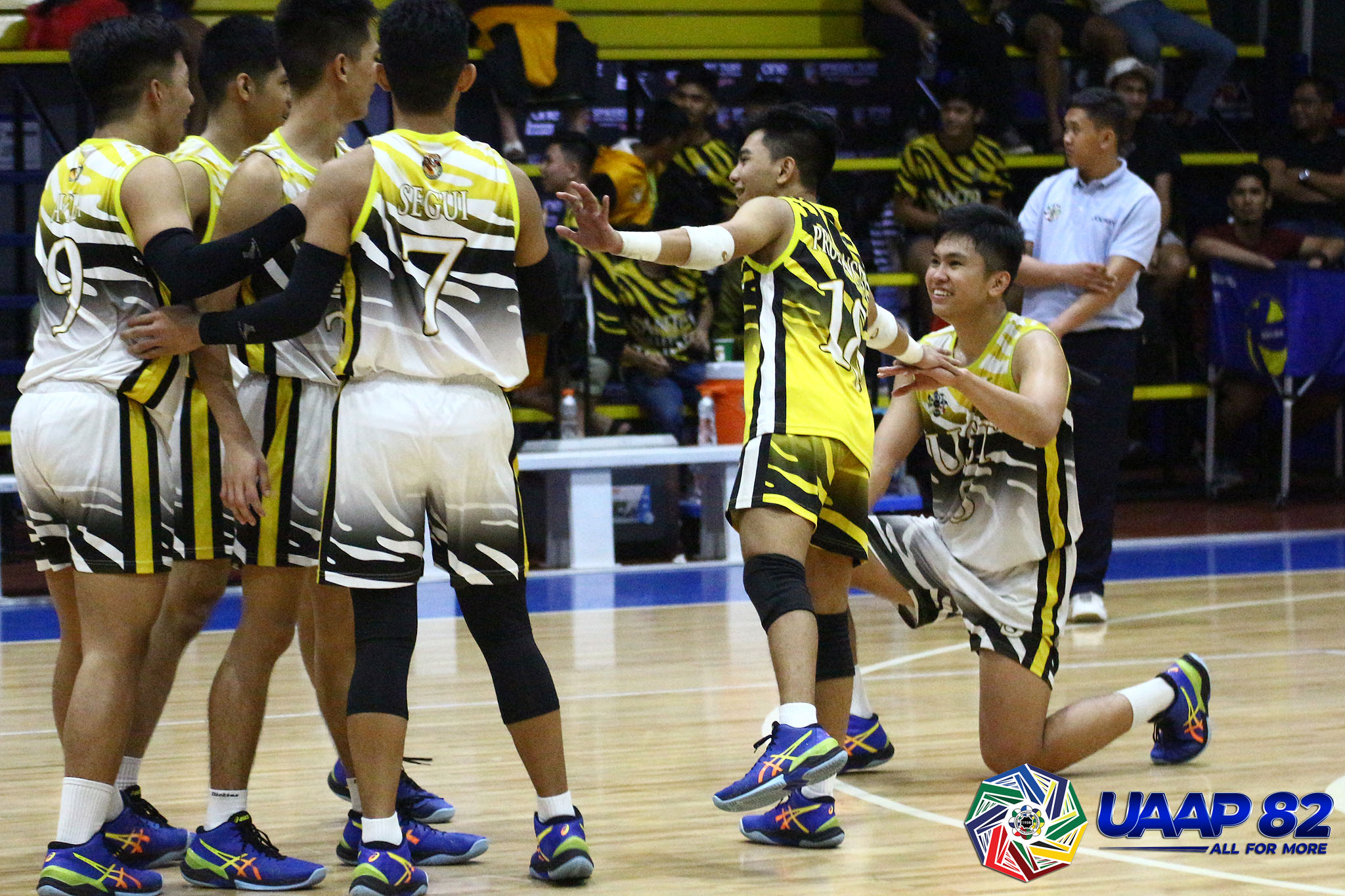 It was De Vega who starred UST’s fightback from a 2-11 deficit in the second set with five consecutive service aces to tie the game at 13-13.

The Junior Tiger Spikers then went toe-to-toe with the Baby Falcons and hang on to take the commanding 2-0 set lead.

UST started the third set by scoring nine of the first 10 points and never looked back to move on to the Final Four.

Libero Vantracy Prudenciado provided the floor defense with 22 digs while CJ Segui poured in 11 receptions and five points for the Tiger Cubs.

UST will open its semifinals series with twice-to-beat Far Eastern University-Diliman on Sunday at the Blue Eagle Gym.

The other pairing pits No. 2 University of the East and No. 3 National University-Nazareth School.

Ranged against top-ranked Baby Tamaraws, the Tiger Cubs will work double-time to pull off a reversal.