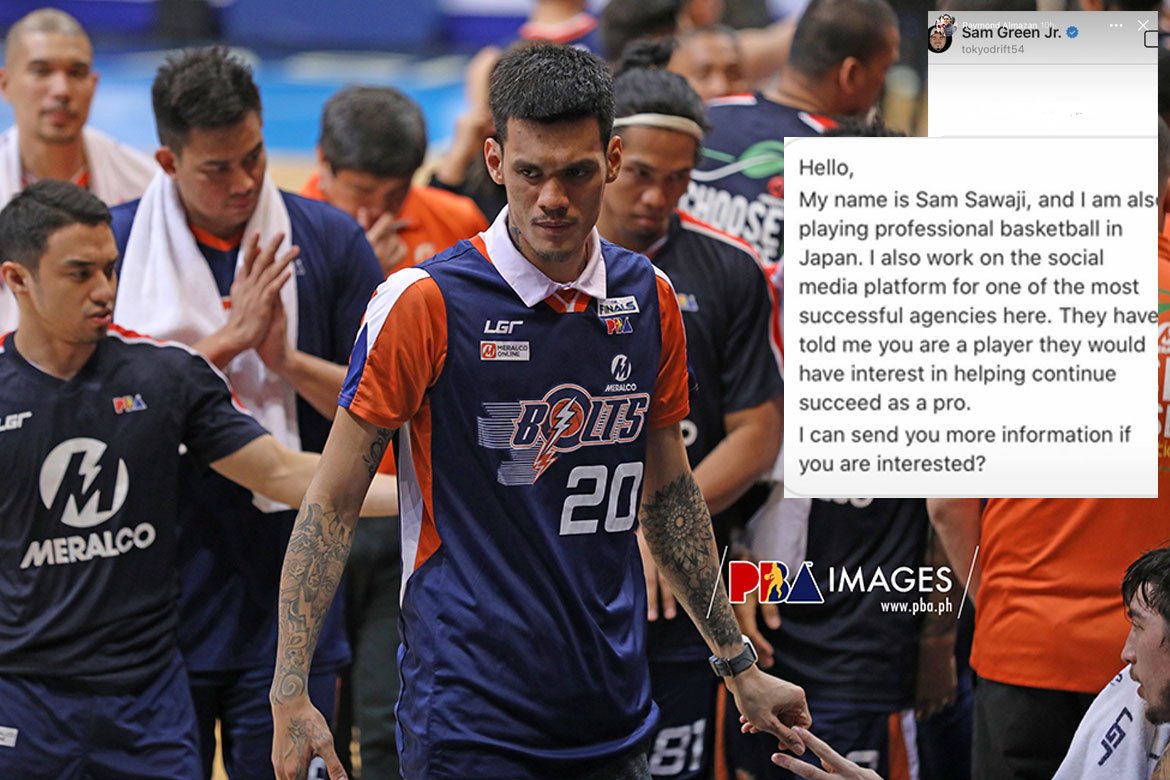 Clubs from the B.League continue to lure PBA players over on social media.

A day after Calvin Abueva’s agent received notice of the interest of a Japanese club in Abueva, Raymond Almazan also received interest from a club.

This time around, it was a player who recruited him. American-Japanese guard Samuel Sawaji of Tokyo Cinq Rêves directly messaged the seven-year pro. 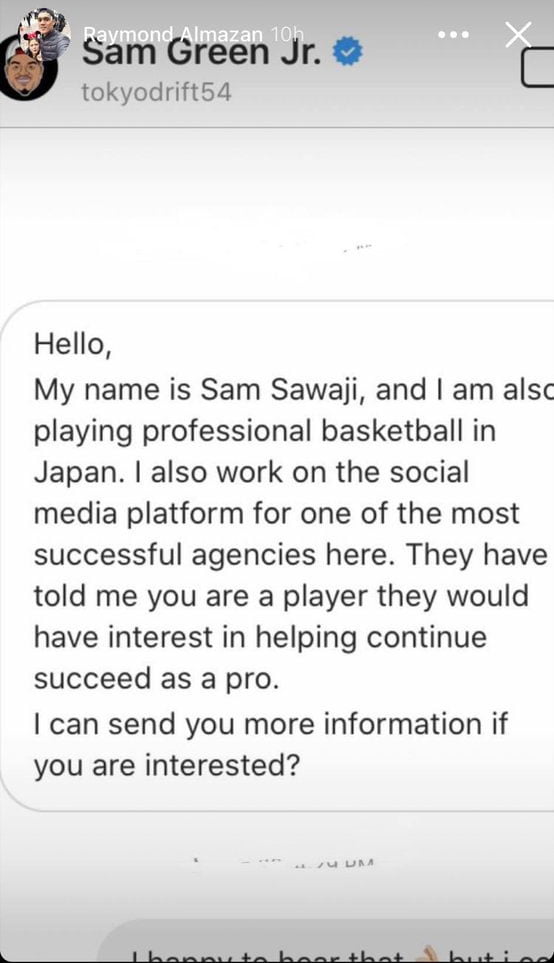 Sawaji is an eight-year pro in Japan’s premier league.

Almazan, though, politely declined the offer.

Currently, the 6-foot-8 native of Orion, Bataan is at a start of a three-year max deal with Meralco. And just like Abueva, the PBA is currently his priority.