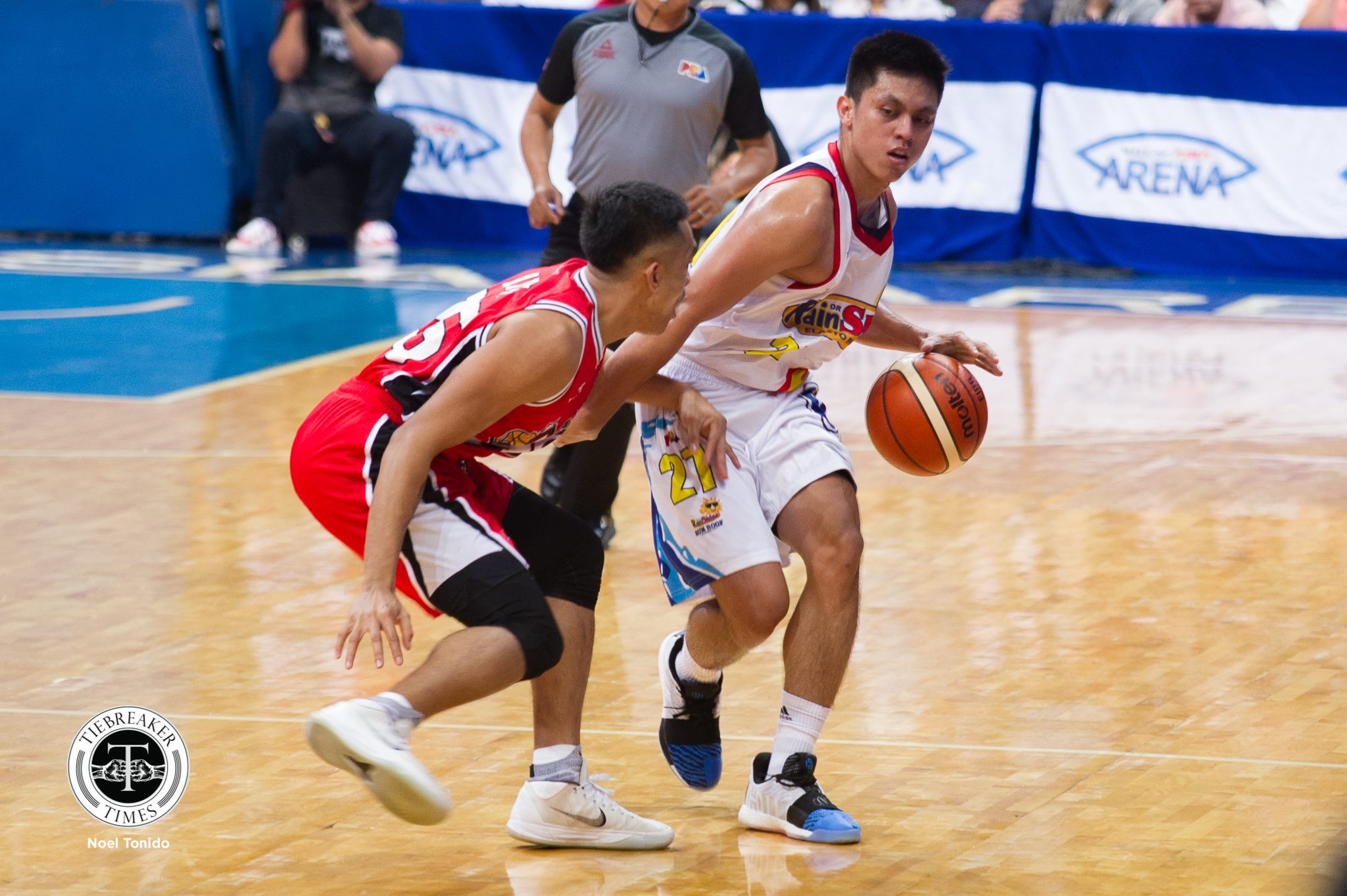 Despite being tasked as the league’s welcoming committee, the streaking Rain or Shine Elasto Painters still gave the injury-riddled Alaska Aces a rude awakening in their 2019 PBA Philippine Cup debut with an 85-72 conquest, Sunday evening at the SM Mall of Asia Arena in Pasay City.

The Elasto Painters broke away wide in the opening frame, turning a one-point deficit to a 25-14 lead following a 13-1 scoring spree. RoS never looked back since, and even went on to lead by as many as 22, 55-33, in the third canto.

Rain or Shine defeated an incomplete Alaska team, as four of their five starters in JVee Casio, Simon Enciso, Kevin Racal, and Vic Manuel all sat on the sidelines due to their respective injuries. Their return has yet to be known.

“It’s a good win for us. We’re lucky that Alaska couldn’t come up with a full line-up, at the same time may first game jitters pa,” said Elasto Painters head coach Caloy Garcia. “Now we can give our players two days off.”

All but two Elasto Painters scored in the victory, with sophomore guard Rey Nambatac leading the pack with 12 points. Beau Belga made 11 points, six rebounds, and five assists, while Raymond Almazan had 10 markers.

READ  Black confident Alapag will be a good coach for Alab

Rain or Shine will look to sustain their run when they battle NorthPort Batang Pier on Friday, February 8, while Alaska will look for their first win versus Columbian Dyip on Wednesday, February 6. The games are still at the MoA Arena.