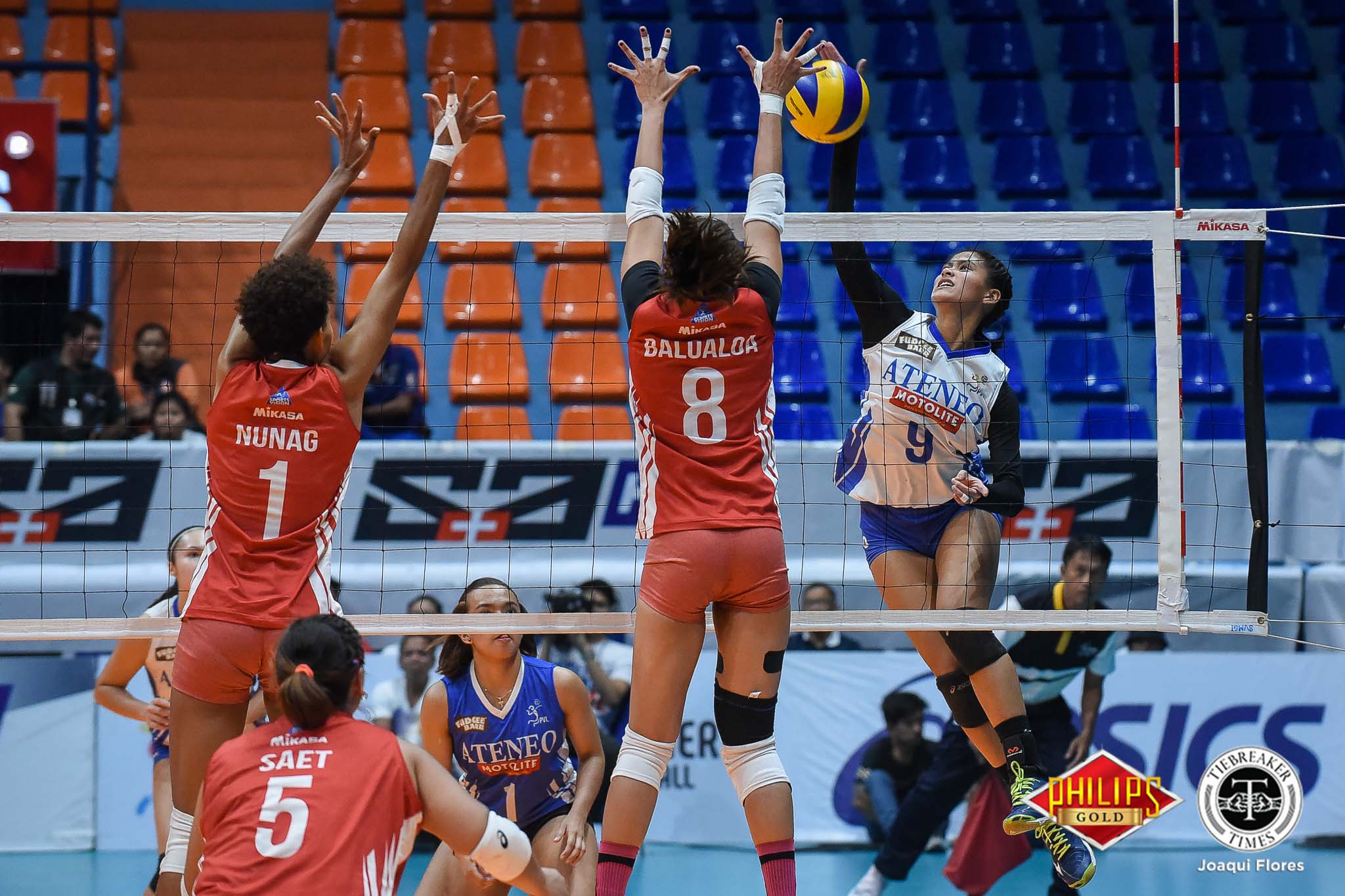 One of the most energetic volleyball players in the country broke through to keep the Ateneo-Motolite Lady Eagles alive in the Premier Volleyball League Open Conference.

The fourth-year open hitter had her most efficient game yet. She also showed more comfort in her role as one of Ateneo’s go-to scorers.

Through her first three years in the Loyola-based program, Gaston has mostly been used as an off-the-bench option. The effervescent 21-year old admits that she still has several kinks to work out to fully adjust to starting. Still, she is willing to do whatever first year head coach Oliver Almadro asks of her.

“For me, it doesn’t matter if I start on the bench or if I start inside, because we’re one team naman. Coach says to the girls who aren’t playing that ‘everyone has to be ready, because if I put you in you have to perform.’

“So ako siyempre, sanay ako coming from the bench, so I always get first-game jitters starting. Parang now I‘m just starting to get used to it. But, I just have faith in my teammates na sasaluhin nila ako kahit mage-error ako or puntos ko,” shared the fourth-year Lady Eagle.

In the winner-take-all Game Three, Gaston asserted the team’s need to learn their new system. As one of the youngest squads in the tournament, the Lady Eagles have nothing to lose in facing a veteran team like BanKo.

“He’s not afraid to point out our mistakes. Even if it’s our point – let’s say misreceive ko, pero we got the point – he’s not afraid to call me out or call the other girls out for the errors kasi ‘yun nga, perfectionist din si coach O,” the 5-foot-9 spiker opined.