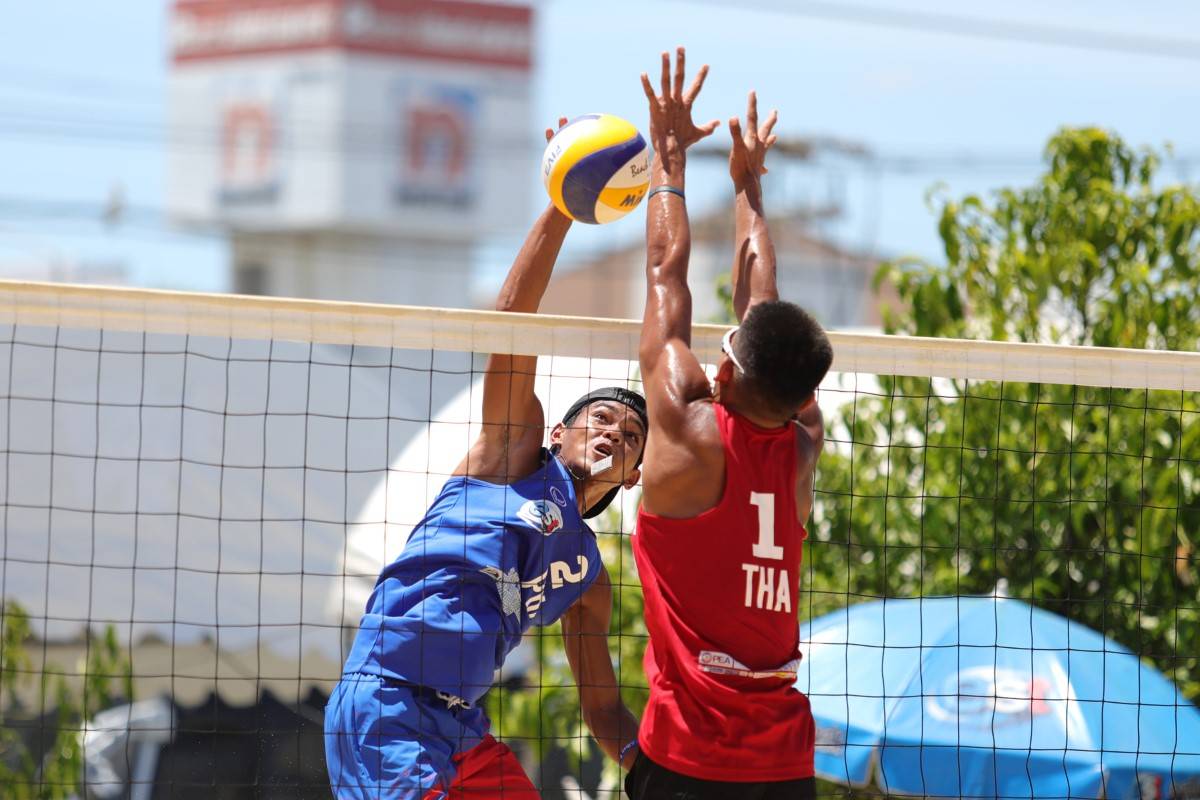 Muadpha wreaked havoc in the two-setter match, dropping 23 points on his own, while Muneekulhad nine markers including five blocks.

On the other hand, the Filipino tandem only managed 14 combined points with Dela Noche producing 11.

What kept the Philippines within striking distance were the Thais’ errors as they had 19 in the game.

The Philippines was down by just one in the first frame, 18-19, but a Muadpha off-the-block kill followed by a net touch violation gave Thailand the upper hand, 1-0.

In the second set, the Nationals were just behind 12-14 before the Thais went on a 9-3 closing barrage to ice the win.

The 18-year-old Filipinos need to beat Iran-2’s Amir Reza Zamani and Armin Kami tomorrow in order to advance to the crossover quarterfinals.