MABALACAT, PAMPANGA — Two Philippine teams had one foot in the door to their ultimate goal, while the third one was left to worry about what lies ahead, Friday at the Villages.

The Philippines Men’s National Baseball Team and RP Blu Girls thrashed their respective opponents to advance to their respective gold medal games in the 30th Southeast Asian Games. Meanwhile, the Blu Boys could not overcome their bane for the entire year, Singapore.

Behind Paulo Macasaet steered the nationals to a 4-0 sweep after racking up a dominant 14-1 win over Indonesia.

Macasaet, a product of Ateneo, allowed just one hit while striking out three in four innings pitched.

His relievers Vladi Eguia, Arvin Herrera, and Junmar Diarao sustained Macasaet’s momentum. The quartet became unsolvable riddles that the Indonesians could not solve.

The Philippine offense was also on fire, tallying 14 hits in the contest.

In the first inning alone, the Filipinos already had three hits that resulted in four runs. Highlighting the dominant romp was Jonash Ponce’s solo homerun in the fourth inning.

On the other hand, the Blu Girls — now gunning for their ninth SEA Games gold — completed a five-game elims sweep after making quick work of Malaysia, 12-0.

And coach Ana Santiago, who was handling coaching duties as Randy Dizer had a family matter to attend to, utilized her entire bullpen for the game. Ann Antolihao, Royevel Palma, Ezra Jalandoni, and Lyca Basa all had a chance to pitch an inning in the game.

On offense, the Blu Girls had 11 hits led by Cheska Altomonte, Angelie Ursabia, and Garrie Blando.

Both squads now await their respective opponents. The games take place on Sunday. 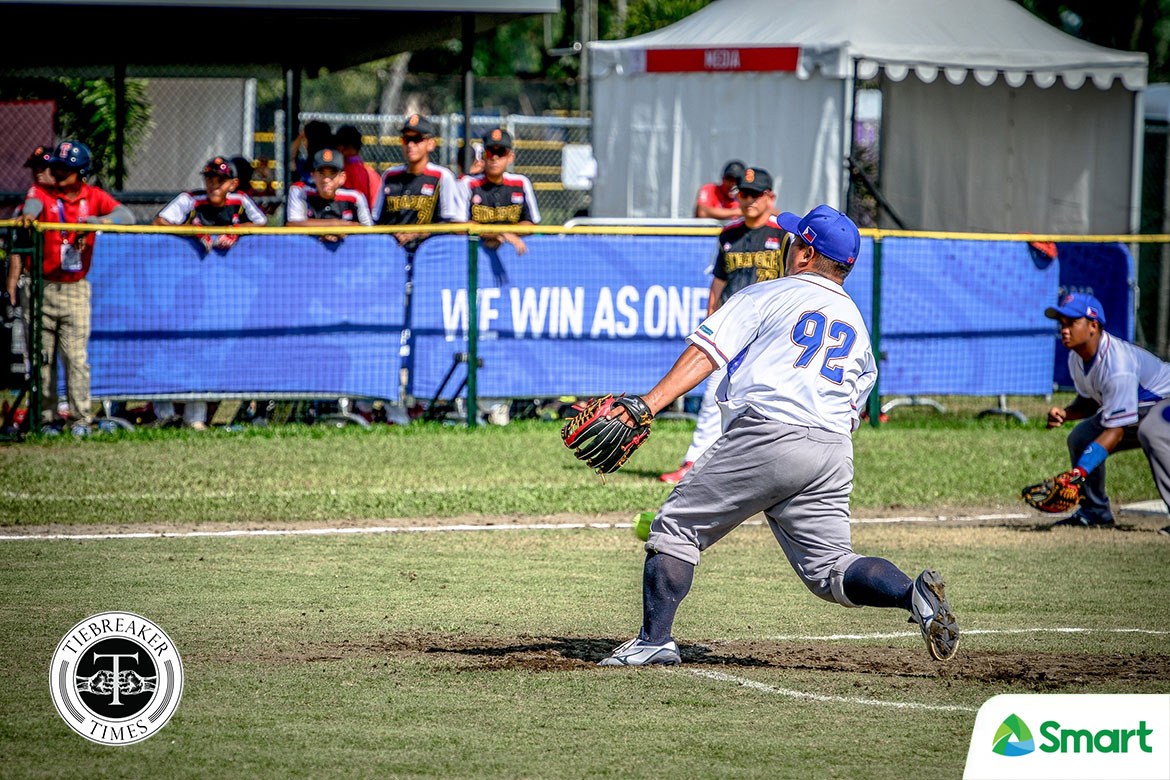 While their counterparts have some respite, the Blu Boys will figure in a knockout semis first on Saturday as they lost to Singapore, 3-4.

This was not only the Philippines’ first loss in this tournament, but also its first since 1999.

The offense was there, but the team had problems in pitching. Marlon Pagkaliwagan and his reliever could not contain Singapore in the first three innings.

The Philippines tried to perform a late-game hijack, but things were too little, too late.

The Blu Boys’ semis game takes place on Saturday at 10:00am.