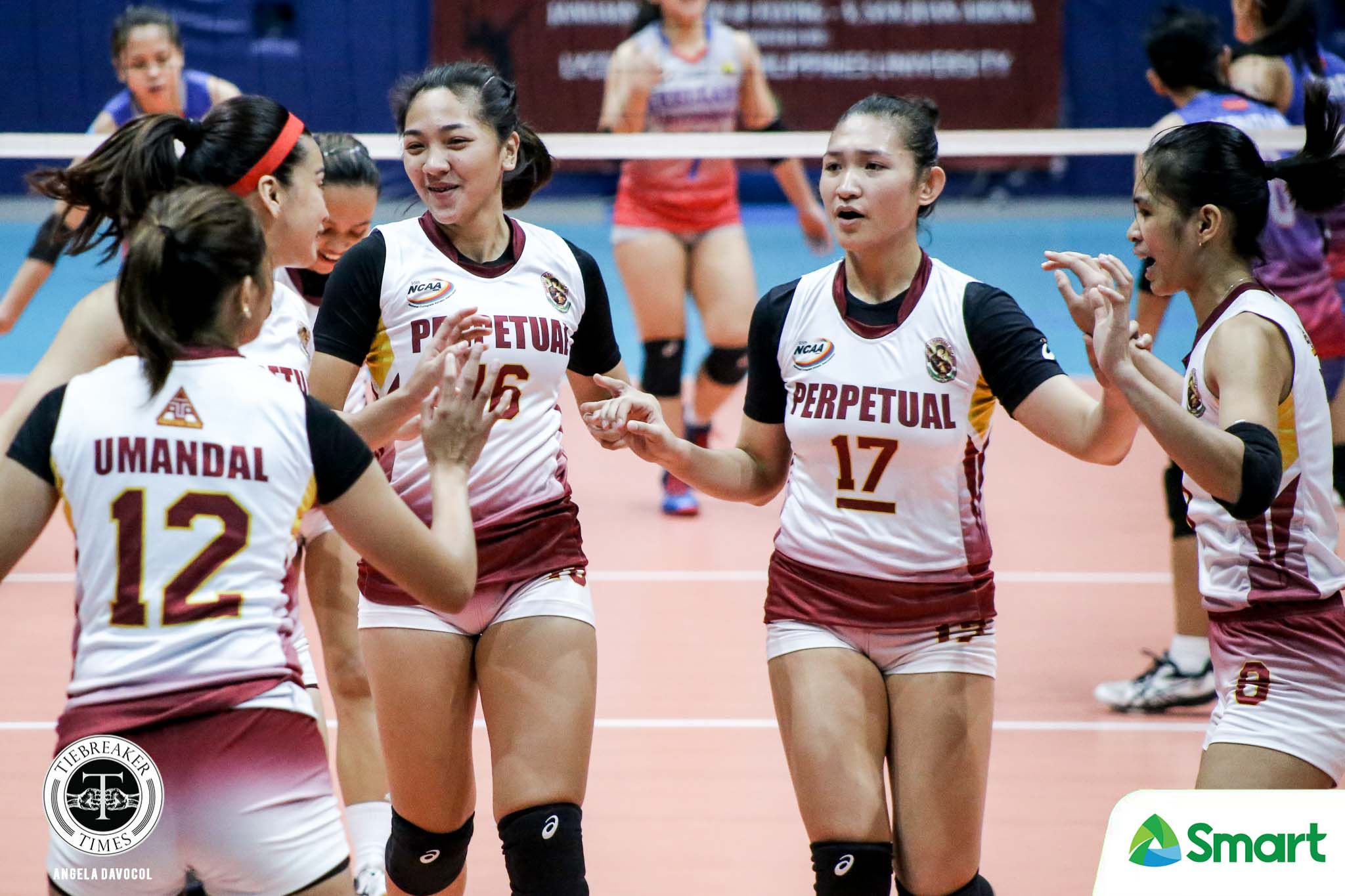 The Lady Altas displayed grit and composure with their backs against the wall in a rematch of last year’s Finals. They leaned on their stifling net defense, staging a massive comeback that put the unbeaten streak of the defending champions to a screeching halt.

The Lady Altas have strung five consecutive victories after losing their season opener to St. Benilde. They have risen to joint second place with their latest victims at 5-1 — behind the Lady Blazers, who possess a 5-0 slate.

Converted setter Jenny Gaviola also proved instrumental in the resurgence. Besides churning out the offense for the Lady Altas, Gaviola wreaked havoc above the net after collecting seven of her team’s 12 blocks to end up with 12 markers.

Errors spelled the difference as well. In the match that lasted for over two hours, the Lady Chiefs coughed out an eye-popping 48 miscues to Perpetual’s 30. In hindsight, the former almost gave up two full sets from errors alone.

Regine Arocha wound up with a game-high 23 points on top of 10 excellent receptions for a double-double performance that went down the drain. Princess Bello’s 16-point output also went for naught.

Perpetual seeks to carry on momentum when it faces San Beda on Friday, February 7. Meanwhile, Arellano tries to make a quick return to the win column when it collides with Letran on Tuesday, February 4. Both matches will be held at the same venue.