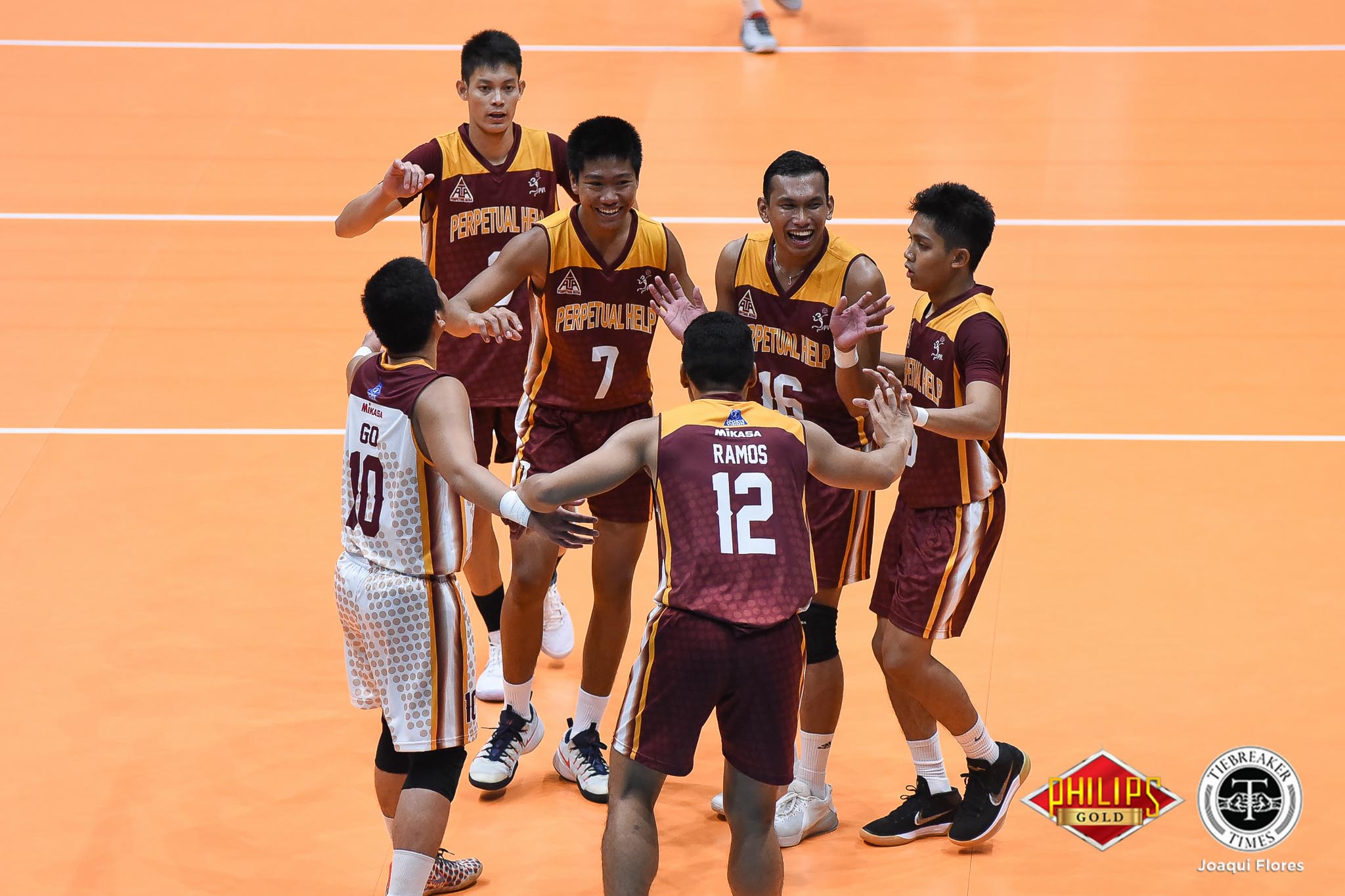 One more win to get back to the promise land.

Reigning NCAA men’s volleyball champions University of Perpetual Help System DALTA Altas moved to a win away from getting back to the Finals as they demolished the San Sebastian College-Recoletos, Golden Stags 25-19, 25-20, 25-21, Tuesday morning at the FilOil Flying Centre.

Three players carved double-digit production in the short contest led by last year’s Rookie of the Year and Most Valuable Player Joebert Almodiel at 18 points, 13 on attacks, along with four aces and a block. Middle hitter Roniel Rosales and wing spiker Aljoe Sereno pinched in 11 and 10 markers, respectively.

Nonetheless, the champion mentor is optimistic that his wards will turn this around. “I hope sa next game, and if God willing, ma-sweep namin, gagawin namin pati yung sa psychological.”

Romeo Teodones led the Golden Stags once again at 10 points.

The Altas will take on the Jose Rizal University Heavy Bombers (2-6) on Thursday, January 17, at 10:00 am. A win for the Altas will send them straight to the Finals for the second consecutive season. A loss will derail the Altas’ entry to the last dance, as they will face the Emilio Aguinaldo College Generals first in the old-fashion Final Four.

In the afternoon’s men’s outing, the College of Saint Benilde Blazers (8-1) assured themselves of the second spot – which gives them either the twice-to-beat advantage or the stepladder semifinals bye – after taking care of Mapua University in three sets, 25-23, 25-14-25-15.

#ReadMore  Tornadoes breeze past HD Spikers, go back to .500

The Taft-based squad committed most of their errors in the opening set, leaving the door open for the Cardinals, who even lost ace spiker Alfred Pagulong early in the frame on ankle sprain. Nonetheless, miscues from Mapua surrendered the set to the opponents.

From there Roniey Adviento and the rest of the Blazers quashed the Intramuros side on all fronts. The outside hitter ended with 11 points, as skipper Francis Basilan added 10.

The Cards finished at 2-7 for the season, while the Stags are just outside the semis picture at 4-5.