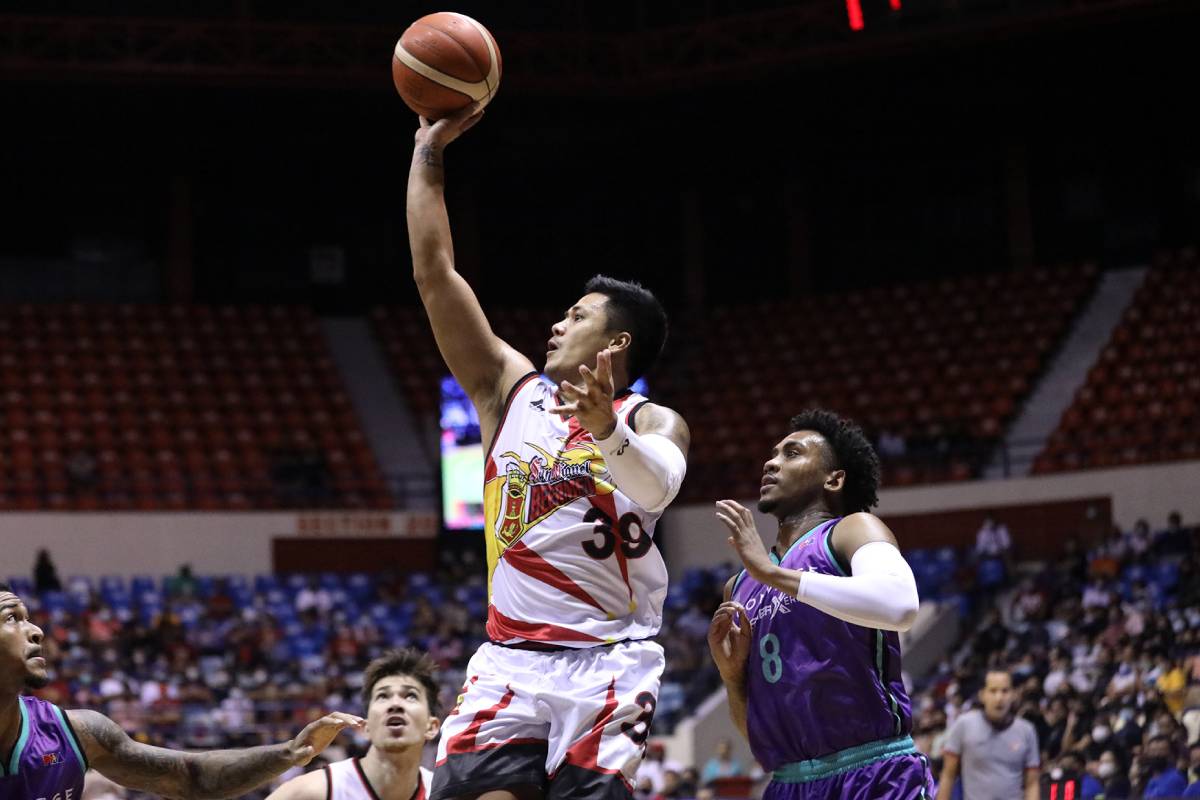 ANTIPOLO – San Miguel cruised past Converge, 111-92, for its biggest win yet in the 2022 PBA Philippine Cup, Sunday night at the Ynares Center here.

The Beermen received plenty of contributions from their stars in yet another solid flex of depth on the way to pick themselves up from that sorry loss to Ginebra a couple of nights ago for their fourth win of the tilt.

With this, SMB is now sharing leadership of the team standings with the Kings as both the title favorites tote identical 4-1 win-loss records.

“We motivated ourselves after that loss,” said head coach Leo Austria as his team was undefeated in three games before bowing to the Kings.

Jericho Cruz turned in his best game in a San Miguel uniform with 22 points, including 18 in the first half alone where they scored 62 while limiting the opposition to just 38 as the latter just couldn’t find an answer.

CJ Perez notched his first career triple-double with 15 points, 13 rebounds, and 12 assists — also the first trip-dub of the season.

Mo Tautua’a had 19 points and 10 rebounds, while June Mar Fajardo registered his own double-double with 18 and 16 alongside four blocks in a performance that saw him nail a rare three-pointer during the first half.

Marcio Lassiter supplied 12 points, and Michael Canete maximized the chance he was given with 10 points as six scored in twin digits in the win.

“I’m happy for them because everybody stepped up, and some of the players, especially Mike Canete, was able to unleash his potential,” Austria said.

San Miguel will next battle the struggling Rain or Shine (1-4) on Wednesday at 6 p.m. at the SMART Araneta Coliseum.

Allyn Bulanadi had 22 points and Mike DiGregorio made 21 as the two led Converge, who absorbed its fourth loss in six games.

The FiberXers will face the Kings in yet another tough assignment on Friday at 6 p.m. also at the Big Dome.