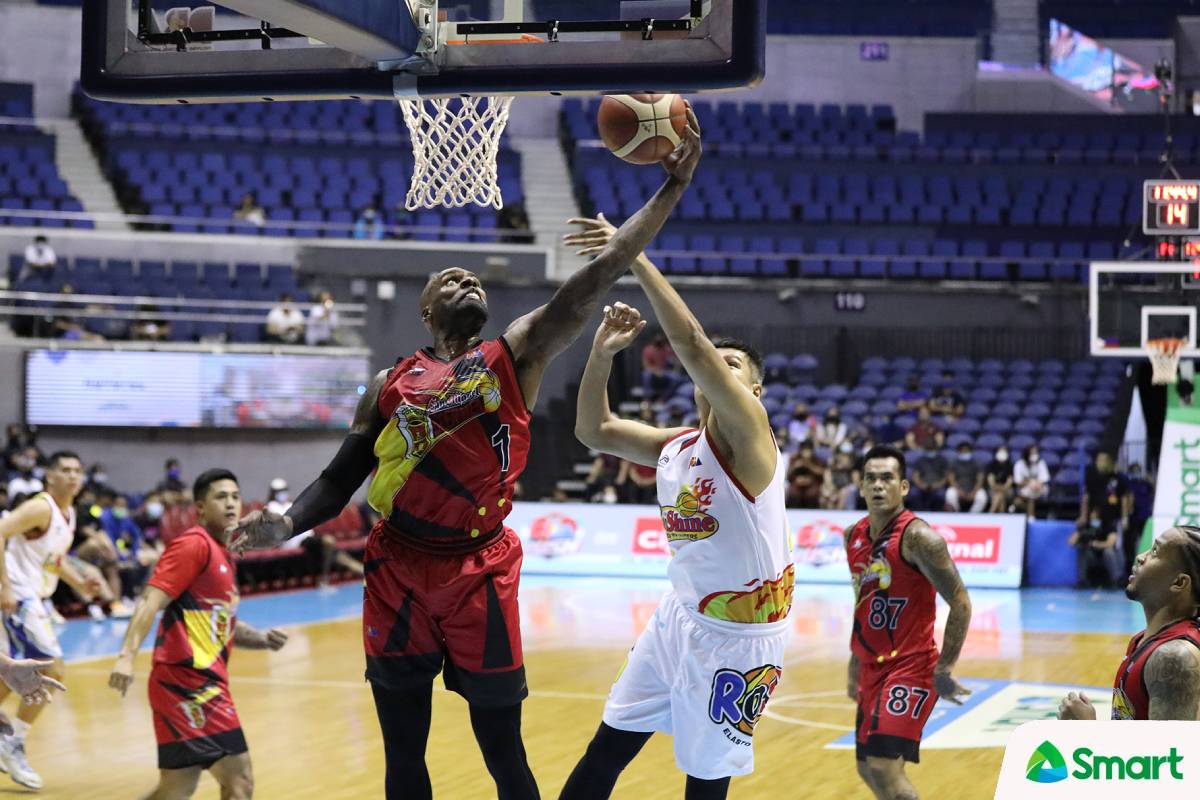 Shabazz Muhammad finally scored his first PBA win as he led San Miguel past Rain or Shine, 104-100, to boost their quarterfinal aspirations in the 2021-22 PBA Governors’ Cup, Thursday night at the SMART Araneta Coliseum.

The NBA veteran finished with 33 points, 21 rebounds, and six assists as he showed how eager he was to bounce back after suffering a 104-87 beatdown in his debut versus league leader Magnolia last Sunday in Antipolo.

Muhammad was the one who sealed the win by sinking both of his freebies with 11.4 seconds left. He took the fight out of the Elasto Painters, who melted a 19-point second quarter deficit to just two multiple times in the final minutes.

“‘Yung energy niya, ibang-iba,” lauded head coach Leo Austria of the 29-year-old. “In our first loss with him, he was so disappointed, and he told us that he will bounce back. That’s why he was so focused in this game.”

The locals made their presence felt as well in the victory that hiked SMB’s record to 6-4 and, more importantly, kept its Top Four hopes alive.

Vic Manuel finished with 18 points on a 57-percent clip, while Terrence Romeo supplied 17 points on top of his six assists and four rebounds.

The two helped out Muhammad in warding off the opposition. They took turns in making key baskets in response to the exploits of Rey Nambatac, who kept Rain or Shine in the fight with his own conversions.

Reigning, six-time MVP June Mar Fajardo made 14 points and seven boards, as CJ Perez chimed in 11 markers and eight caroms for the Beermen.

“We know the situation right now — if you lose, you won’t have a good chance to get into the quarterfinals. But with this win, I think meron na kaming chance,” said Austria, whose team has tied Alaska (6-4) at the fourth spot.

San Miguel will look to strengthen its bid for a Top Four finish further against Meralco (6-3) on Saturday, 6:30 p.m., still in the same venue.

Meanwhile, Henry Walker finished with 23 points and 10 rebounds to lead Rain or Shine, who absorbed its fourth consecutive loss.

Beau Belga made 19 points, five rebounds, and four assists. Nambatac had 17 points and eight dimes, while Jewel Ponferrada and Javee Mocon added 15 and 10, respectively, for the Elasto Painters, which fell to 3-7.

Rain or Shine will now hope to save whatever chance it has for the playoffs against defending champs Ginebra on Sunday, 6:30, at the Big Dome.