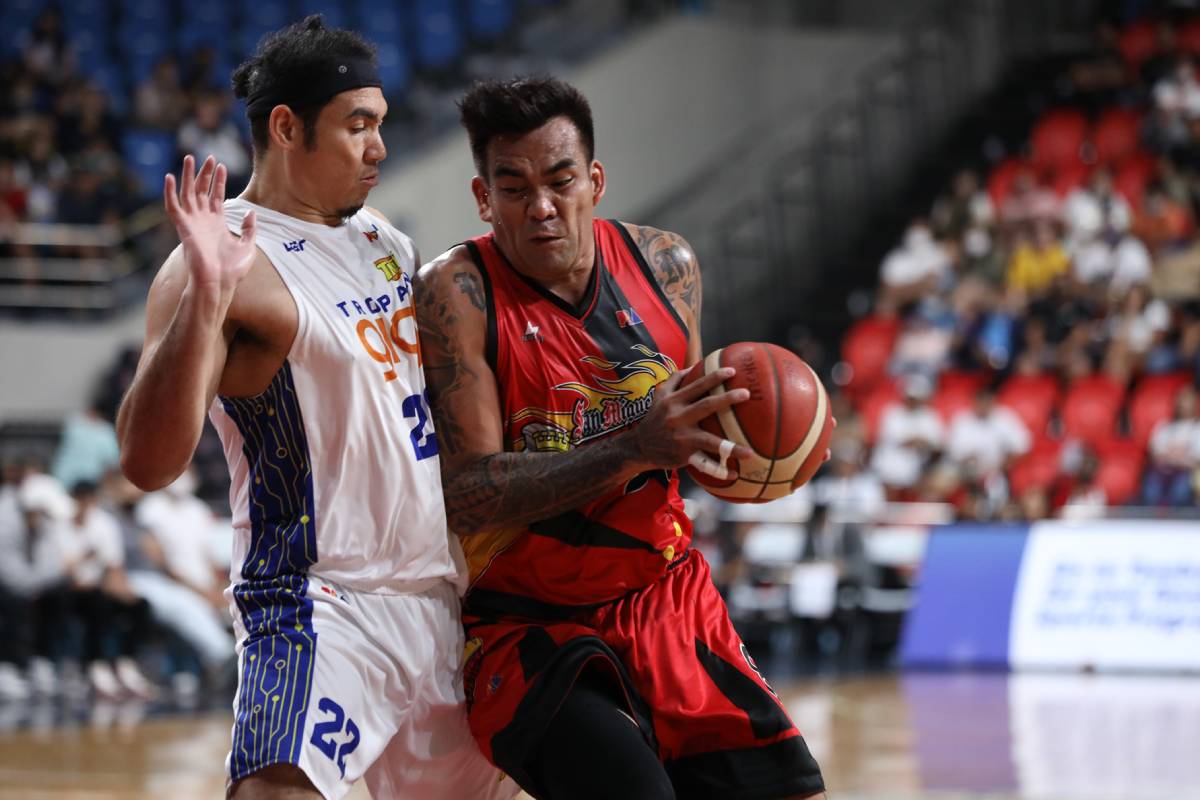 San Miguel sure knows how to frustrate TNT.

Months after retaking the Perpetual trophy from their hands, the Beermen laid to rest the Tropang Giga’s PBA Commissioner’s Cup hopes. They walked away with a decisive 119-99 victory, Saturday night at the Philsports Arena in Pasig.

With their depth in full display yet again, SMB eliminated its rivals for the first time with head coach Chot Reyes — who’s missing the playoffs after 24 straight appearances — at TNT’s helm. Additionally, The Beermen added more life to their own bid.

Now winners of three straight despite missing mentor Leo Austria, the reigning conference champions have gained a share of the fifth spot with NorthPort in the team standings. Both clubs carry an identical 6-5 record.

“It brings us a step to our goal, which is the best-of-three,” said lead deputy Jorge Gallent of the victory. “Our goal at the start of the conference was to get the No. 1 and 2 spot, but unfortunately, we didn’t have a chance.

“So, our second goal is to get to the best-of-three.”

A total of seven players finished in double figures in the triumph. Import Devon Scott led the pack with 28 points on 10-of-13 shooting and 14 rebounds, on top of three assists and four of his team’s 11 steals in 35 minutes.

June Mar Fajardo notched 12 and 13 in his second game back.

SMB found its touch early on, enabling the crew to build a 64-40 advantage at the half. They even led by as much as 28 to open the third quarter.

“Our defense really picked up,” said Gallent, as his team held TNT to just a 37.2-percent shooting clip from the floor. “Our mentality now is turning our defense into offense so I think we did a great job defending the plays of Talk N Text.

The Beermen will look to better their chances against another hopeful in Meralco on Friday, December 2, at 3:00 PM, also at the Philsports Arena. This is the penultimate match of the mid-season conference’s eliminations.

Roger Pogoy finished with 23 points to lead TNT in the disappointing defeat.

The loss booted out the flagship MVP Group franchise from contention for the first time in four years, or since missing the 2018 Governors’ Cup playoffs.

The Tropang Giga side were without stars Jayson Castro and Poy Erram due to injuries.

TNT finished the conference at 4-8.