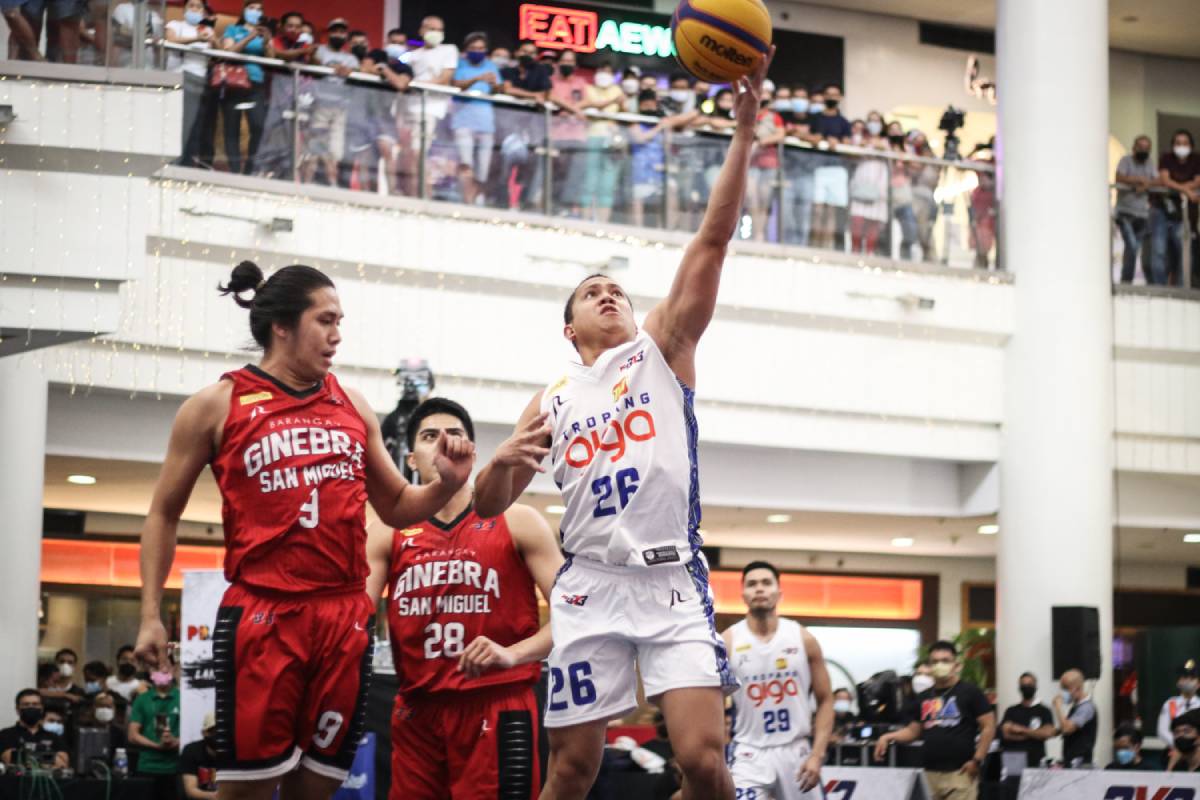 The Tropang Giga were the first on board after beating Barangay Ginebra, 21-15, breaking as well the curse of the previous two Last Dances that saw top seeds yield to the upset axe in the quarterfinals.

Reigning scoring king Almond Vosotros led the way with 10 points for the Tropang Giga, who raced to a 15-5 lead and never let up since then.

The Beermen then followed suit after outlasting Platinum Karaoke through a 10-8 decision in a low-scoring affair that needed to go to overtime.

Wendell Comboy top-billed for the winning side with seven points, none bigger than his game-winning two-pointer to tow San Miguel to the penultimate stage even without top big man Ken Bono.

Of the two, TNT is the one with an ax to grind after bowing to its corporate rivals in the Leg 5 finale, 21-12, last June 19 at Robinsons Place Antipolo.

Meanwhile, Marvin Hayes got one over his former team as Purefoods Tender Juicy beat Limitless App, 18-16, in another match that went to OT

Jed Mendoza led the comeback with nine points, including the two-pointer that won it in extra time to send home the First Conference kings.

The Titans will face Sista in the semis. The Super Sealers took down no. 2 team Meralco, 18-12, making the Bolts the only seeded team ousted in the quarters.

Jan Jamon starred with eight points for Sista, who’s on pace to replicate its Second Conference Grand Finals run where they went all the way to the title match — quite a feat for a team that has yet to win a leg title.