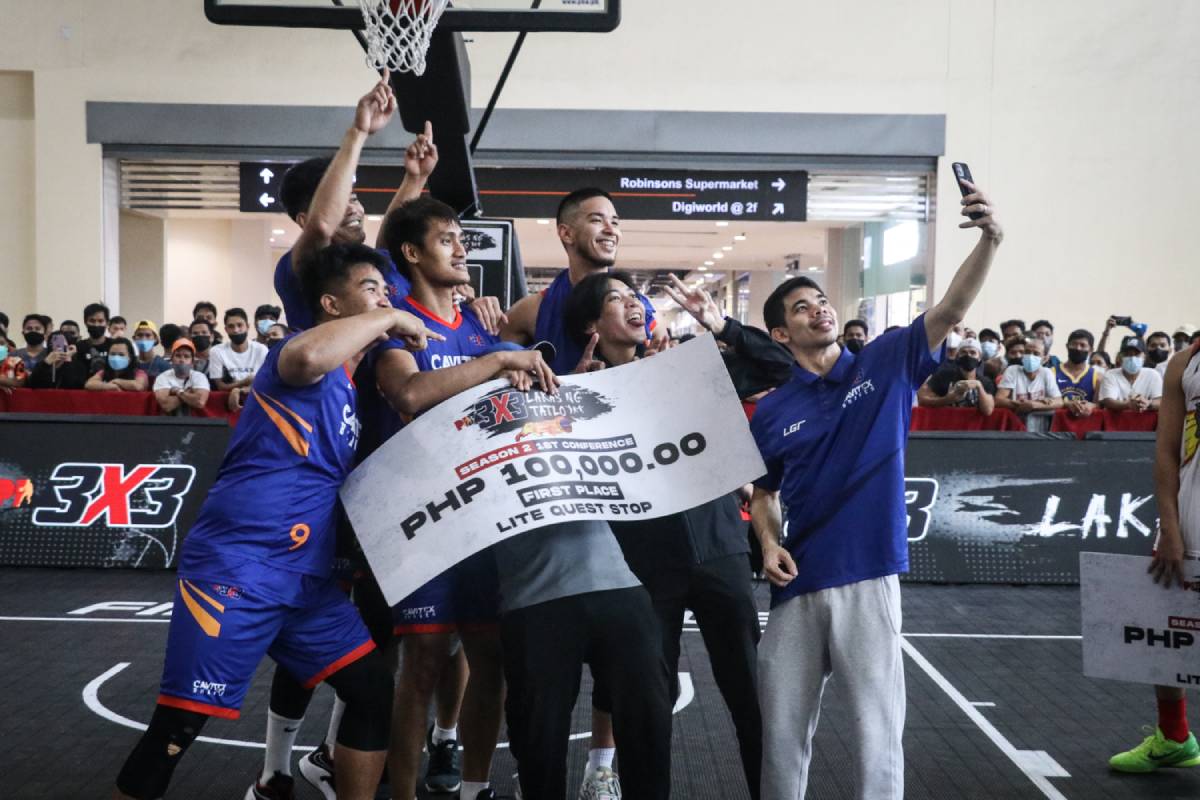 Jorey Napoles showed poise in crunch time to give CAVITEX its breakthrough PBA 3×3 title at the expense of San Miguel, 21-19, to rule Leg 2 of the PBA 3×3 Season 2 First Conference, Sunday at Robinsons Place Novaliches.

Formerly of the successful Limitless App, the seasoned winger nailed the game-winning one-handed runner with 21 seconds left to save the Braves after allowing the opposition to knock within one from eight points down.

Napoles finished with seven points, six rebounds, two assists, and two steals as the MVP club finally added itself to the league’s list of champions after settling for a runner-up finish in the second stop of the Third Conference last season.

Bong Galanza top-scored for CAVITEX with eight points. Mainstay Dominick Fajardo had four, while Chester Saldua added two in the triumph that also gave them Php 100,000 for ruling the Level 4 FIBA 3×3 Tournament.

Wendell Comboy led San Miguel with 10 points, all of which he scored from beyond the arc as he spearheaded his side’s late-game rally after seeing themselves trail massively, 11-19, with 3:11 remaining.

It was the FEU product who pulled the Beermen to within a point, 20-19, with 1:36 left, but the team could no longer buy a bucket after that. Him and Ken Bono missed their shots, leading to Napoles finishing the match.

Bono finished with five points, while top gun Jeff Manday and Fonzo Gotladera combined for four markers as the three-time leg champions failed to replicate their rousing 21-14 victory over Leg 1 champions TNT in the semis.

Meanwhile, the Tropang Giga settled for a third-place finish after beating Meralco, 20-17, in a battle of Leg 1 finalists.