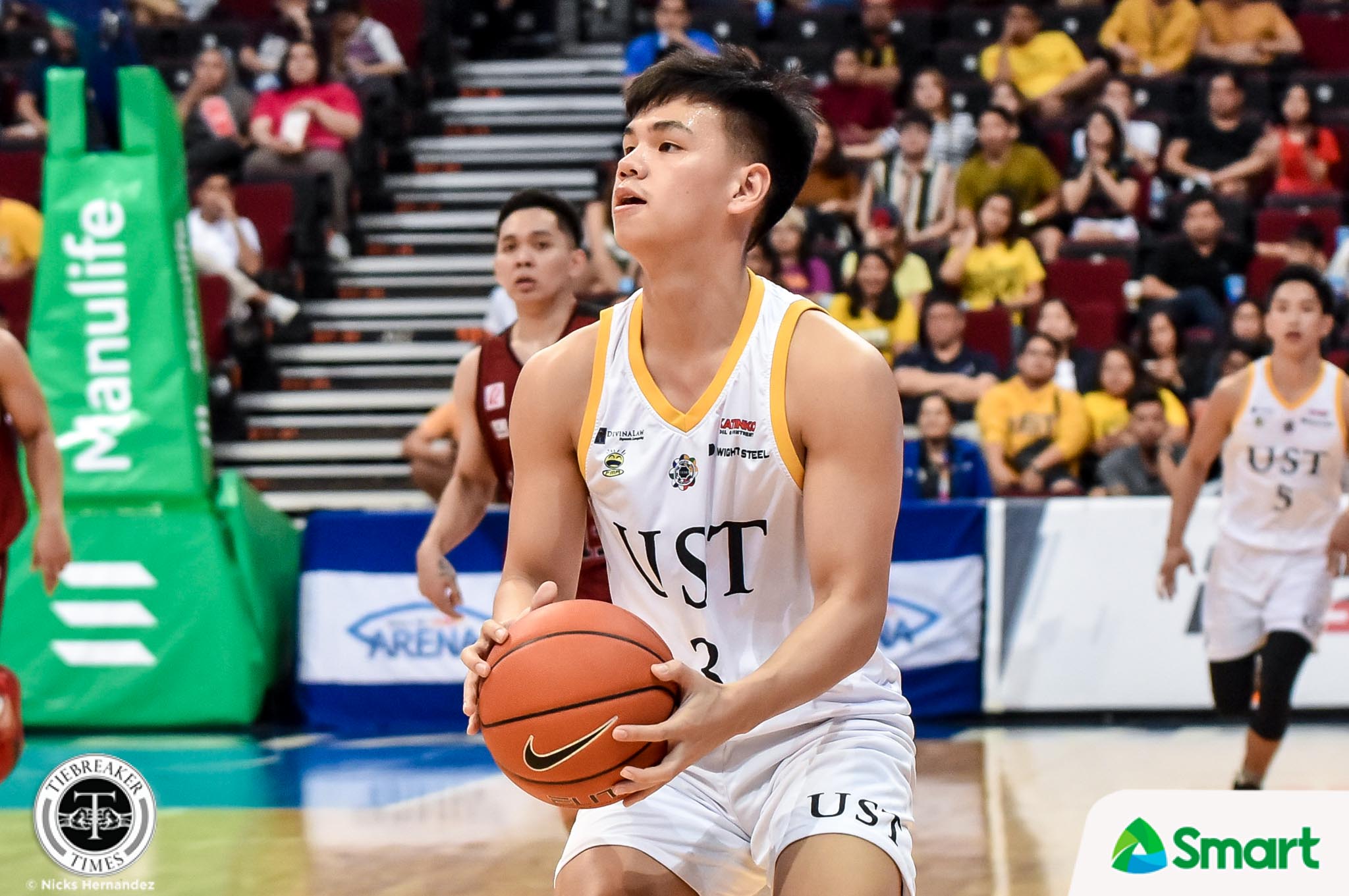 Brent Paraiso and Renzo Subido conspired in the clutch to lift University of Sto. Tomas past University of the Philippines, 84-78, in the UAAP Men’s Basketball Tournament, Wednesday at the Mall of Asia Arena.

Paraiso buried the go-ahead triple with 52.5 seconds remaining before Subido nailed the dagger trey in the final 26.7 seconds that gave the Growling Tigers the 82-78 lead.

Subido finished with 13 points on 3-of-6 sniping from deep, alongside five rebounds and five assists. On the other hand, Paraiso notched six points and four boards in the win to help UST rise to 6-5.

“Being a young team and making the right decisions down the stretch, that was big for us,” said coach Aldin Ayo.

“I told them to make every possession count, execute the plays, and make the right decisions, and they did.”

Sherwin Concepcion paced the Growling Tigers with 16 points and five rebounds, while Soulemane Chabi Yo produced a double-double in the tune of 14 points and 10 boards.

CJ Cansino was the one to kickstart UST’s barrage, scoring all of his 12 points in the first quarter. The Growling Tigers shot 12 treys in the first half alone before cooling down and ending the match with a 16-of-42 clip from beyond the arc.

Kobe Paras led UP with 18 points, five rebounds, two assists, and two blocks even after injuring his right shoulder in the second quarter.

UST looks to make it two in a row when it faces the DLSU Green Archers on October 23, Wednesday, at 4:00pm. Meanwhile, UP will try and get back to the winners’ circle against the Adamson Soaring Falcons on October 20, Sunday, at 4:00pm.