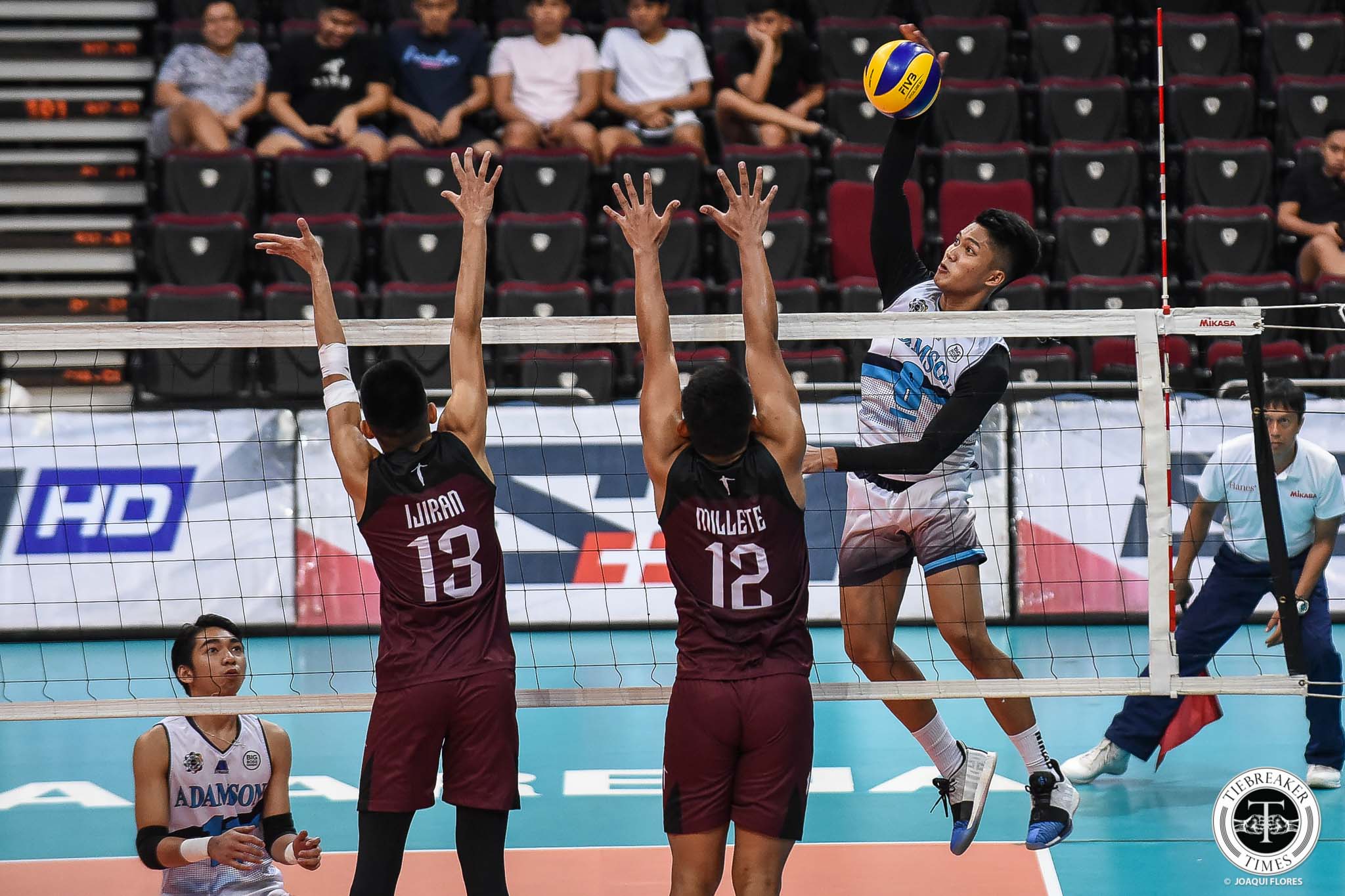 Needing each win to maintain their hold on a Final Four spot, the Adamson University Soaring Falcons outlasted the University of the Philippines Fighting Maroons, 25-21, 24-26, 25-20, 32-30, at the SM Mall of Asia Arena.

The Falcons leaned on graduating captain Pao Pablico, who delivered a UAAP career-best 31 points from 27 attacks, three blocks, and an ace.

Adamson’s leading scorer emphasized the importance of every match down the stretch. The Falcons have a 5-4 record in fourth place, half a game behind Ateneo (6-4) and two games up on University of Santo Tomas (3-5).

Jadewin Gudoy and George Labang paced the Falcons with 16 and 14 points, respectively. The Falcons built on their stellar serve reception by establishing a 62-43 gap on spikes, countering the 36-24 error disparity they gave up.

The Falcons take on Far Eastern University (7-1), while UP (1-8) face the University of Santo Tomas on Wednesday at the FilOil Flying V Centre.