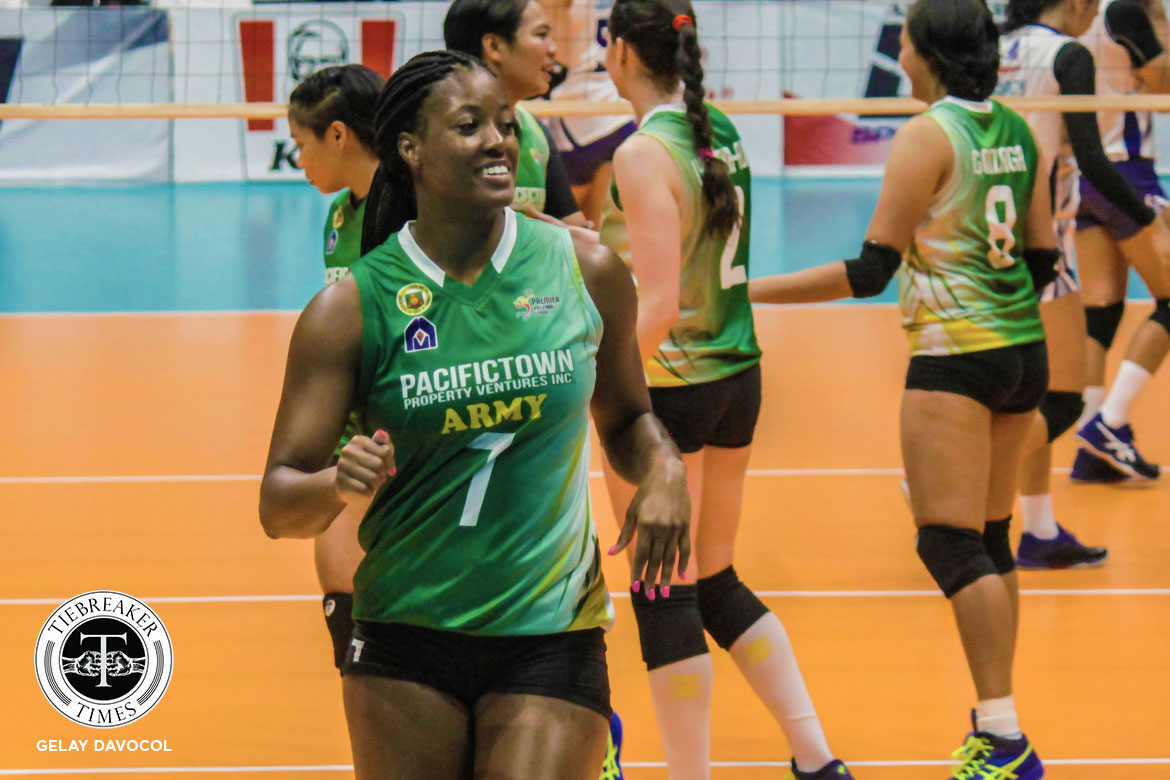 After an almost four-year absence in the first-ever volleyball league in the country, the Pacific Town-Army Lady Troopers marched into the competition in rousing fashion, surviving the BaliPure Water Defenders, 25-20, 25-16, 24-26, 25-23, in the PVL Reinforced Conference Season 3, Sunday afternoon, at the FilOil Flying V Centre in San Juan City.

The last time the Lady Troopers acquired a victory in this league was back in 2015. They would then join the Philippine Superliga in the next three years.

Both teams played at a brisk pace in the first and second sets, as both teams fought in a tight, error-marred affair.

However, Army created enough separation as their foreign reinforcements Olena Lymareva-Flink and Jenelle Jordan anchored them to take a two-sets-to-none buffer against BaliPure, who only fielded one import in Slovakian Alexandra Vajdova.

BaliPure’s other import, Danijela Dzakovic from Montenegro, has yet to play due to complications with her International Trade Certificate.

Playing with a sense of urgency, BaliPure fought tooth and nail, pouncing on the Lady Troopers who are struggling from fatigue. After a string of Army errors, the Water Defenders claimed the close-quarter third set that granted them a lease on life.

In the fourth set, PacificTown raced to a 24-23 lead, before a Menchie Tubiera sealed the deal for the Lady Troopers.

Ukranian Lymareva-Flink and American Jordan both finished with 15 points each for Army.

Jovelyn Gonzaga, who was sidelined for over a year due to an injury, contributed eight markers in her return game.

Pacific Town-Army look to build on this opening win when they take on the BanKo Perlas Spikers on Saturday, June 1, at the same venue. Meanwhile, BaliPure seek a bounce-back win against reigning champions Creamline Cool Smashers on Wednesday, May 29, also at the same venue.