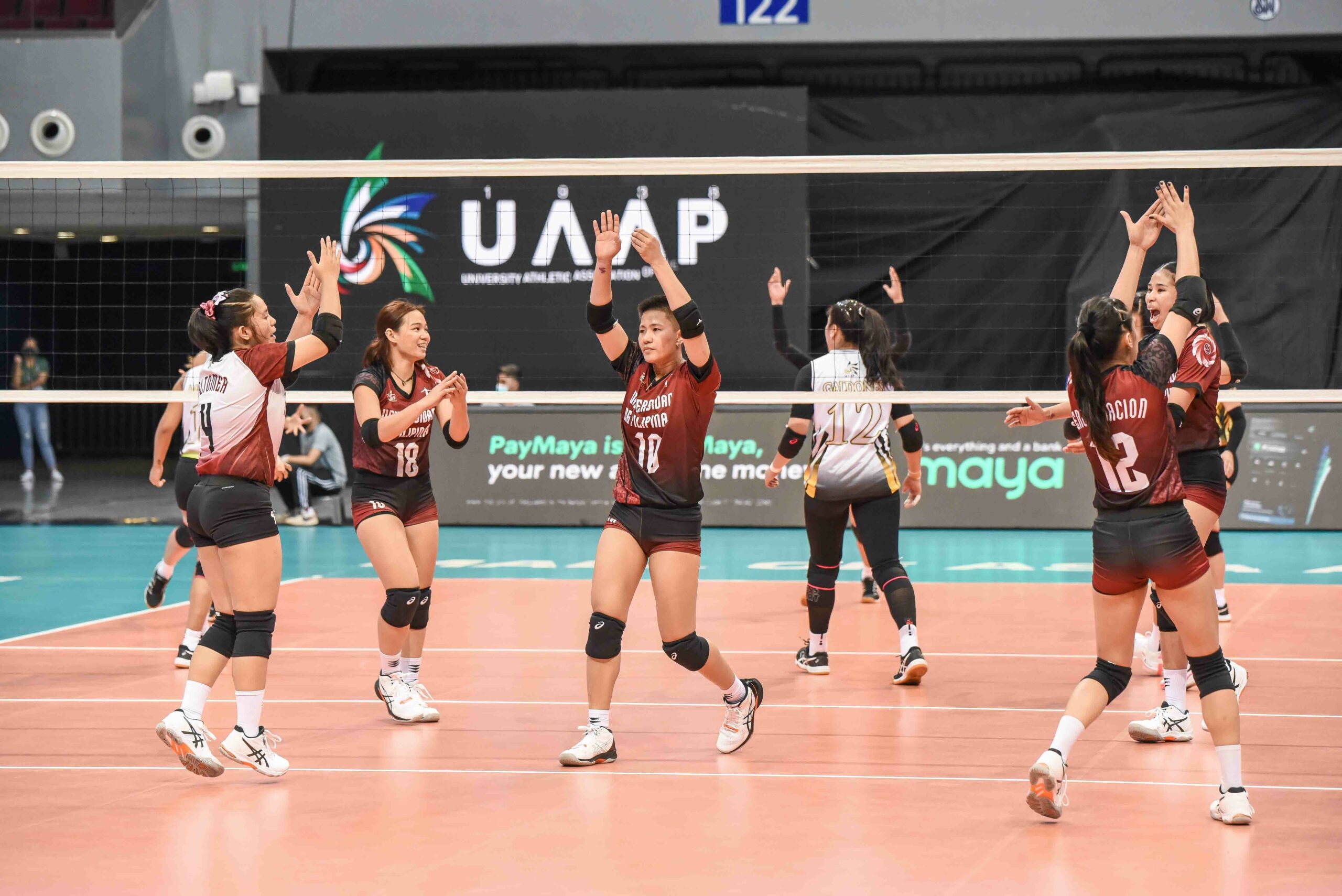 University of the Philippines nailed its best start in five years after its four-set win over the erstwhile-undefeated University of Sto. Tomas gave them 3-0 start to the UAAP Season 84 women’s volleyball tournament on Tuesday.

It was indeed a surprising start for the Fighting Maroons squad bannered by rookies Alyssa Bertolano and Irah Jaboneta.

But according to Fighting Maroons head coach Godfrey Okumu, the team is just doing its best to collect as many wins as possible in the elimination round. The Kenyan tactician also said that the team simply just does not want to leave anything to chance this season.

“As I said before and I’ll say it again, every team is working towards winning as many games they can for the playoffs,” said the fifth-year UP head coach after their win against UST. “So, our intention up to now is to try and win all the games if possible.

“I don’t know what could happen but our intention is to go out there and fight. So, we don’t want to leave things to chance. The girls are fighting hard.”

The Fighting Maroons were led by Jhewel Encarnacion, who tallied 16 point, 14 excellent receptions, and 11 digs, and Bertolano, who continued her consistent outing for UP with 15 points on 10 attacks, three kill blocks, and two aces. The team also squeezed out great performances from Nina Ytang, Lorie Bernardo, and Jaila Atienza who all had nine markers. 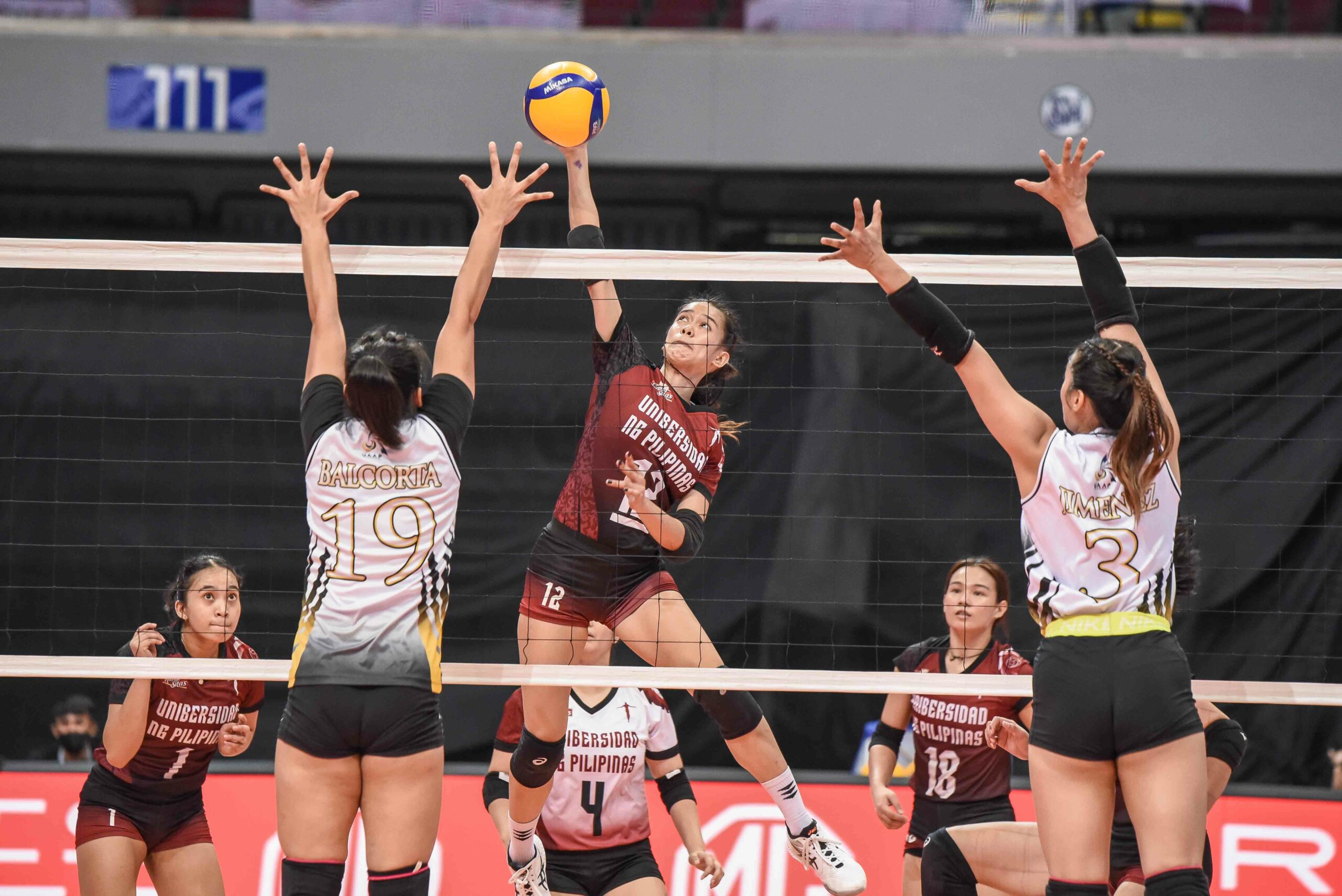 With the team’s hot 3-0 start, Okumu believes that this batch of Fighting Maroons has what it takes to finally make it into the final four. The former Motolite tactician even called his team the ‘strongest contenders’ for this season.

So far, the only unbeaten squads in the UAAP are La Salle, National University, and UP. 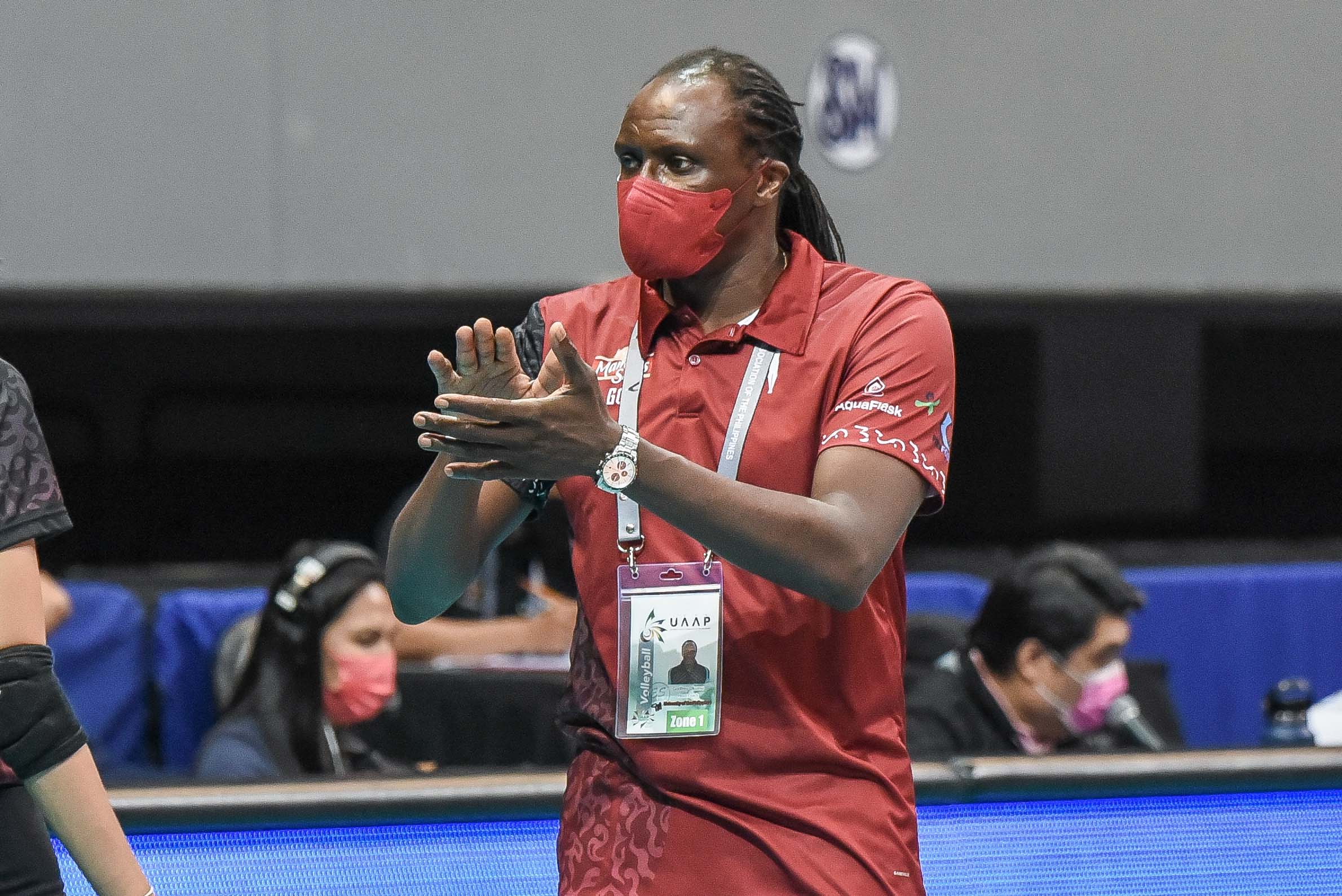 “Yes, it might surprise so many people but I think we are ready, we are the strongest contenders this time around. We are out here to fight like any other team.”