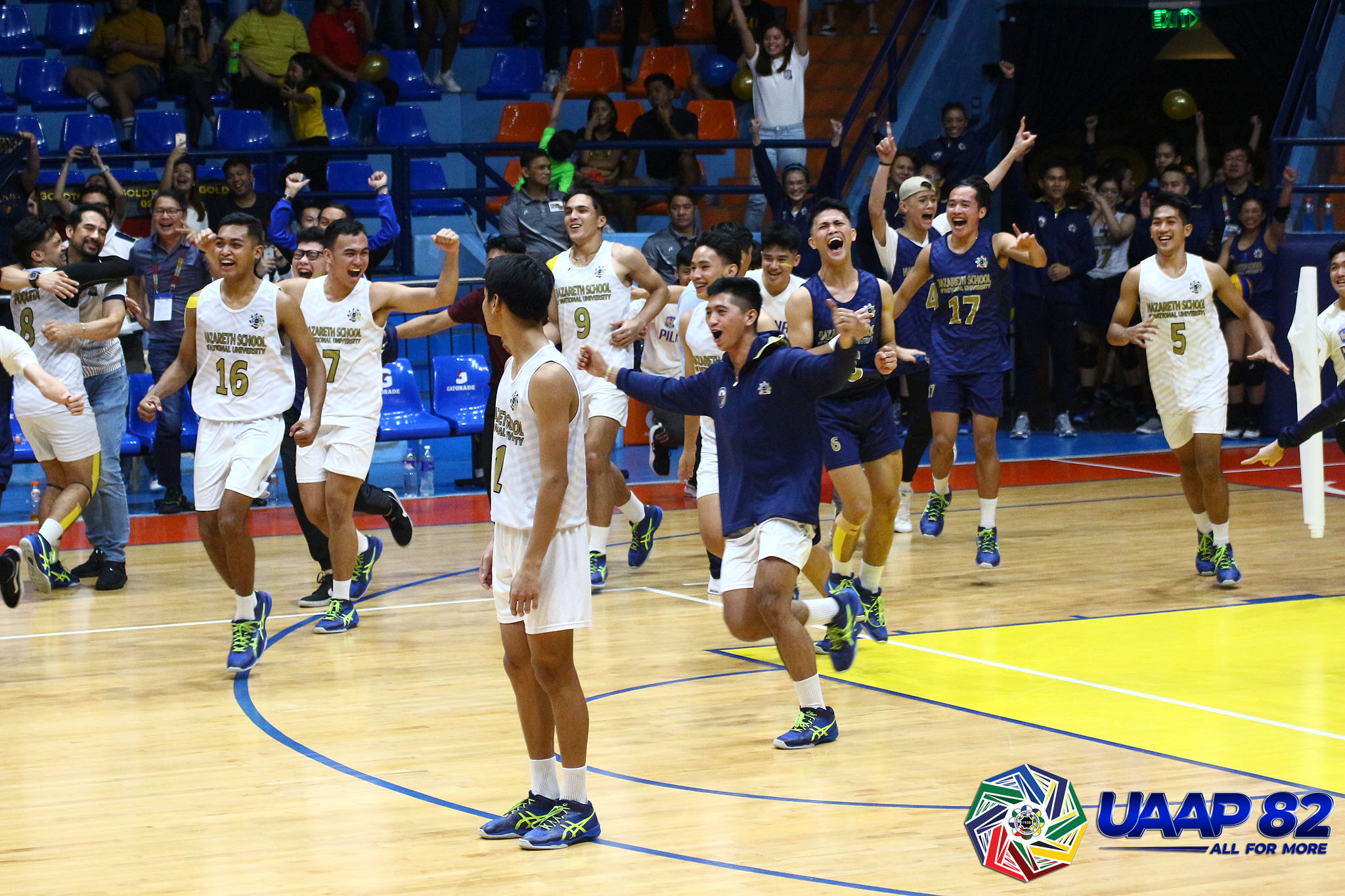 This is also the Bullpups’ fourth championship in five seasons.

Michaelo Buddin, on the other hand, delivered 17 markers and 14 receptions. Meanwhile, Bryan Jaleco unloaded six blocks to finish with 10 points.

With NU at championship point, 24-20, FEU strung together three straight points but MJ Fortuna’s through-the-block hit iced the championship for the Bullpups.

Season MVP Rans Cajolo was the lone Tamaraw in double-figures with 10 points.