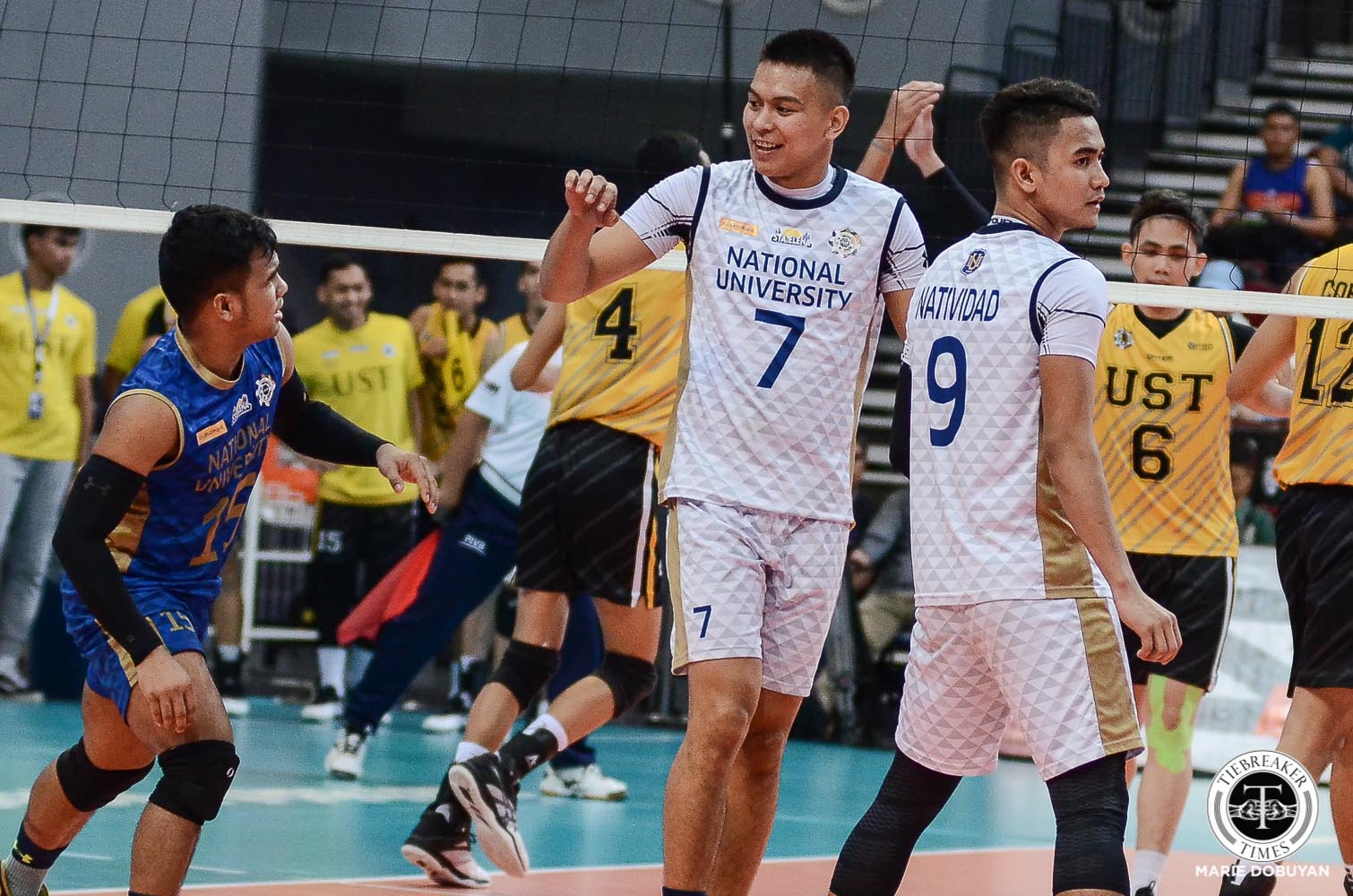 Behind a balanced scoresheet, the National University Bulldogs secured the playoff advantage in the UAAP Season 81 Men’s Volleyball Final Four after taking down the University of Santo Tomas Tiger Spikers, 25-20, 25-21, 25-9, at the SM Mall of Asia Arena.

NU padded on to their streak, winning their 11th straight match after losing on opening day to Far Eastern University. The defending champions know that the final stretch of the season is crucial, regardless of standings.