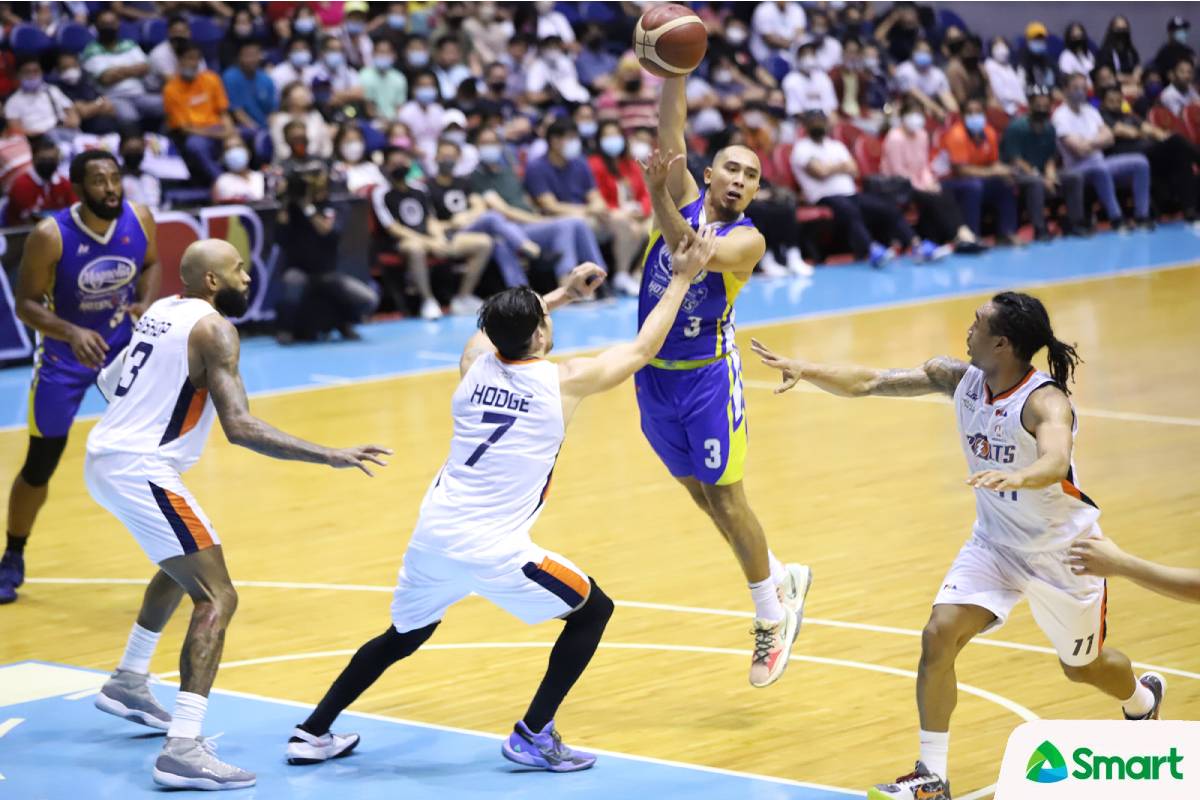 Paul Lee simply does not want to be bothered anymore by the left ankle injury he has been nursing prior to the 2022 PBA Governors’ Cup semifinals.

Though the pain is undeniable, the Magnolia star took such an approach in Game Four of their best-of-five series against Meralco, Wednesday.

It’s all mental, as some would say, and that enabled him to go back to his usual ways. The gunslinging guard fired 17 points, helping the Hotshots avert early elimination by obliterating their budding rivals, 94-73.

“This is not the right time para isipin ko pa ‘to,” Lee offered moments after the match at the SMART Araneta Coliseum.

“Kumbaga, ginamble ko na from the start e, so tuloy-tuloy na lang din. So I just played through it.”

It was easily his best performance in the semis thus far. The 33-year-old manufactured just a total of 23 points in the first two games, before scoring a lowly five markers in Game Three — his second-worst production in the tilt.

Still, there were times in the match that the pain appeared unbearable for Lee, especially in the second half that saw him lie on the floor, writhing.

But he did not want to stay out long. He braved through it and even saw action in the final minutes as part of the crew that inflated the lead to 22, before being subbed out of the game for good with 2:17 left to play.

The mere fact that their backs were pushed against the wall — wherein a loss would mean the end to their season — was enough to fuel the Tondo native.

Now, it’s about maximizing the next 24 hours or so for Lee before the crucial Game Five on Friday, where it’s either win or go home for both squads.