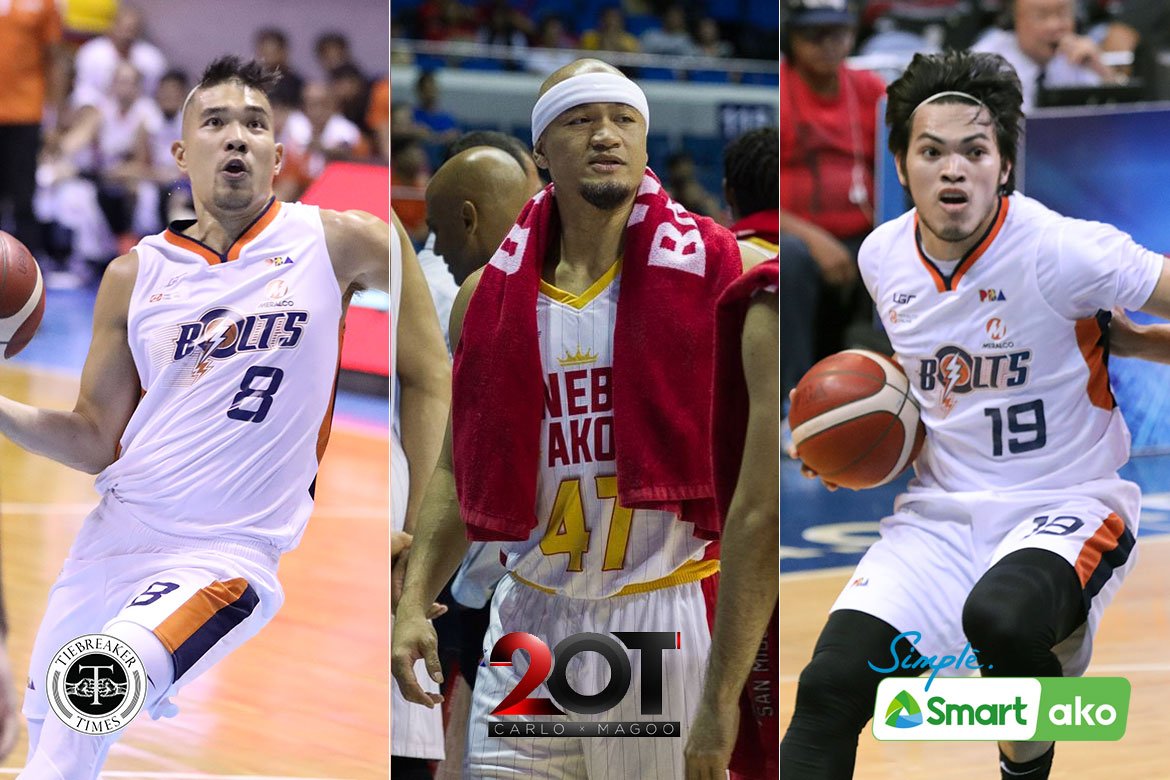 There really is no denying how influential Mark Caguioa is, especially to the younger generation of PBA players.

And that even includes a couple of members of Barangay Ginebra San Miguel’s bitter rivals: the Meralco Bolts.

The seven-year pro out of Ateneo had the opportunity to play alongside the 2012 league MVP during his time in the Barangay from 2015-16.

Salva only saw limited playing time as a GIn King but Caguioa, he said, was always there reminding him to just give it his best whenever he checks in.

And aside from the reminders and the lessons, it was the memories he shared with the Ginebra hero which Salva holds dearly in his heart.

“Sinasabi niya, yung mga ginagawa mo rito sa one-on-one, kayang-kaya mo gawin yan diyan sa court. So, that gave me a lot of confidence, na marinig something like that from a legend like him.”

Bong Quinto, meanwhile, has never had the chance to work with Caguioa. But the incoming sophomore, like Salva, has received advice from the all-time great.

The Letran product admitted that he himself was a Talk ‘N Text fan growing up but he couldn’t help but be impressed with Caguioa’s play.

Well, of all the eight championships the guard nicknamed “The Spark” has, one of them came at the expense of the flagship MVP Group franchise.

That was when the Gin Kings defeated the Jimmy Alapag and Willie Miller-led Phone Pals for the 2005 Philippine Cup crown in six games.

So Quinto had the chance to speak of his admiration towards Caguioa when they met in Game Two of last season’s Governors’ Cup Finals in Lucena.

Quinto bared that he even asked for Caguioa’s jersey after the game, although he would get it three games later, after Ginebra defeated Meralco in Game Five to cop its third Governors’ Cup title in four years.

But more than the prized jersey, he also got to hear valuable reminders from the 40-year-old, which definitely has stuck with him since.