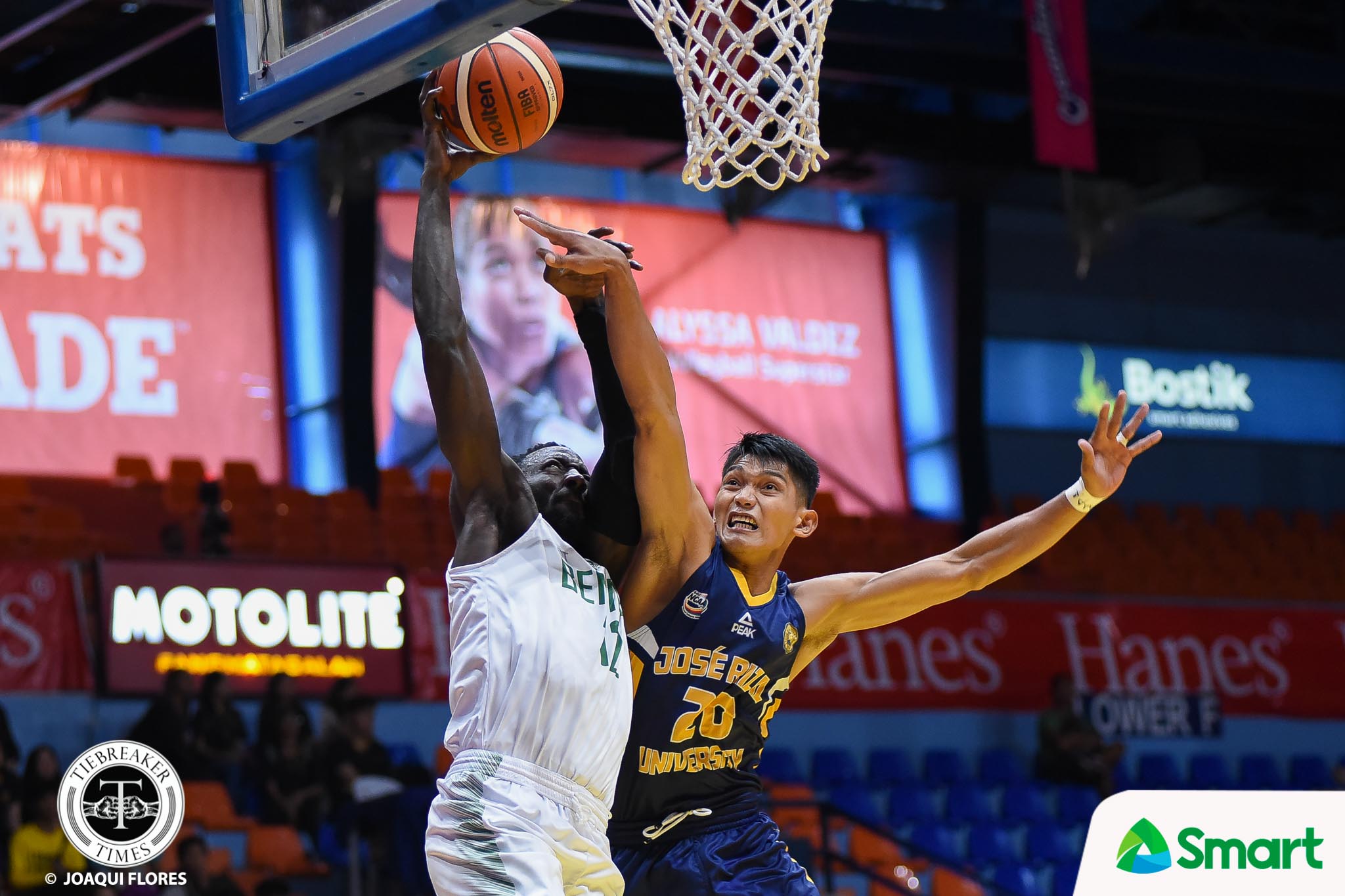 “It’s about consistency. We were [in] total control until the third quarter until Robert hit us with us some threes, offensive combos,” recalled second-year head coach TY Tang. “It was the morale of our team. ‘Di pa sanay sa grit-and-grind na game. That’s what we really lack as a team. Hopefully we correct ourselves every single game.”

With the win, the Blazers are now an even 2-2 in the standings, while JRU dropped to a listless 0-5 slate.

Playing without senior floor general MJ dela Virgen, the Heavy Bombers still managed to keep close with the Blazers. With 4:23 left in the game, JRU – a team already badly in need of warm bodies – also lost Justin Padua after he was slapped with a disqualifying foul.

Clement Leutcheu and the rest of the Blazers took advantage, zooming past the Heavy Bombers the rest of the way. CSB would lead by as much as 17 points after a euro step to a layup move by Luis Velasco.

Leutcheu had an efficient outing with 20 points and 14 rebounds, while Yankie Haruna added 15 markers.

“We’re a young team. We haven’t been together for a long time. Talking about consistency I don’t think we played with that today we had a lot of unforced turnovers we weren’t able to execute on our plays but it’s still a win,” added Tang.

READ  NU survives another error-plagued match against UP

Saint Benilde look to raid the Letran Knights on their home floor on Thursday, August 2, in Intramuros. JRU, on the other hand, will have a tough task as they try to stun the Arellano Chiefs on Friday, August 10.