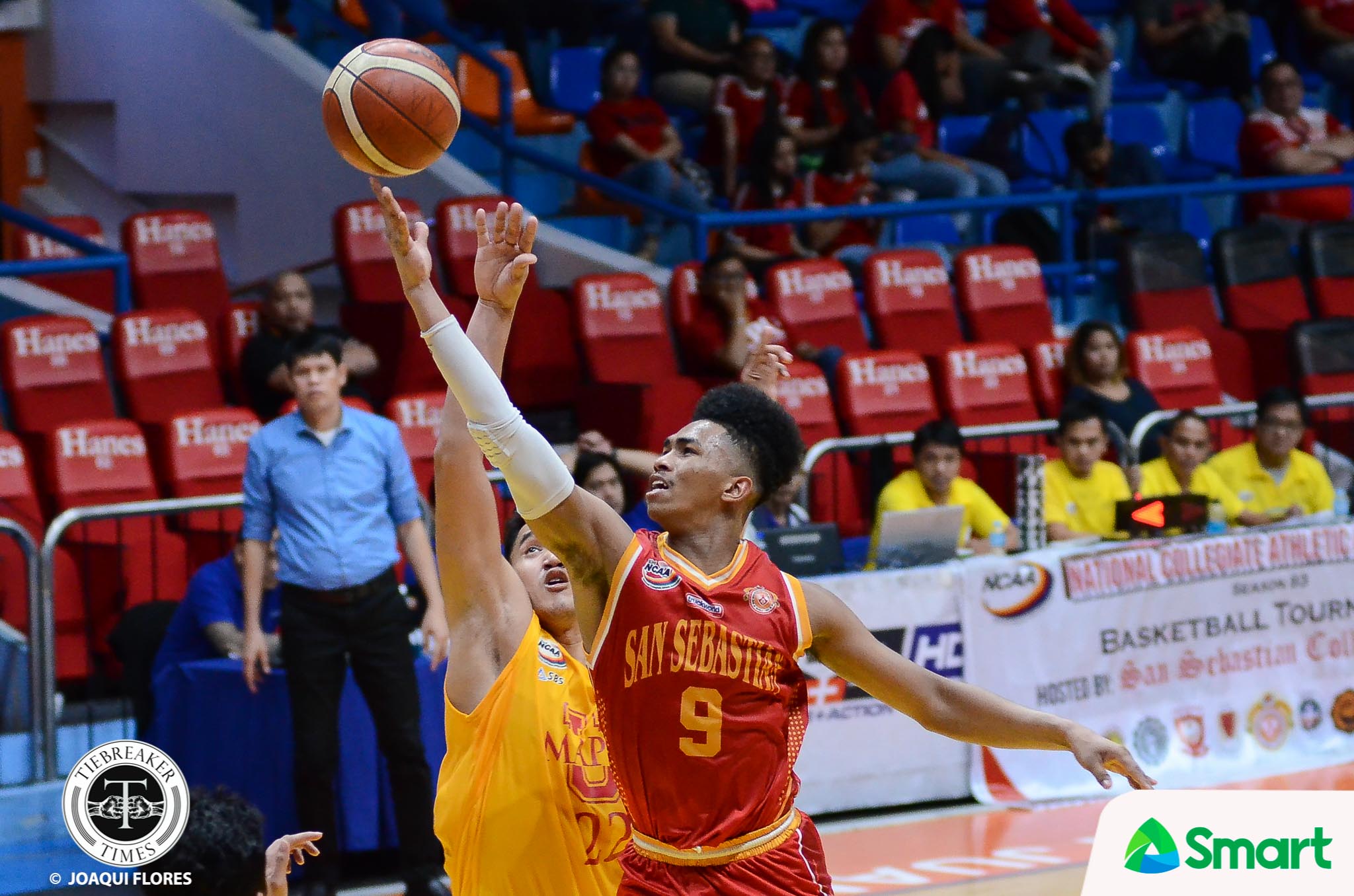 Needing something to get themselves going for the final stretch of the 93rd Season of the NCAA, a regrouped San Sebastian College-Recoletos Golden Stags did not let up against bottom-ranked team Mapua University Cardinals, taking a 97-70 rout, Friday afternoon at the Filoil Flying V Centre in San Juan City.

“This game was all about team effort,” shared second-year San Sebastian head coach Egay Macaraya. “We had 21 assists and we had good looks in the three-point area. I think we shot thirty-six percent. Malaki sa amin yun.”

Leading the romping was do-it-all swingman Jayson David, who shot the lights out, scoring 24 points on an efficient 69 percent shooting clip.

The win snapped San Sebastian’s three-game losing streak, lifting their card to 8-9 — tied for fifth with the Arellano Chiefs. Mapua, on the other hand, remained in last place with a 3-14 record.

Behind Alfren Gayosa’s 11 first quarter points, the Golden Stags raced to an early 31-20 lead. And they never looked back, as Alvin Capobres, Gayosa, and David took turns burning the eight-man Cardinals’ perimeter defense.

Gayosa added 18 points, spiked by four triples, while Capobres tallied his season-high 17 points to go along with seven rebounds and four dimes. The Golden Stags knocked down 12 triples in the game to negate the Cardinals’ huge free throw advantage.

#ReadMore  Blackwater to go with Blakely for rest of Governors' Cup

Cedric Pelayo and Almel Orquina finished with 16 and 15 points respectively, while Christian Bunag finished with another double-double with 13 points and 16 rebounds.

San Sebastian take on the Perpetual Altas in their last game for the elimination round on Thursday, October 19, at 4:00pm. Mapua’s final assignment will be against the Arellano Chiefs on Tuesday, October 17, at 2:00pm. 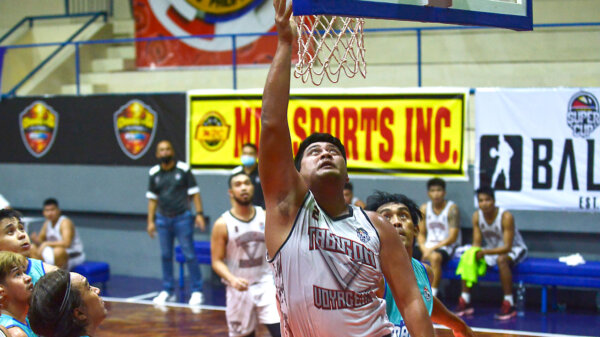 ALCANTARA — The Tabogon Voyagers leaned on the clutch shooting of big man Arvie Bringas to carry them past the Tubigon Bohol Mariners, 102-99,... 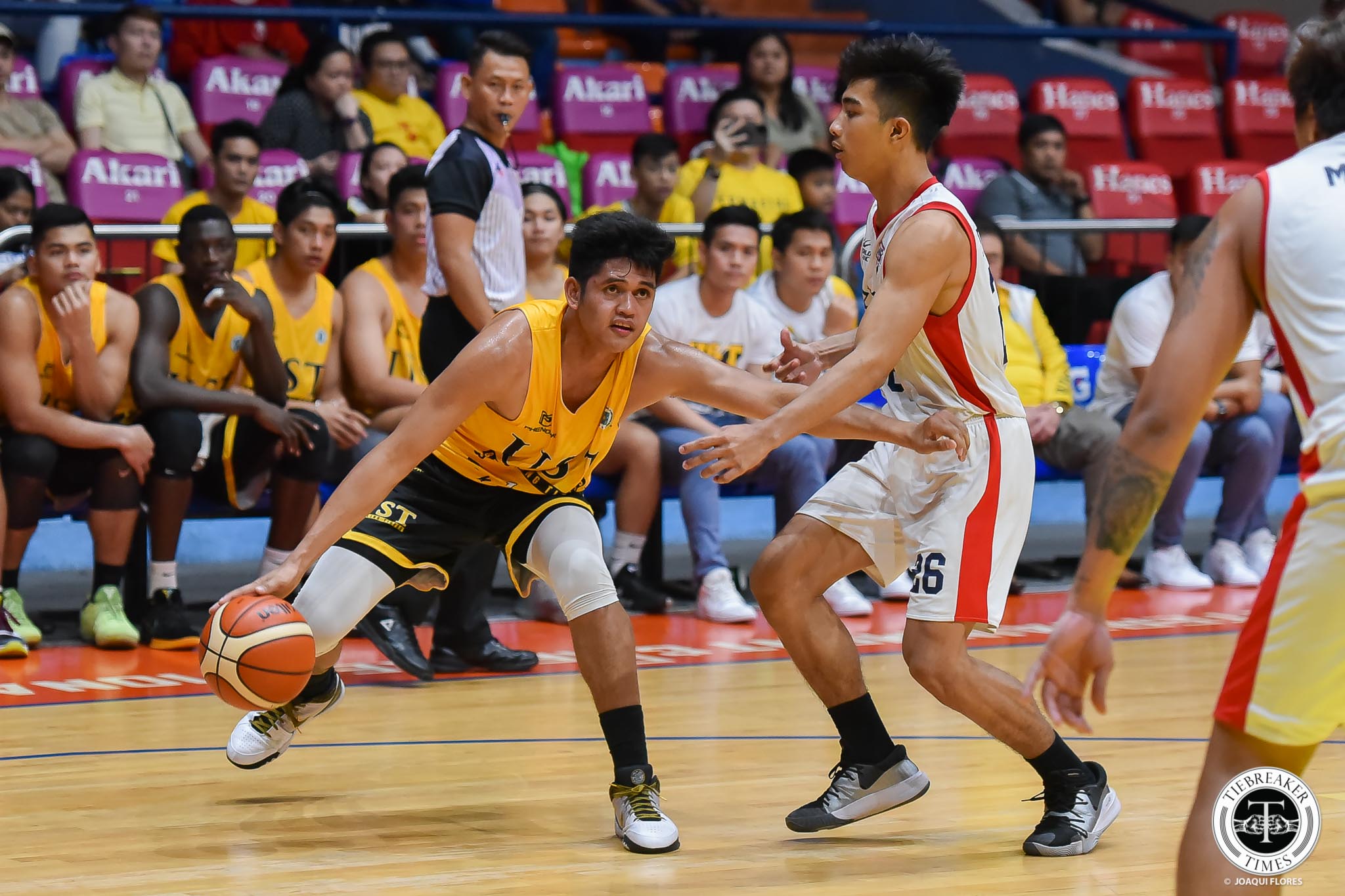