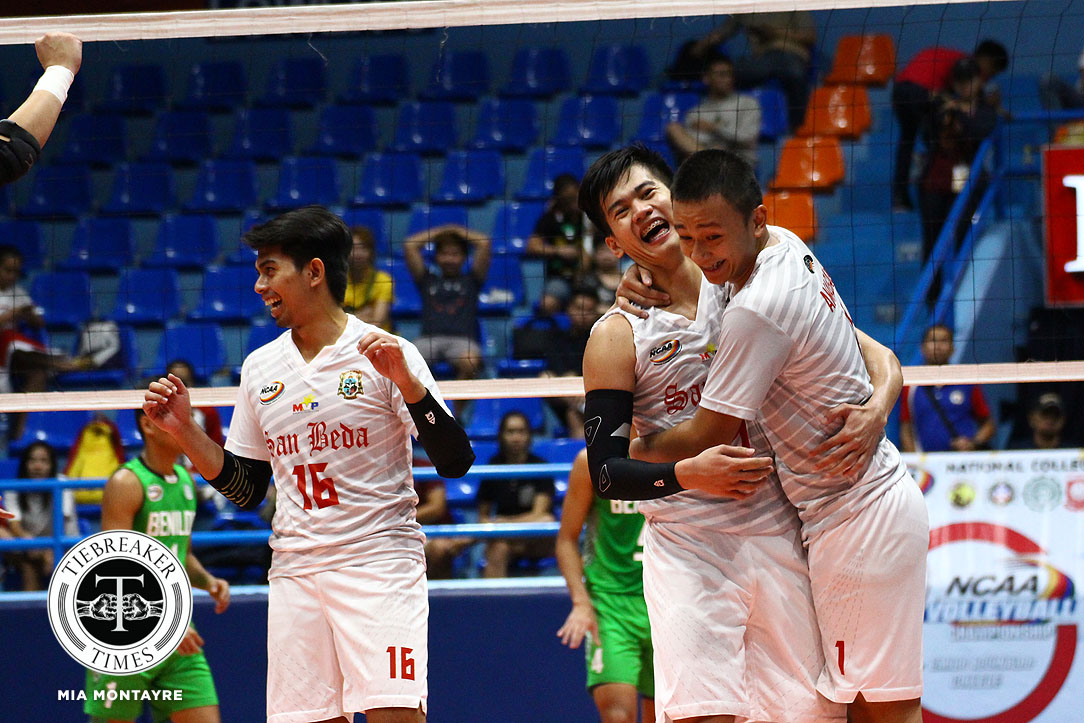 Shaking off a forgettable outing against the Perpetual Help Altas last January 11, the San Beda College Red Spikers vented their ire on defending champions College of Saint Benilde Blazers in four sets, 25-15, 25-16, 23-25, 26-24, and claimed their second win of the season, Friday afternoon at the FilOil Flying V Centre.

So, in this game, the San Beda team poured on what they worked hard for to regain momentum. “Binuhos po namin lahat ng ginawa namin sa training [ngayon].”

After tight starts in all the first two sets, the Mendiola-based side pulled away to register the seemingly insurmountable 2-0 lead.

Nonetheless, summoning the heart of a champion and led by seniors Isaah Arda and Jethro Orian, the reigning champions pulled off gritty runs to snag the third set and making a tussle of the fourth.

Ultimately, Adrian Viray virtually ended the match with a vicious serve, which the Blazers failed to convert.

Orian was such a presence at the net, ending up with 20 points for the Taft-based squad.

The defending champions Blazers (2-1) will try to bounce back later that day against San Sebastian College (0-3).