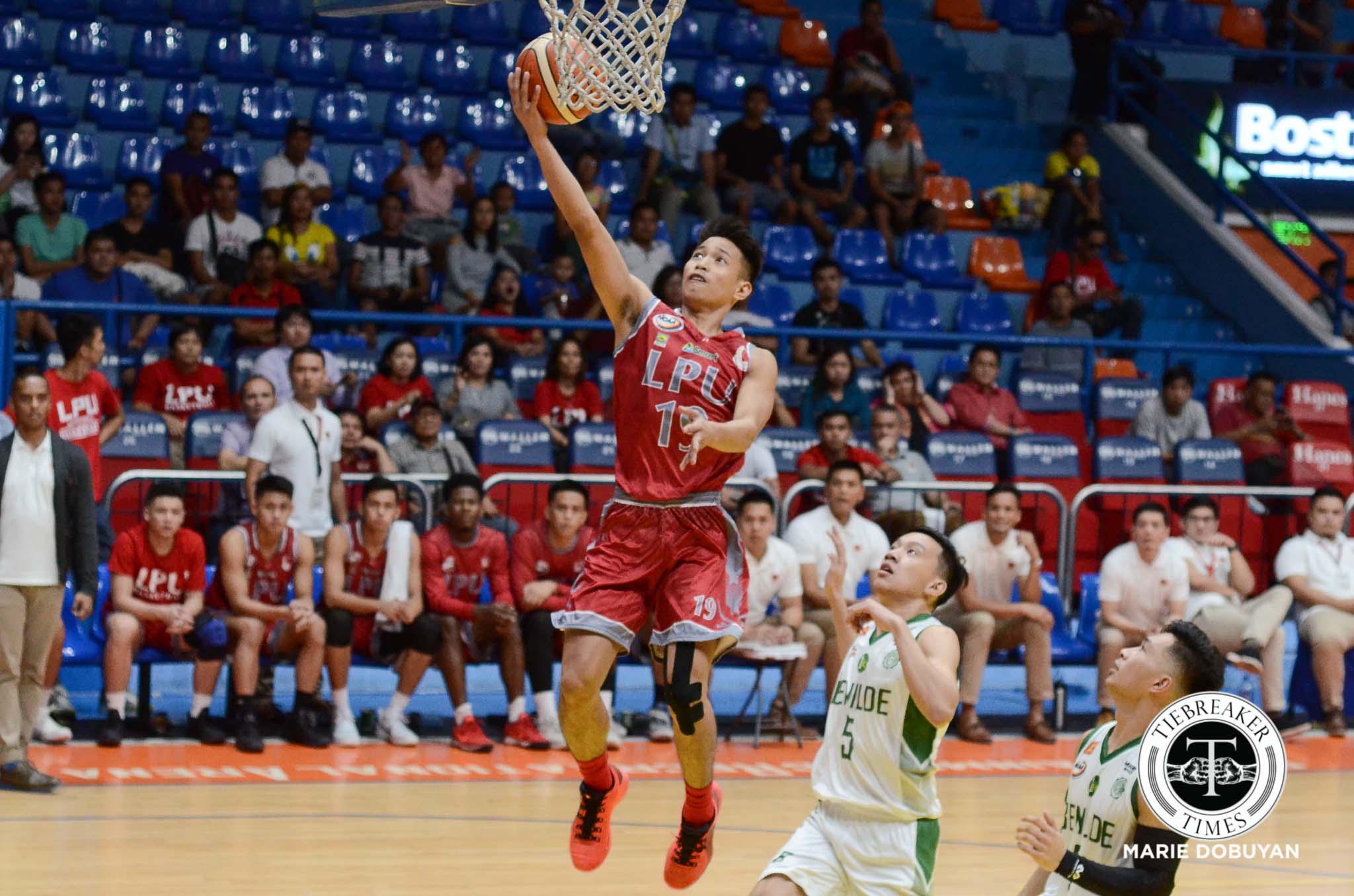 Even with the NCAA entering a one week break because of Typhoon Gorio, there was no stopping the rampaging Lyceum of the Philippines University Pirates. The still-perfect Pirates demolished the College of Saint Benilde Blazers by 43 points, 98-55, Tuesday afternoon at the Filoi Flying V Centre in San Juan City.

Lyceum extended their winning streak to five games, while Saint Benilde dropped their third straight game, falling to 1-3. Moreover, this is the biggest margin of victory in Lyceum’s school history.

But besides the historic run the Pirates are going through, coach Topex Robinson had vengeance on his mind as the Pirates gave Saint Benilde their sole win last season, 65-61, last September 23.

“We remembered the time they beat us last year,” recalled Robinson. “They were 1-17 [because of us] and that’s the motivation for us.”

Seeking vengeance, the Pirates did not let up on the defensive end, forcing Saint Benilde to commit a two-year high of 40 turnovers that led to 46 points. In addition, Lyceum had a season-high 70 bench points.

Saint Benilde tasted a 9-8 lead midway through the opening frame, but it was all Lyceum afterwards. With the troika of Jaycee Marcelino, Mike Nzeusseu, and Ralph Tansingco leading the charge, the Pirates went on a blistering 36-10 run in a game-breaking run.

Even with the game out of reach during the final frame, Robinson and his staff still fielded in CJ Perez to close out the game.

“We want to make sure that we honor the game but we did our best, not celebrating if we make a shot and go back to playing defense,” Robinson said, as Perez finished the game with 14 points, six rebounds, seven assists, and four steals in 32 minutes.

For the second straight game, it was Jaycee Marcelino, who provided the spark for Lyceum, scoring a game-high 17 points on 7-for-9 shooting to go along with seven rebounds and three assists. Wilson Baltazar added 16 points.

Rookie Unique Naboa was the sole Blazer to score in double-figures with 14 points.