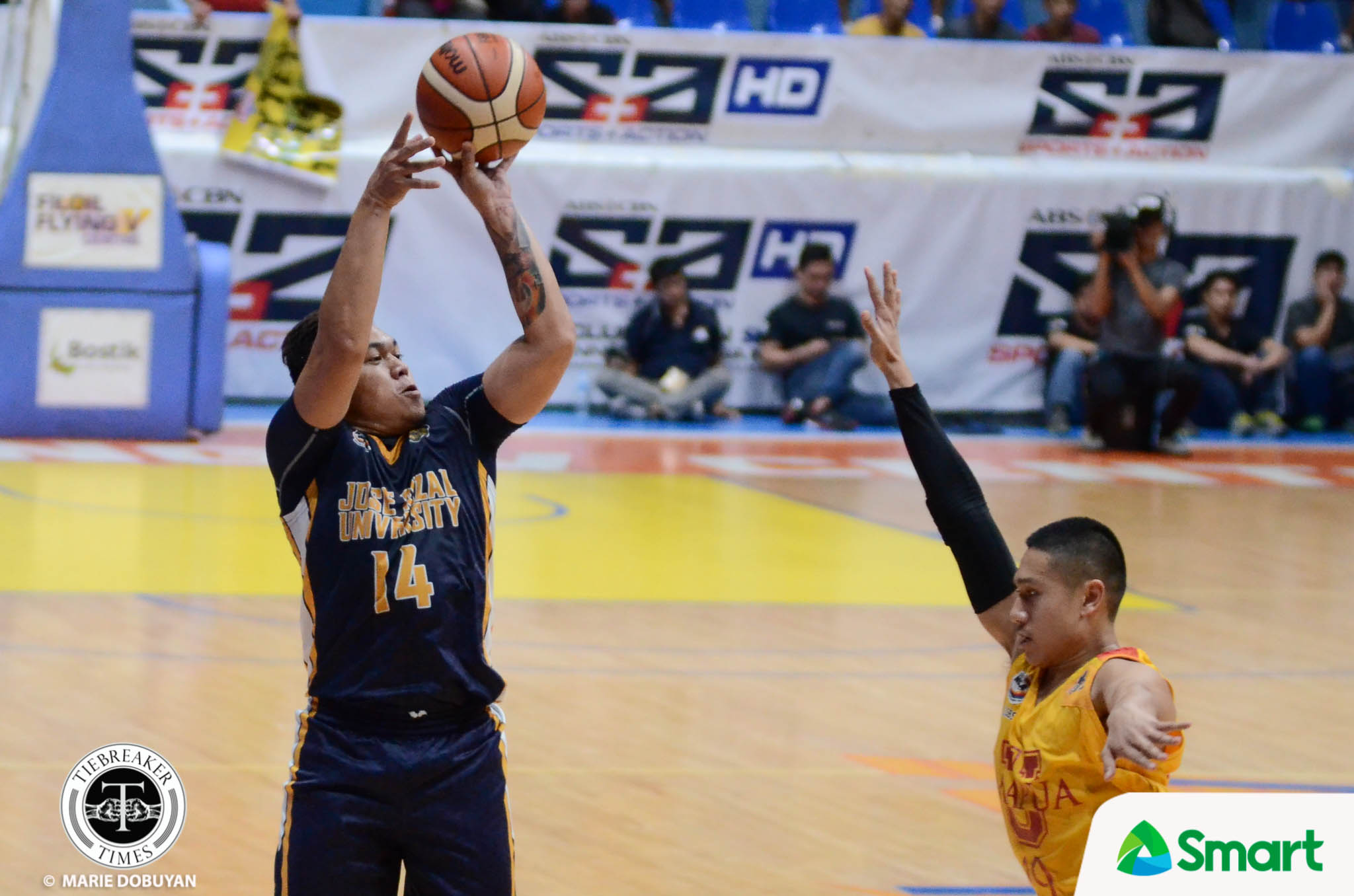 For the fifth time in eight years, the Jose Rizal University Heavy Bombers have clinched a Final Four spot after fending off the upset-seeking Mapua University Cardinals, 62-58, Tuesday afternoon at the Filoil Flying V Centre in San Juan City.

JRU sealed solo third with an 11-6 record. Moreover, this is their fourth straight win with one game remaining. They also snapped Mapua’s two-game winning streak, dropping them to 3-13.

And no one was more relieved to make it to the Final Four than eighth-year JRU head coach Vergel Meneses, especially after a disappointing fifth place finish a season ago.

Still, the Aerial Voyager was disappointed with the way they played against the Cardinals.

“Honestly, I’m not happy about the win,” the PBA legend admitted. “They didn’t want to follow my instructions. They thought we can beat them all on offense. Ayun nga nangyari.”

Up by as much as eight points in the final frame, JRU’s defense relaxed. And the troika of Denniel Aguirre, Cedric Pelayo, and Andoy Estrella took advantage of this, going on a 5-0 run to cut the lead to just two, 58-56, with 4:38 left.

Grsope, a JRU senior, took matters into his own hands, scoring on a runner to halt Mapua’s momentum. Jed Mendoza scored another basket.

But beyond the offense, the Heavy Bombers were able to find their bearings once more, shutting down Mapua in the final 2:03 of the game.

READ  'There is no room for kindness' next season, hopes Mike Nzeusseu

“Sa last possessions ng Mapua, we were able to stop them and get the rebound. I don’t want to make excuses but John is sick, he didn’t practice,” Meneses shared.

Almel Orquina paced Mapua with 14 points but needed 16 attempts to do so. Christian Bunag finished with another double-double with 10 points and 19 rebounds.

JRU play their final elimination round game on Friday, October 14, taking on the Lyceum Pirates at 4:00pm. Mapua, on the other hand, take on the San Sebastian Stags on the same day at 12:00nn.