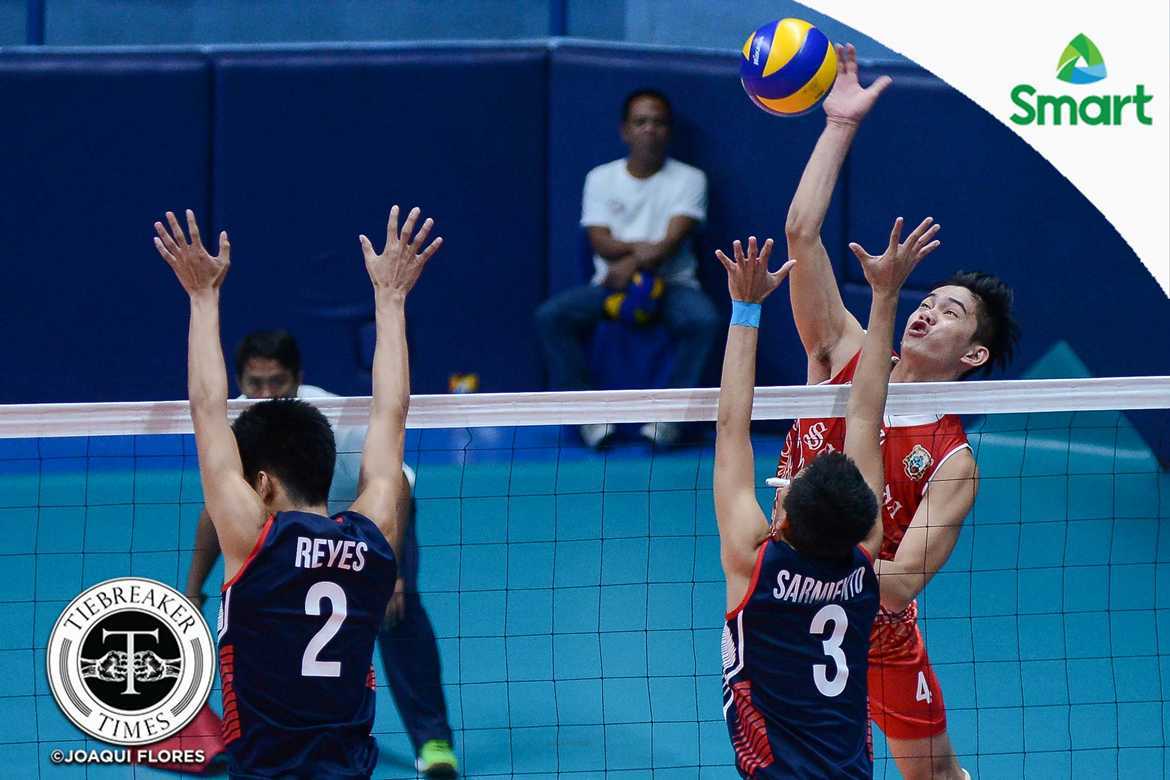 For the second straight match, outside hitter Adrian Viray paced the Mendiola spikers, after getting 23 points in this contest.

The Knights took advantage of their net defense to pull of the win in the second and fourth frames.

Nonetheless, the Red Spikers would not denied with their firepower after putting up 63 attacks, most of which came from the first and third sets.

In the deciding set, Mark Enciso carried the cudgels for San Beda, before Bobby Gatdula rallied the Knights for a comeback. However, Viray then fired off two kills to close out the match for good.

Enciso registered 14 points for the red-shirts, but it was Alfie Mascariñas who pumped up the squad with 10 markers off the bench.

Despite the win, San Beda head coach Jose Roque could not hide his dismay on his ward’s performance.

The Red Spikers (6-1) will try to secure its place in the semifinals as they battle the in-form CSB Blazers (5-1) on January 5 next year. On the other hand, the Knights (1-5) will hope to translate their energy into a win when they take on the Mapua Cardinals (3-3) later that day.