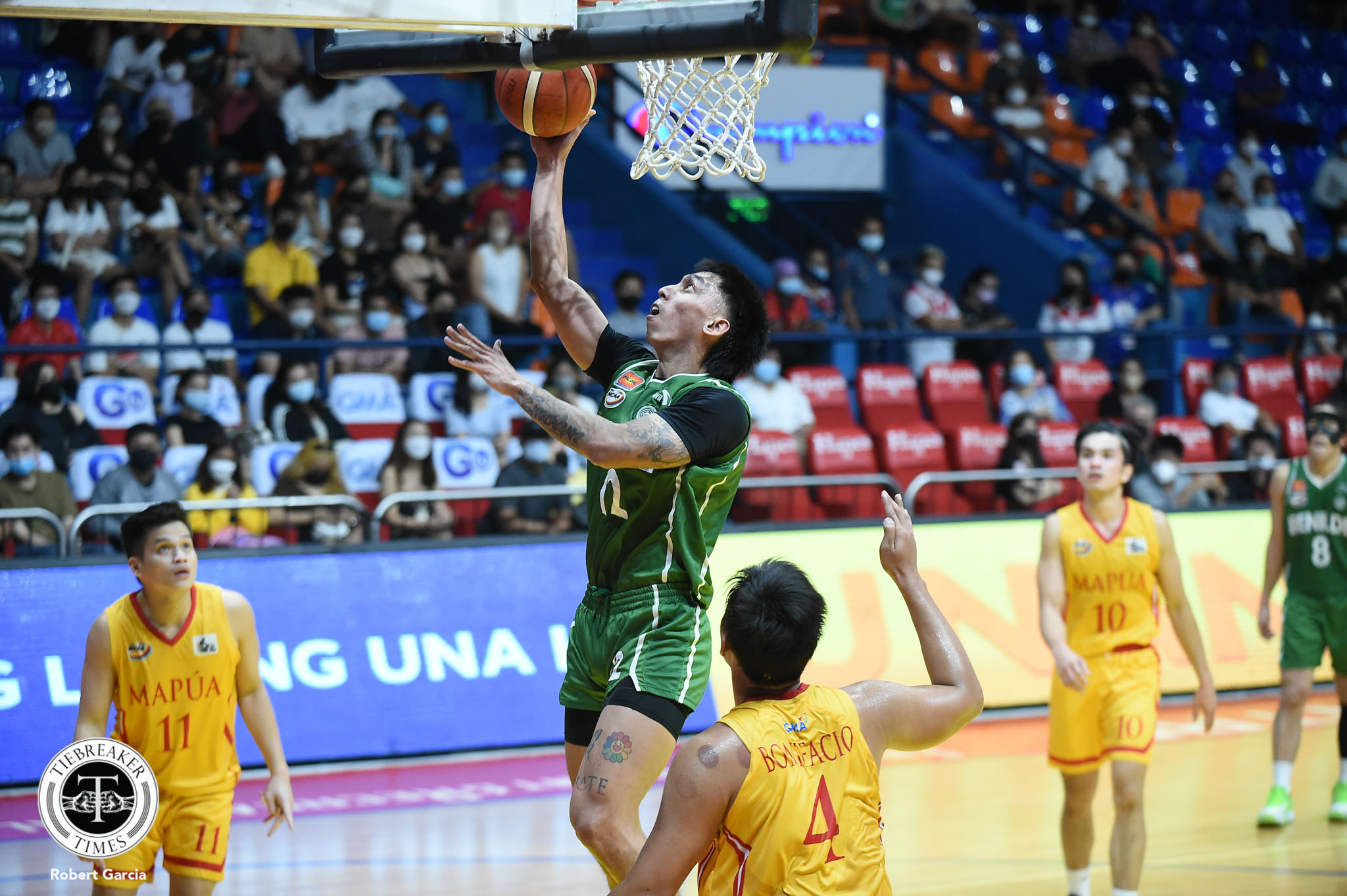 College of St. Benilde used a huge third quarter boost to pull away against Mapua University, 73-64, in the NCAA Season 98 Seniors Basketball Tournament on Wednesday at the FilOil EcoOil Centre in San Juan City.

All knotted at 29, the Blazers tried to pull away after a 24-13 third canto to get the 53-42 lead coming into the final period.

The Cardinals answered back with a 9-0 blast to open the final frame to be within a bucket, 51-53.

Unfortunately, that was the closest they got as Benilde rallied a 12-2 run capped by a JC Cullar corner triple to get its biggest lead, 65-53.

“I was very disappointed, you know. You wanna give other guys a chance to play and a chance to bounce back. And they don’t respect the way we should be playing, they don’t play the right way,” said CSB head coach Charles Tiu.

“We almost lost the game. I thought we were pretty much in control the whole game pero hindi kami maka-pull away eh.“

Also in the fourth quarter, Arvin Gamboa was carried off the court after an apparent left knee injury. He did not return from the game after the injury.

Miguel Corteza paved the way for the Blazers with 17 points, four rebounds, and a block. Migs Oczon added 14 markers, eight boards, and two assists, while Ladis Lepalam was efficient with 10 points on 5-of-6 shooting and five rebounds in just under 15-minutes of action.

Adrian Nocum led Mapua with 15 points, seven rebounds, three assists, and a steal. Warren Bonifacio had a double-double of 14 markers and 11 boards.

The Blazers improved to 6-1 while the Cardinals are in a panic mode, now with 0-7.

St. Benilde will look to continue its hot streak against San Beda University (4-2) on Sunday at 3 PM. Mapua on the other hand will face another winless team in Emilio Aguinaldo College (0-6) on Saturday, 12 NN.