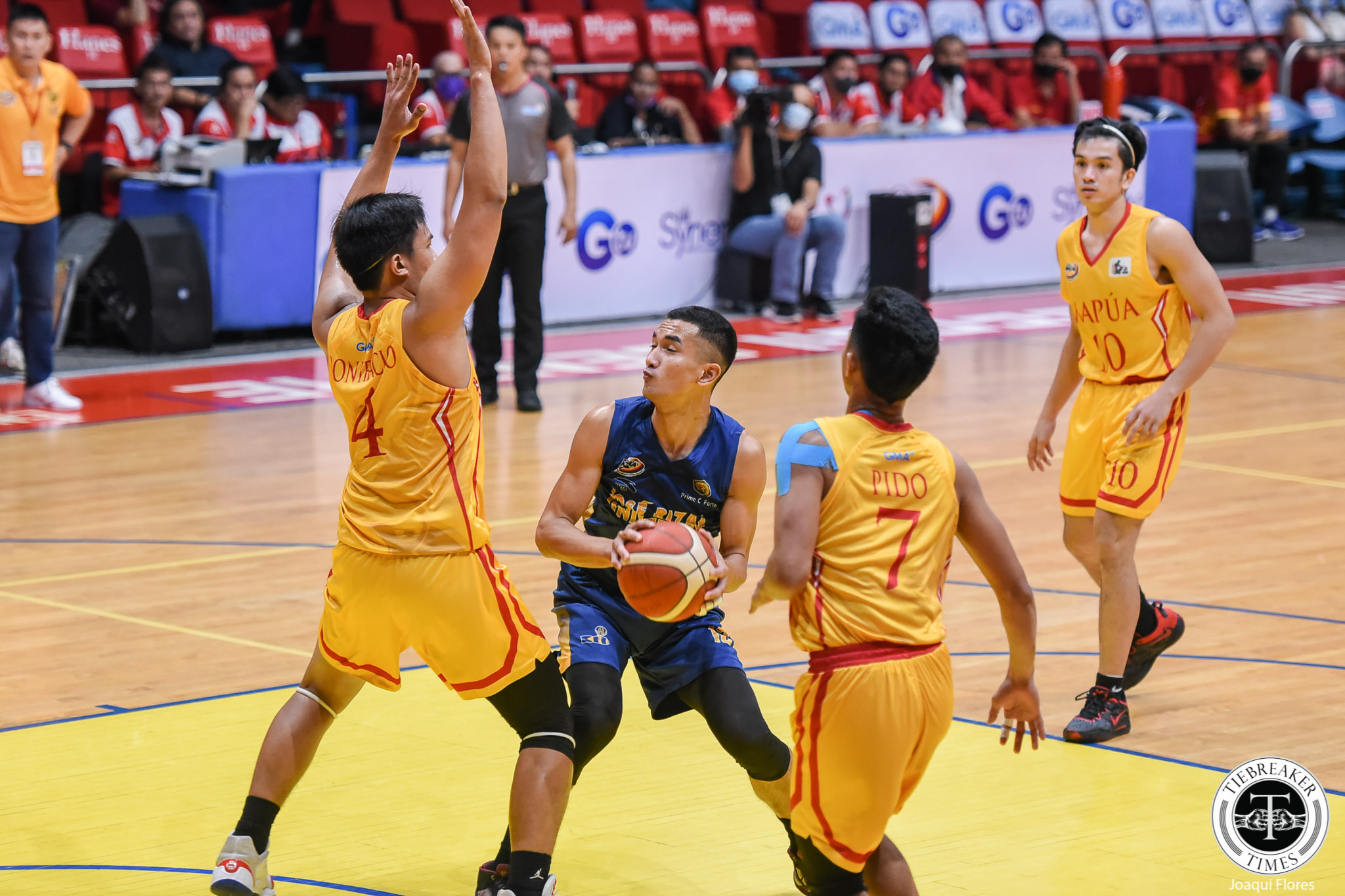 Marwin Dionisio came alive in overtime to lift Jose Rizal University past Mapua University, 67-64, to get its third straight victory in the NCAA Season 98 Seniors Basketball Tournament on Friday at the FilOil EcoOil Centre in San Juan City.

Dionisio scored four of his 15 points in overtime. He shot 7-of-9 from the field including five rebounds.

Dionisio was there for the Heavy Bombers all throughout the extra period as he opened it with a bucket, hitting two clutch free throws in the final 1:35 minutes to give them a five-point cushion.

Adrian Nocum however, responded with a bucket of his own to cut the deficit to a single possession just right before entering the final minute mark, 64-67.

With 19-ticks left, John Amores missed both his free throws giving Mapua an open window to come back from this game.

Unfortunately for the Cardinals, missed threes from both Brian Lacap and Joaqui Garcia in the final five seconds of the game were enough to give the Heavy Bombers the win.

“I don’t want to sacrifice, but kailangan ko tong sitwasyon to toughen up yung mga starters namin,” said JRU head coach Louie Gonzalez. “We really need to grind it out.”

Leading by eight, 60-52, in the payoff period, JRU went scoreless in the final four minutes of the fourth helped Mapua force the extra five minutes of the game.

It was a highly physical affair that saw 50 fouls from both teams, including four technical fouls, two unsportsmanlike fouls, and one ejection in the second quarter alone.

One of these happened in one possession where Brian Lacap and Agen Miranda were both called for excessive hard contact, while Jonathan Medina was sent out of the game for entering the court.

Nocum also added eight markers on 3-of-19 shooting with 10 rebounds.

The Heavy Bombers improved to 3-2, while the Cardinals are on a five-game losing streak, now with 1-5.

Next up for JRU is San Beda University (2-2) on Tuesday at 12 noon, while Mapua will try to turn things around against Arellano University (3-3) on Sunday, 12 noon.