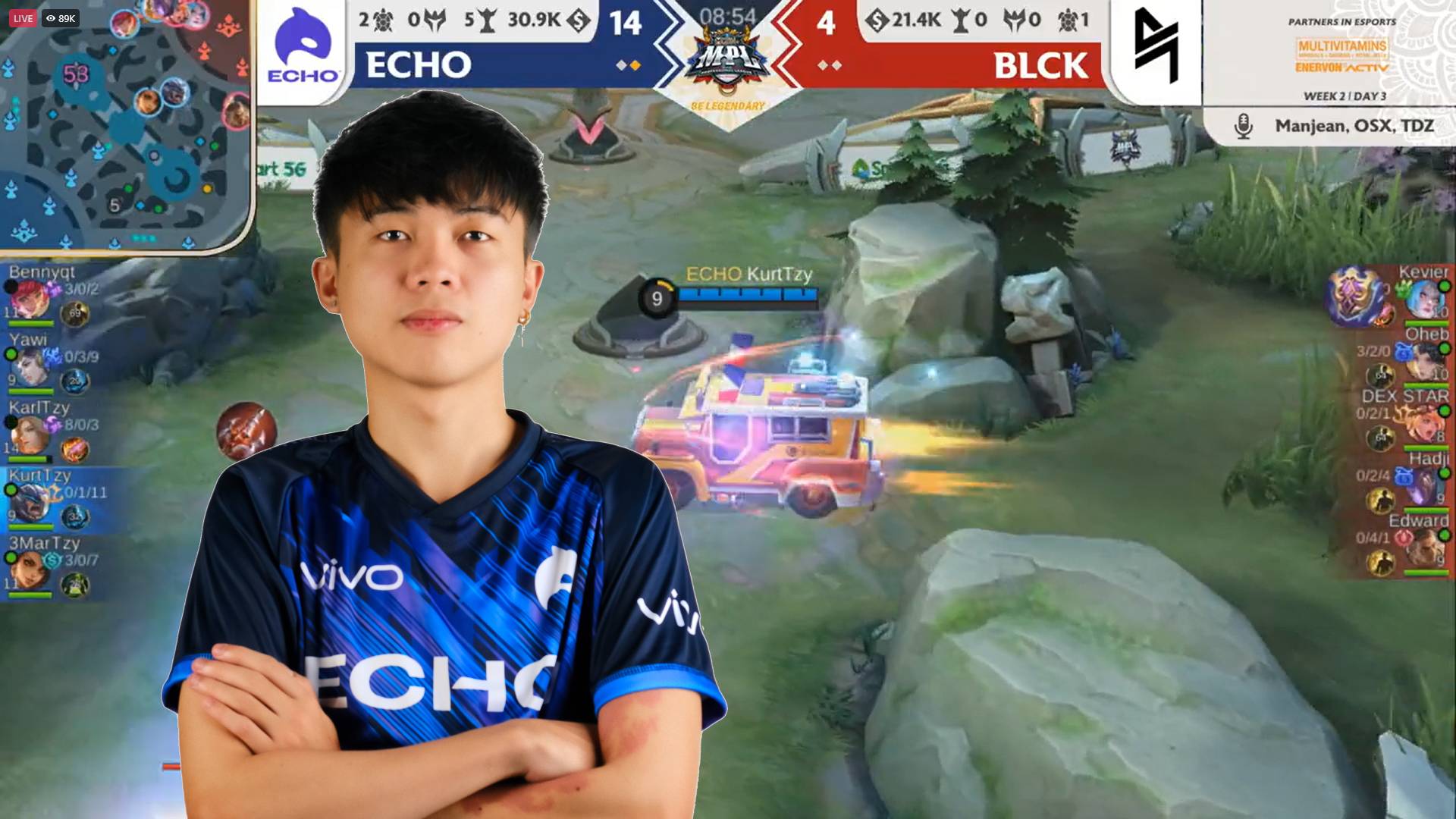 Tight was the opening game of the ECHO-Blacklist International match-up. All hell broke loose, though, when ECHO showcased the Johnson-Kadita combo in Game Two to bulldoze its way to a dominant 20-6 win and complete the 2-0 sweep.

After securing the Luminous Lord at the 13:11-minute mark, KurtTzy (Johnson) and Tristan “Yawi” Cabrera (Kadita) slammed three Blacklist International members inside their own base. 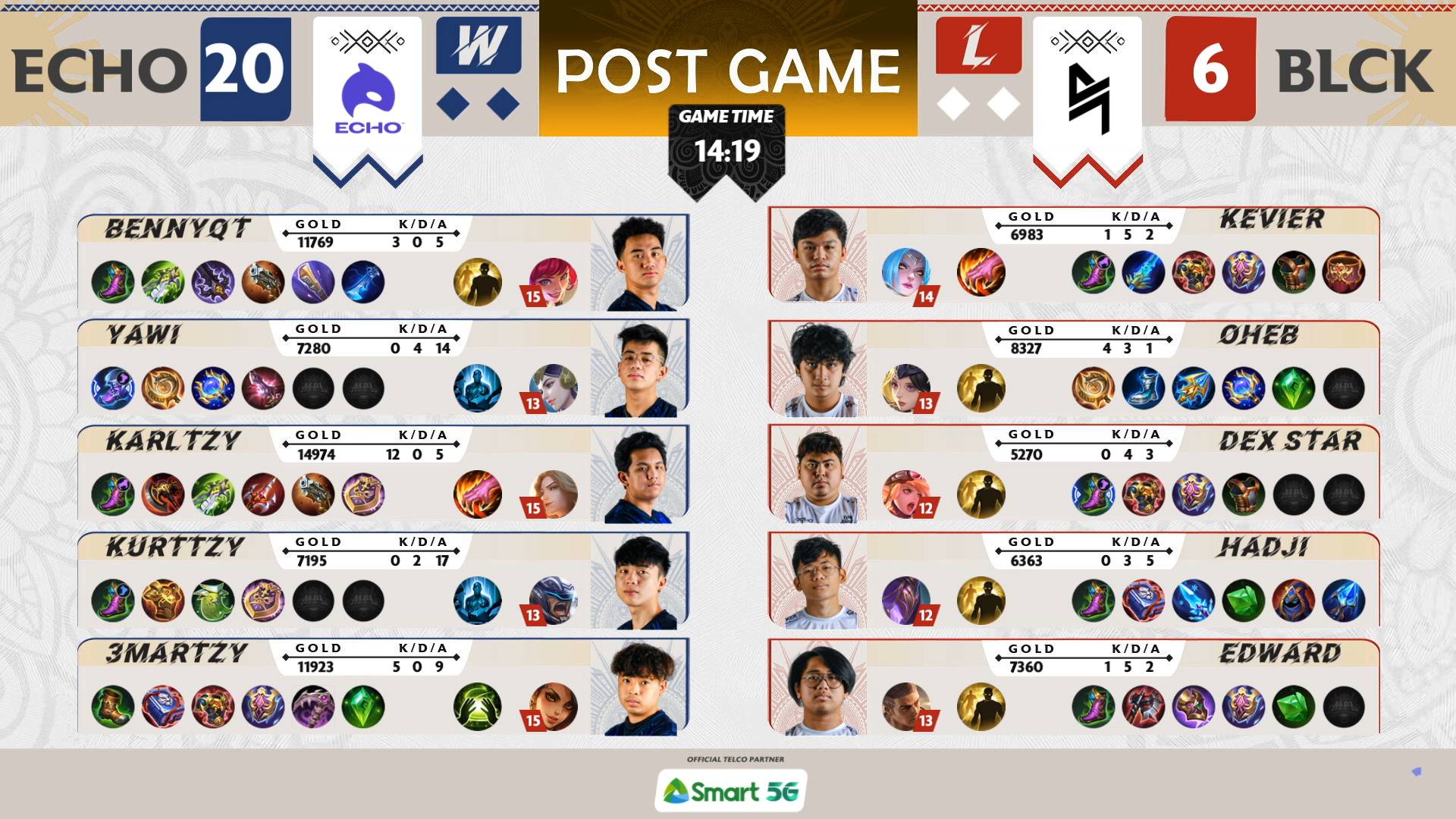 ECHO reclaimed the top spot with 11 points through an immaculate 4-0 standing.

Blacklist International played arguably its best game in the season so far in Game One. It flaunted its prized UBE strategy to keep the streaking ECHO at bay.

Welcomed by Dexter “DEX STAR” Alaba’s Rafaela and Kiel “OHEB” Soriano’s Alice, the former TNC exp laner almost fell down. Still, he managed to get out of the skirmish just in time to keep himself alive.

KarlTzy finished with five kills and seven assists against one death in the tight 13-13 Game One win, in 15 minutes and 31 seconds. 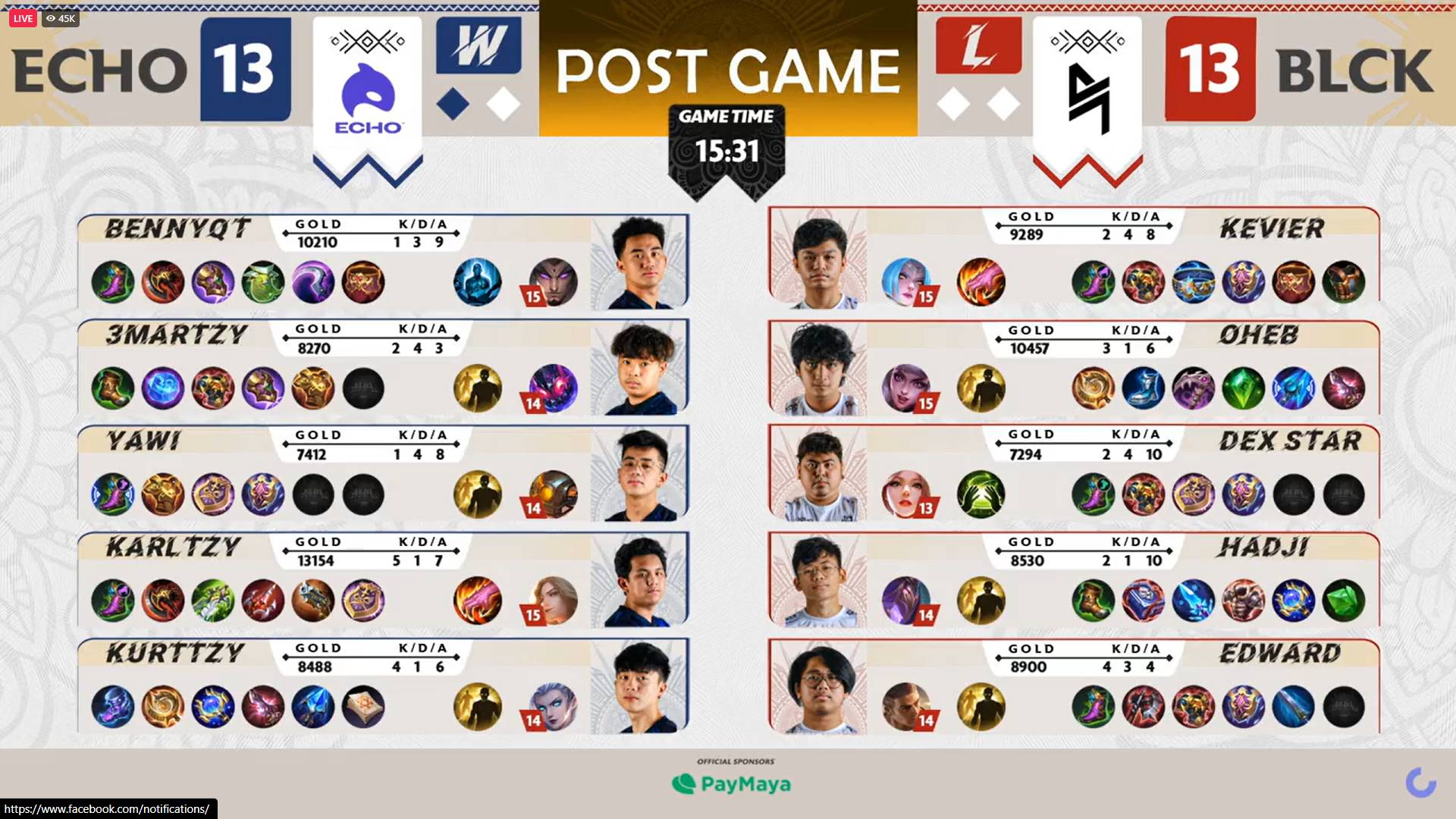 Blacklist International remained at the sixth spot with two points through a 0-4 standing.

ECHO will take on the RSG PH on Saturday at 6:00 PM. Blacklist International looks to end its losing streak against Bren Esports earlier that day at 4:00 PM.