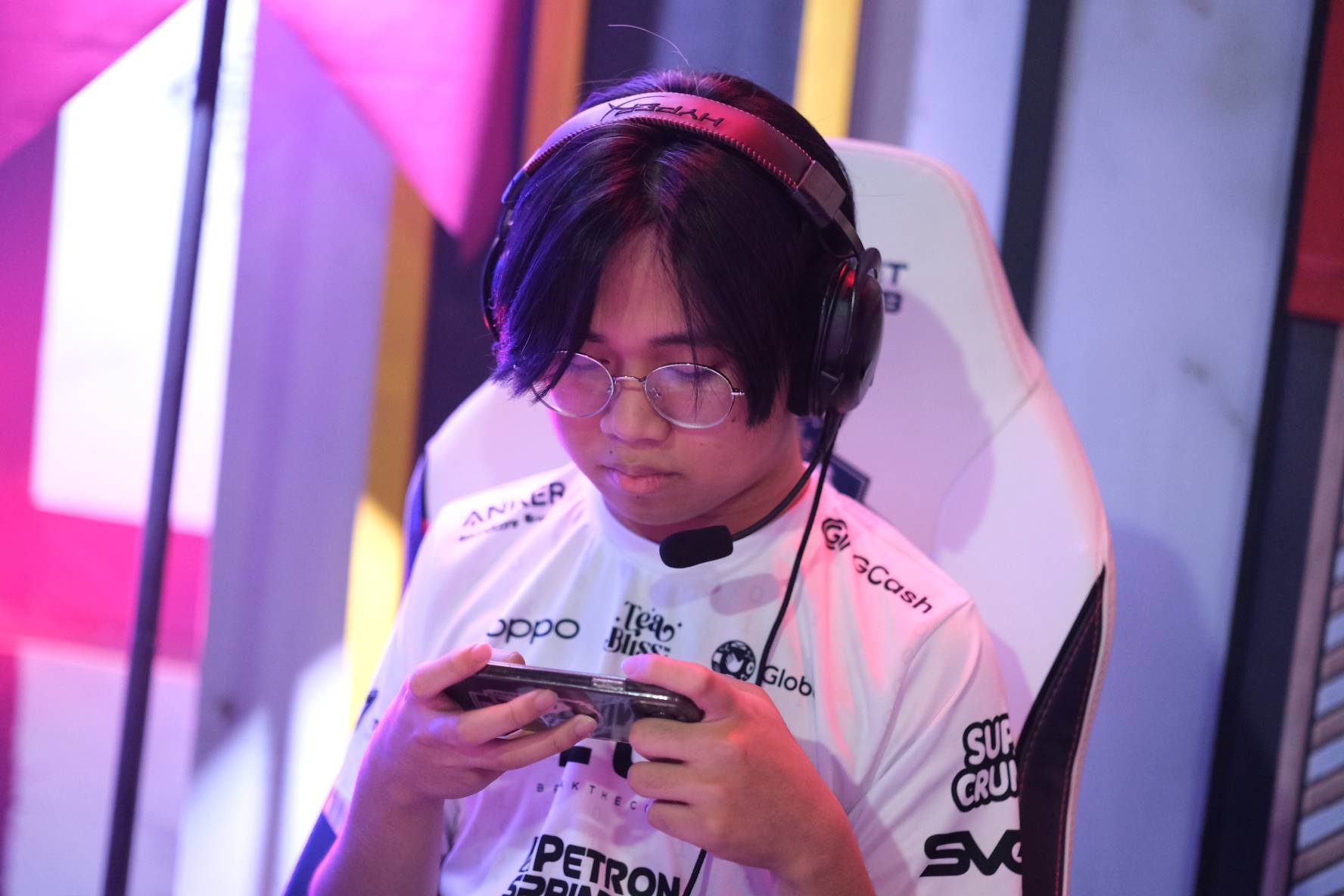 He then caught Dylan “Light” Catipon’s Masha with his Iron Hook anew which bagged the victory. 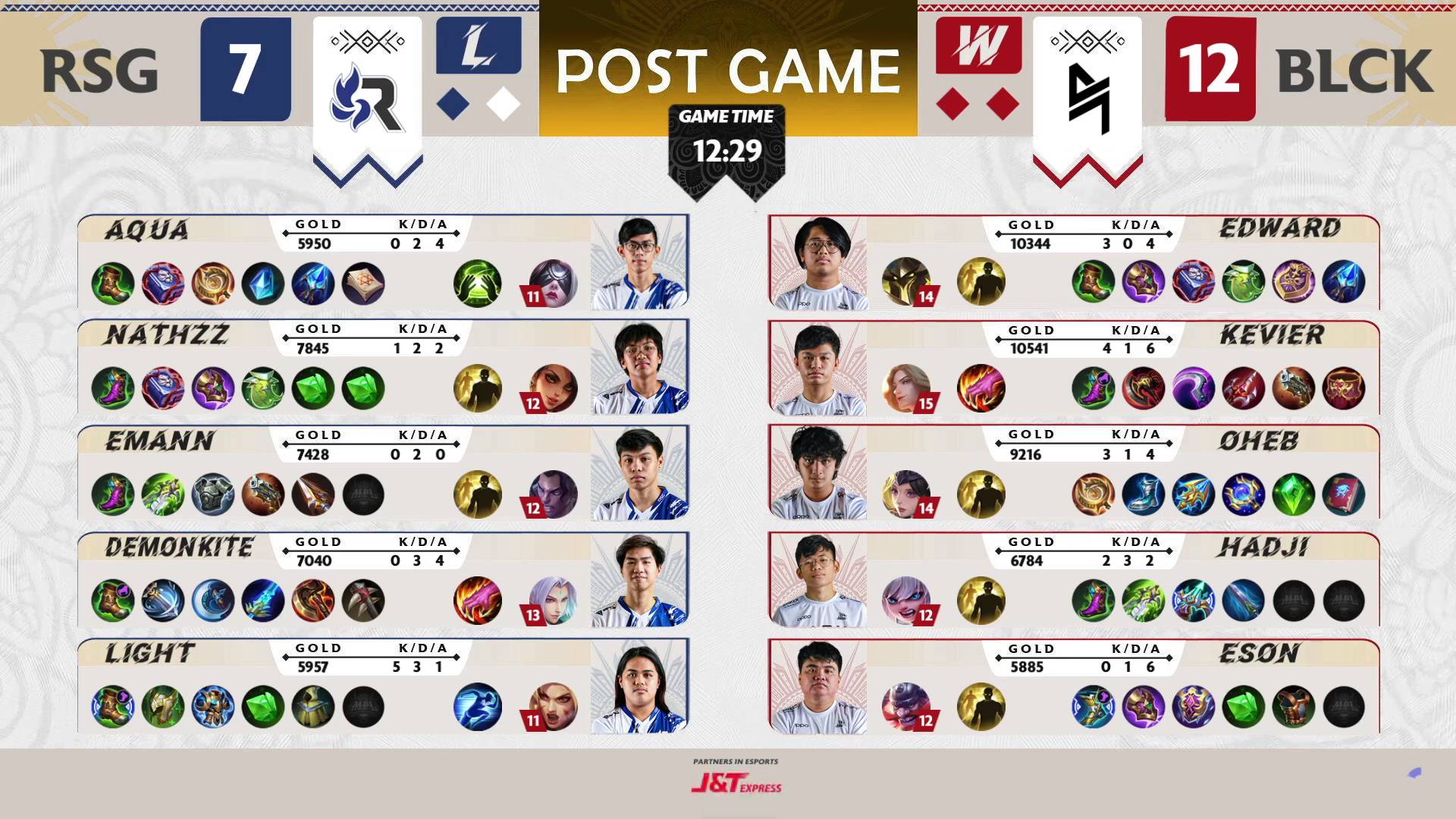 The win put Blacklist International at the sixth spot once again with 14 points through a 3-10 standing.

Despite trailing most of the time in Game One, Blacklist International was able to stall the match long enough to have a fighting chance against the surging RSG PH squad, which already built an 8K gold advantage in the late game. 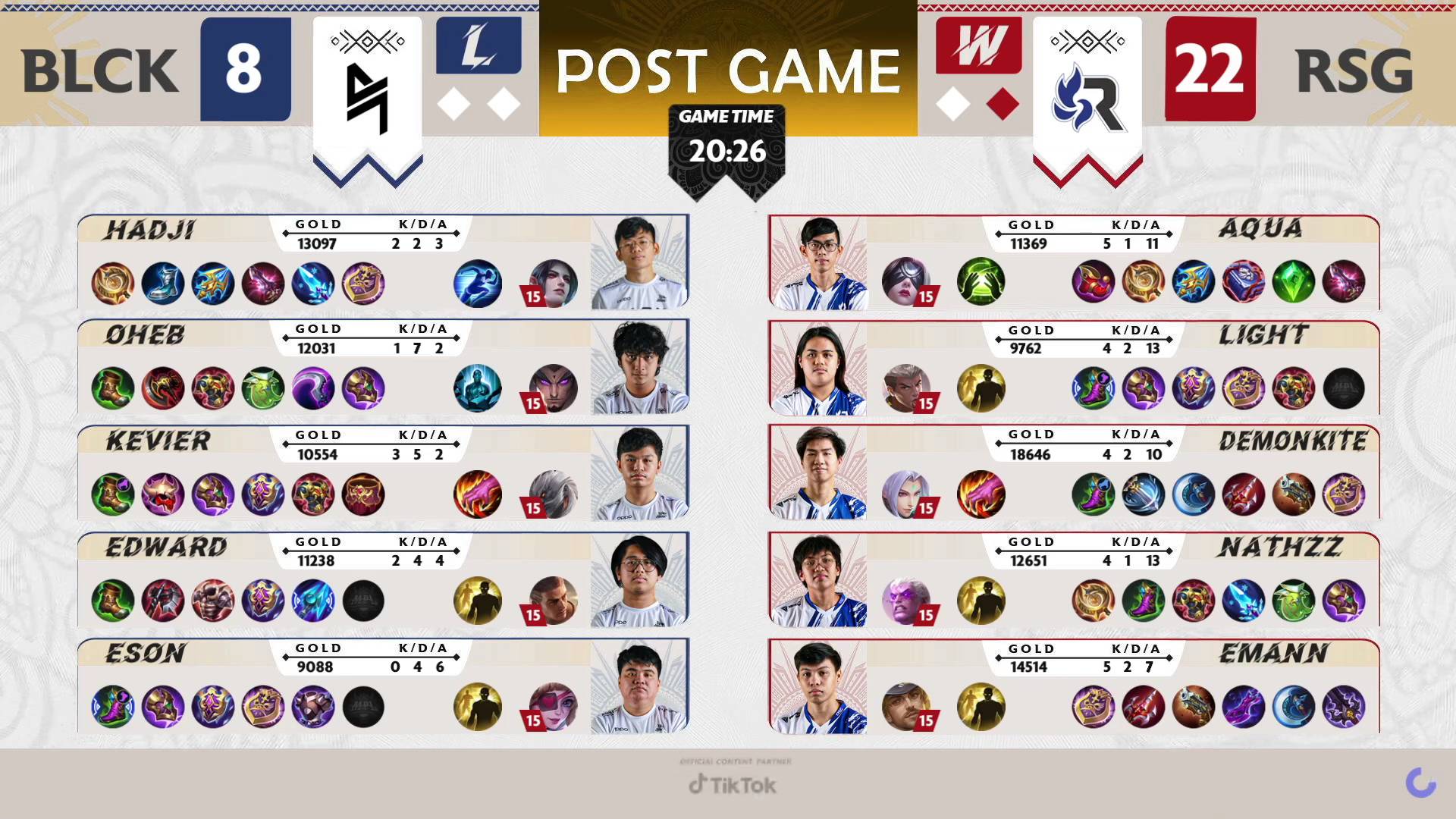 Unfortunately, a clash ensued entering the 20th minute after both teams jockeyed for position near the Lord pit.

RSG PH eventually bagged the win after a clean five-man wipe in the middle lane.

Light finished with a team-high 13 assists along with four kills and three assists to lead the win.

Edward’s Uranus starred in the 17-6 Game Two victory in 13 minutes and 23 seconds that helped Blacklist International tie the series at 1-all. 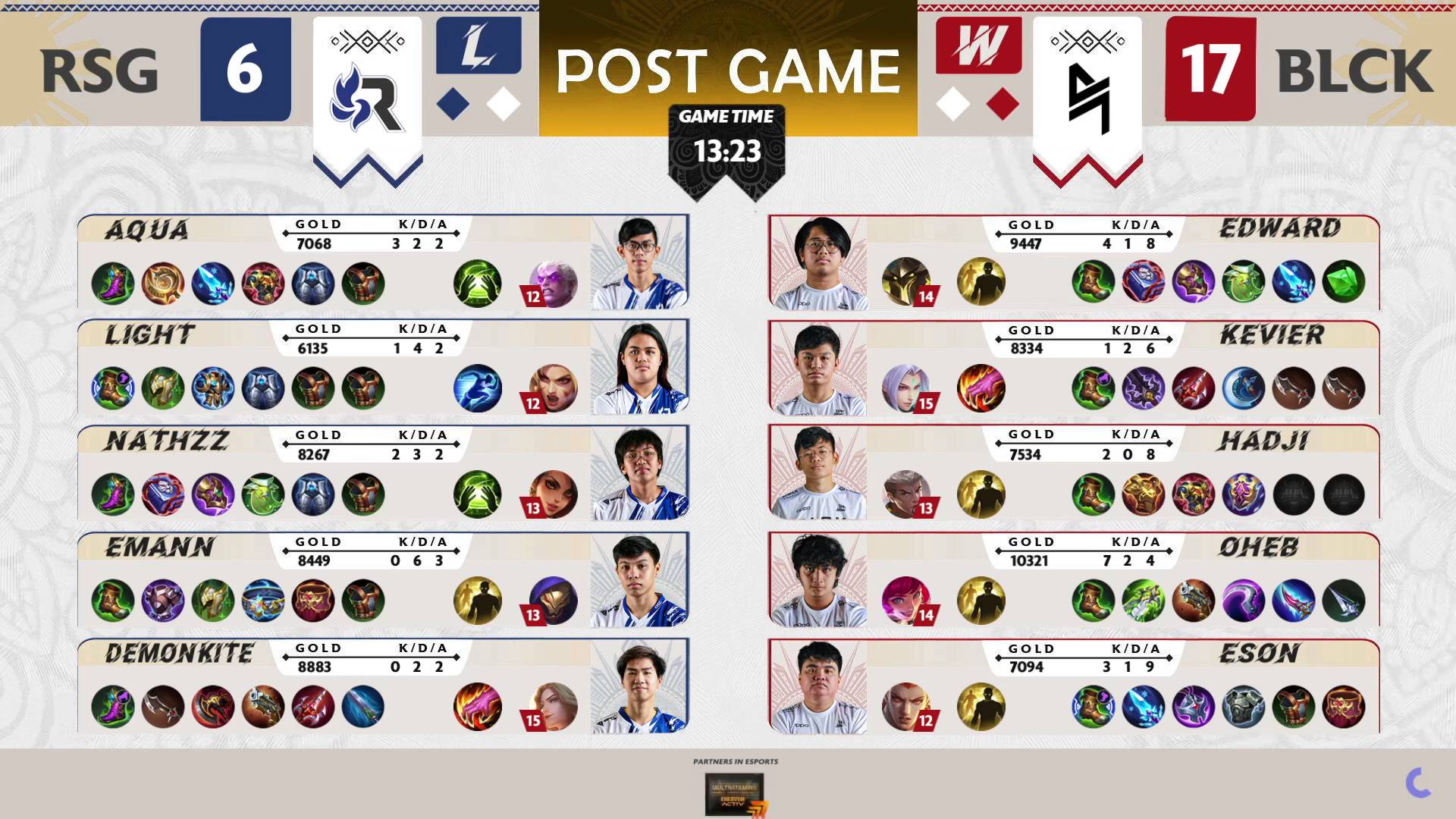 He finished with four kills and eight assists against one death while Kiel “OHEB” Soriano’s Beatrix had seven kills, two deaths, and four assists.

Blacklist International’s fate will be decided against Omega Esports on Saturday at 6:00, PM while RSG PH will play its final elimination game later that day against ONIC PH at 8:00 PM.