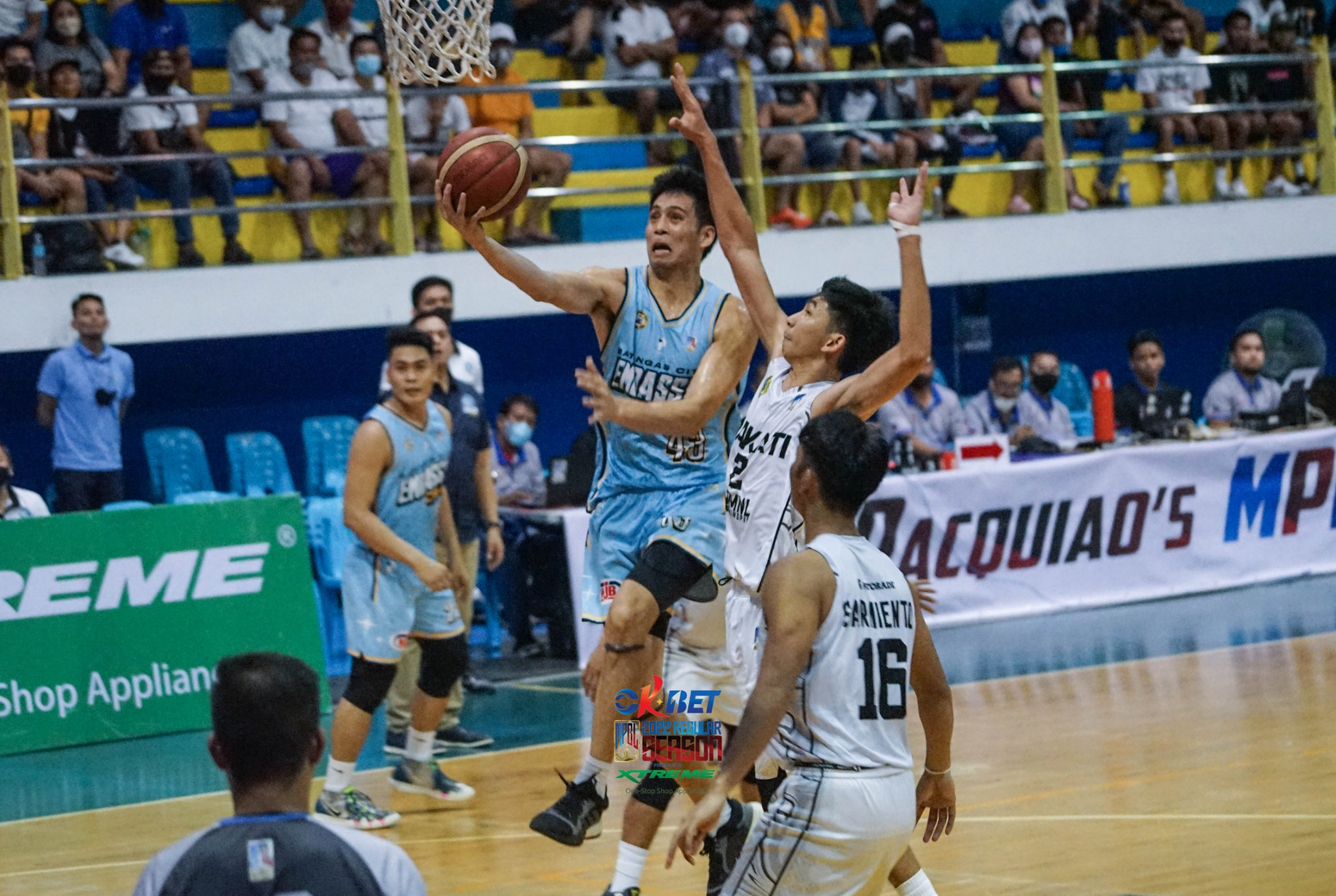 Exactly 492 days after being dumped by Makati, Cedric Ablaza, Jeckster Apinan, Rudy Lingganay, and Jhong Baloria were finally able to get to close a chapter in their lives.

More importantly, they were able to beat their former team after a controversial exit last year.

Game Three of the MPBL Lakan Northern Finals was held back on March 11, 2021. However, Makati only fielded five players in the do-or-die game against San Juan after a contract dispute with the players.

Makati, then backed by Super Crunch, was blown out by the Knights wasting the season.

Batangas head coach Cholo Villanueva downplayed the emotions his team had heading into the game but was happy for his boys.

“I’m just so happy for my players, especially Ced, Rudy, Jhong, and Jecks, since they finally closed a chapter e,” said Villanueva, who is also a former head coach of Makati. “They have been carrying this for the past year and I’m just proud that they did not let their emotions get in their way in this game.

“They just focused and the result showed it,” added the La Salle product.

It was a dominant wire-to-wire game for Batangas, racing to a 19-9 start and never looking back.

As the minutes went by, the lead only grew wider and wider, reaching a peak of 37 points — which was the final score.

“They played for each other in this game,” lauded Villanueva.

Makati, who dropped to 1-9, was led by Jan Sobrevega with 15 points while Larry Arpia added 11 points, seven rebounds, and six assists.