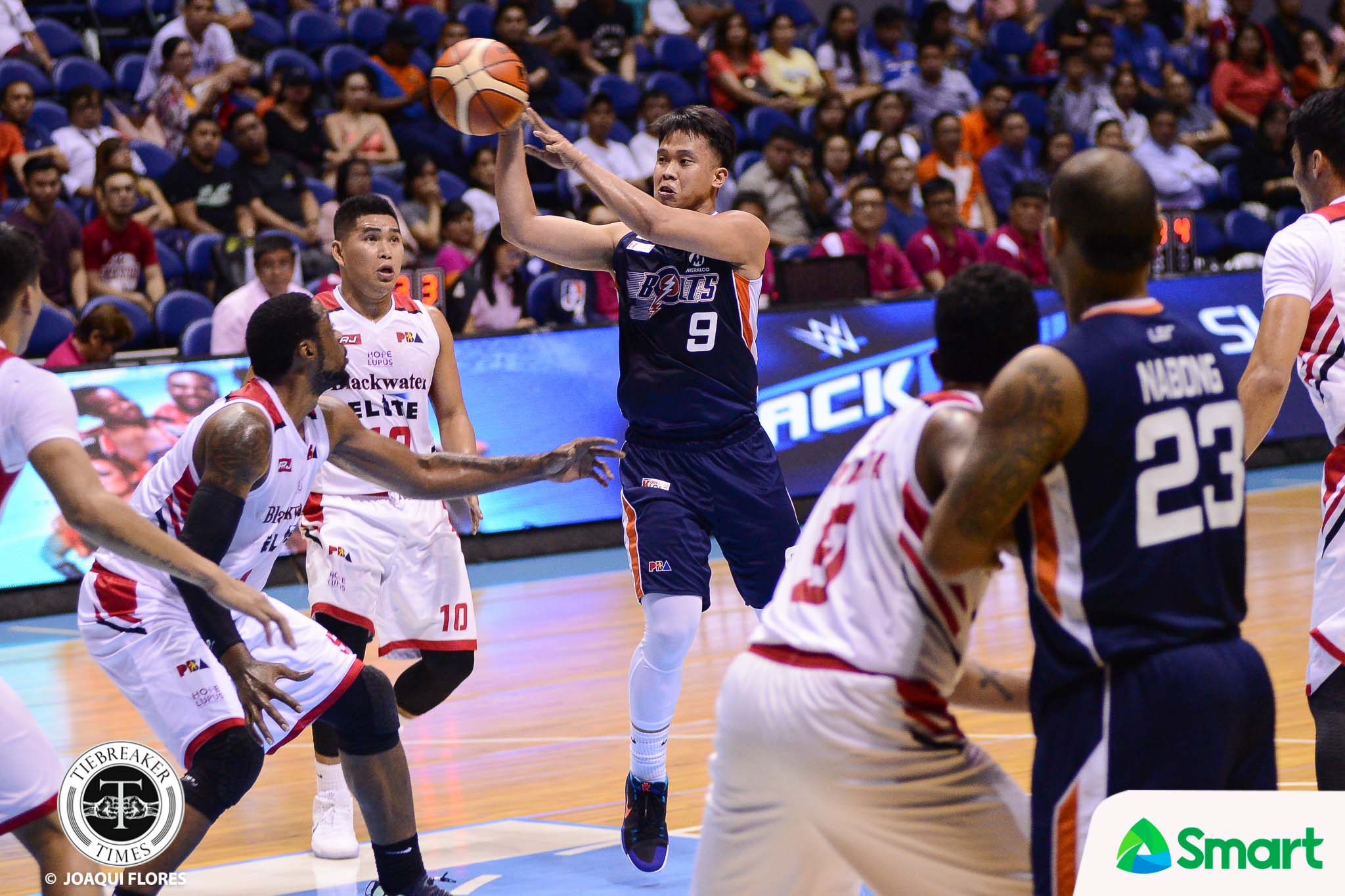 Baser Amer knows that the Meralco Bolts had still lacked a lot in their first-ever Finals appearance in last year’s Governor’s Cup. But now, the 25-year-old likes his team’s chances, as the Bolts aim to exact revenge on the Barangay Ginebra San Miguel.

For one, a 38-year-old Jimmy Alapag was the team’s floor general during that time, while Amer, who was a rookie back then, played just 18.6 minutes per contest.

Beyond his personal improvements in both skill and maturity, what has Amer upbeat about the match-up are the pieces they have acquired throughout the season — namely Garvo Lanete, Mike Tolomia, and Ranidel De Ocampo.

“May mga bagong players kami. Ang laki ng tulong nila sa’min,” lauded the Davao City-native of his new mates, whom they got from trades. “Magandang match-up ‘to.

However, there is some pressure, especially for Amer. He may be just in his second year in the pros, but he has already been assigned the huge task of serving as their on-court leader.

Still, the series is not just about him, but also about how Meralco will fare in the rematch. All eyes may be on them, but for Amer, he is expecting that a long series will ensue in Part Two of the Ginebra-Meralco story.

With Kent Salado down, Chiefs step up as Arellano stays alive