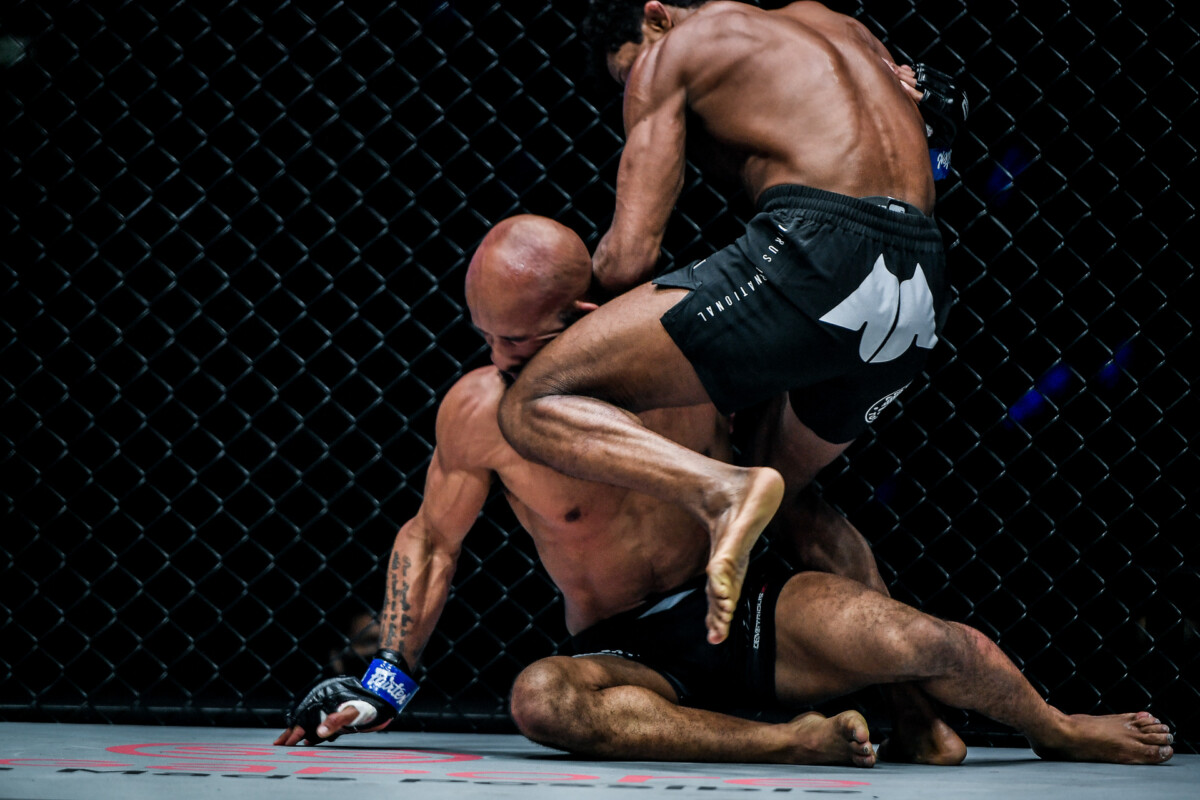 Adriano Moraes proved during ONE on TNT that he is the king of the flyweights.

This as the Brazilian who is a three-time ONE Flyweight World Champion handed the legendary Demetrious Johnson his first career stoppage loss last Thursday.

A well-placed knee to the head, which is allowed in the Global Martial Arts Rule Set For Competition, followed by numerous punches ended Johnson’s mystique.

For ONE Championship chairman Chatri Sityodtong, he was proved right by his prediction that the Moraes-Johnson match was a coinflip unlike what the odds say.

“Everyone completely ruled out Adriano.

” The oddsmakers had DJ as a minus-850 favorite to run through Adriano, but I warned the world at the press conference ahead of ONE on TNT 1 that the fight was a 50-50 fight. I even said that Adriano was the toughest opponent that DJ has ever faced in his entire career,” read Sityodtong’s post.

The win also proved that ONE’s champions are no fluke and that they can take on the Ultimate Fighting Championship’s champions as well.

During his time in the UFC, Johnson held the promotion’s World Flyweight Championship from 2012 to 2018. A highly controversial split decision loss to Cejudo made him lose the belt before a trade between ONE and UFC took place that saw the former give up Ben Askren for Johnson.

“As I have always replied when asked the question by fans and media, I definitely would welcome a ONE vs UFC mega event with World Champion vs World Champion. It would create epic global shockwaves around the world.”

In a champion versus champion affair, Moraes can either take on the UFC’s 125-pound champ Deiveson Figueiredo or current 135-pound champ Aljamain Sterling.

And if both promotions can make it happen, make sure to not count Moraes out.

In this article:Adriano Moraes, Aljamain Sterling, Deiveson Figueiredo, ONE on TNT