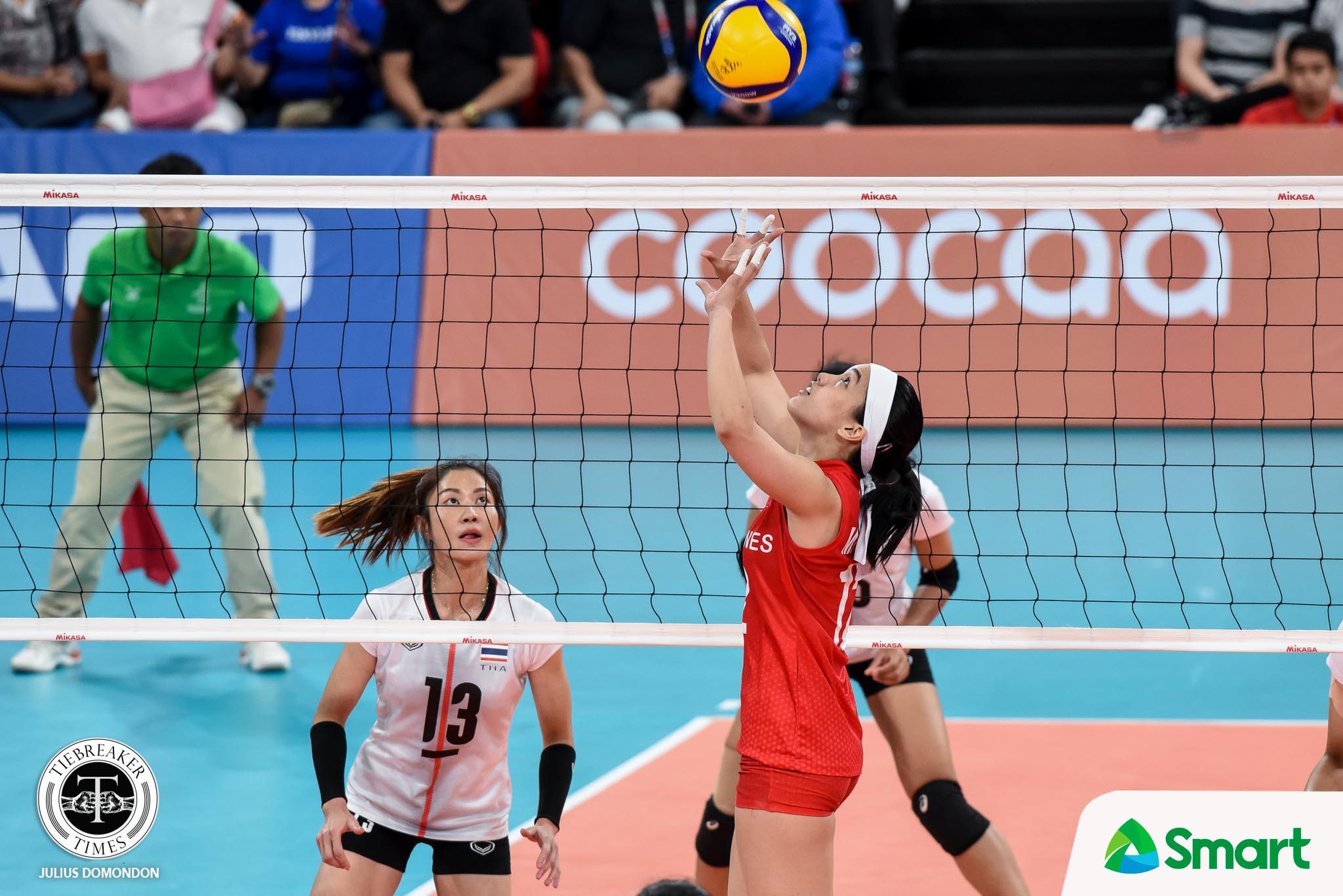 Everyone who has ever graced the taraflex and has experienced the beauty of volleyball has at least one idol. Someone whom they put on a pedestal, setting as their standard of greatness and modeling their game after.

Jia Morado and Rhea Dimaculangan are no different. Once dreamers, the two setters of the Philippines have drawn inspiration from legends. One of them is Nootsara Tomkom of Southeast Asian powerhouse Thailand.

Tomkom is widely known as the main orchestrator of the World Grand Prix regular’s fearsome arsenal. She has steered Thailand to the promised land on numerous occasions, while adding feather after feather to her cap in the process.

But at 34 years old, the chances are high that Tomkom will hang her national team jersey for good. So in what could be her final match against the Philippine contingent, the Filipinas made sure to leave a lasting impression on Thursday night.

The Nationals ended up succumbing in straight sets to bid their gold medal hopes farewell. Still, they brought the fight and pushed the mighty Thais to the brink.

It was truly a match to remember. And both Morado and Dimaculangan could not rein in their emotions after giving Tomkom and the Thais a very tough time.

The experience was surreal for the Filipinas, especially for Dimaculangan, who met Tomkom across the net for the first time. She was, after all, seeing a player she spent hours and hours of watching on videos come alive right before her very eyes.

Morado, on the other hand, shared the court with the Thai legend a year ago in the 2018 Asian Games. She even received a game-worn jersey after watching the gold medal match between Thailand and China. 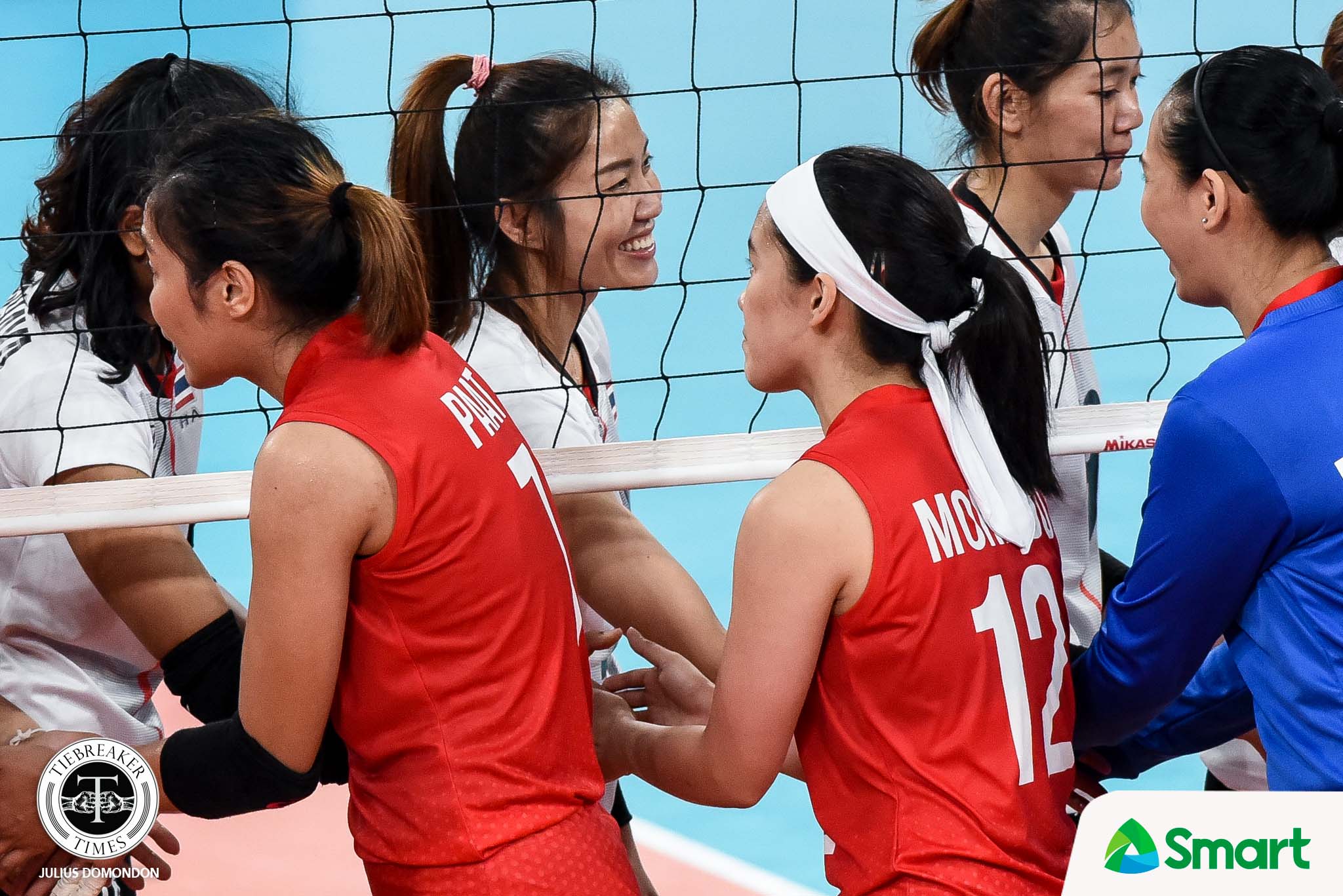 The Ateneo product mentioned that, if she and Dimaculangan would want to know how they’d fare against a setter of Tomkom’s caliber, they must never think that they couldn’t measure up with her. It’s all about focusing on what you can do on the court and putting your best foot forward, she said.

Without a shadow of a doubt, Morado and Dimaculangan will relish the experience of facing Tomkom for the rest of their lives. And the two are glad that they had that chance.