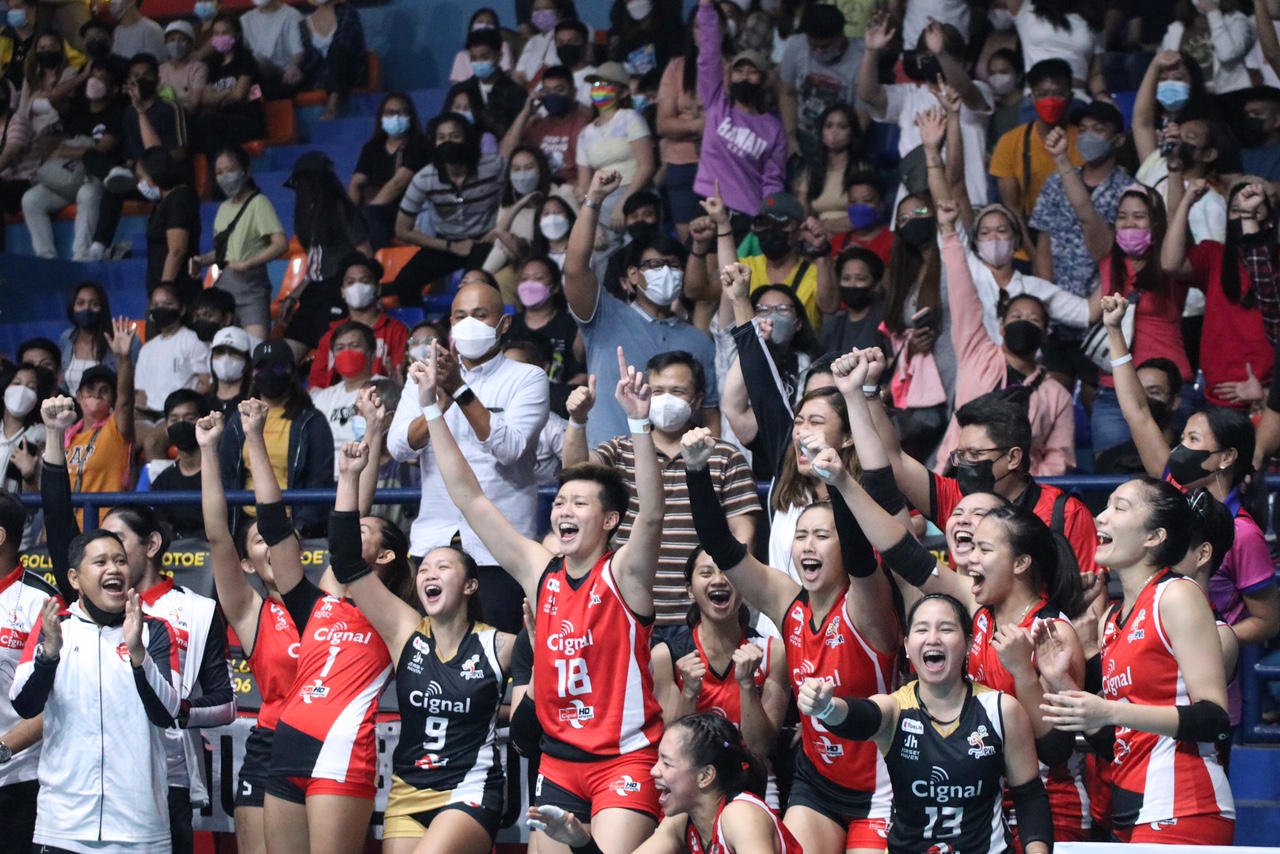 And Cignal made sure to give the fans their well-deserved welcome, putting on a show in its three-set, 25-14, 25-9, 25-14 victory over the BaliPure Water Defenders in the quarterfinals on Monday afternoon.

Ces Molina — who top-scored the match with 12 points — expressed her delight upon seeing the fans for the first time since 2019.

HD Spikers head coach Shaq Delos Santos revealed that the team was very excited heading into the match. He also expressed the fans’ importance in the volleyball community.

The HD Spikers were on a tear against the Water Defenders, even putting up a 17-3 rally to end the second set before eventually taking the win via a 25-14 win.

Cignal, after posting an immaculate 4-0 standing in the group stage, extended its winning streak to five games and has already advanced to the semifinals of the 2022 PVL Open Conference.

The HD Spikers will take on the winner of the Petro Gazz-F2 Logistics match up in the semifinals on Friday at 3:00 PM.