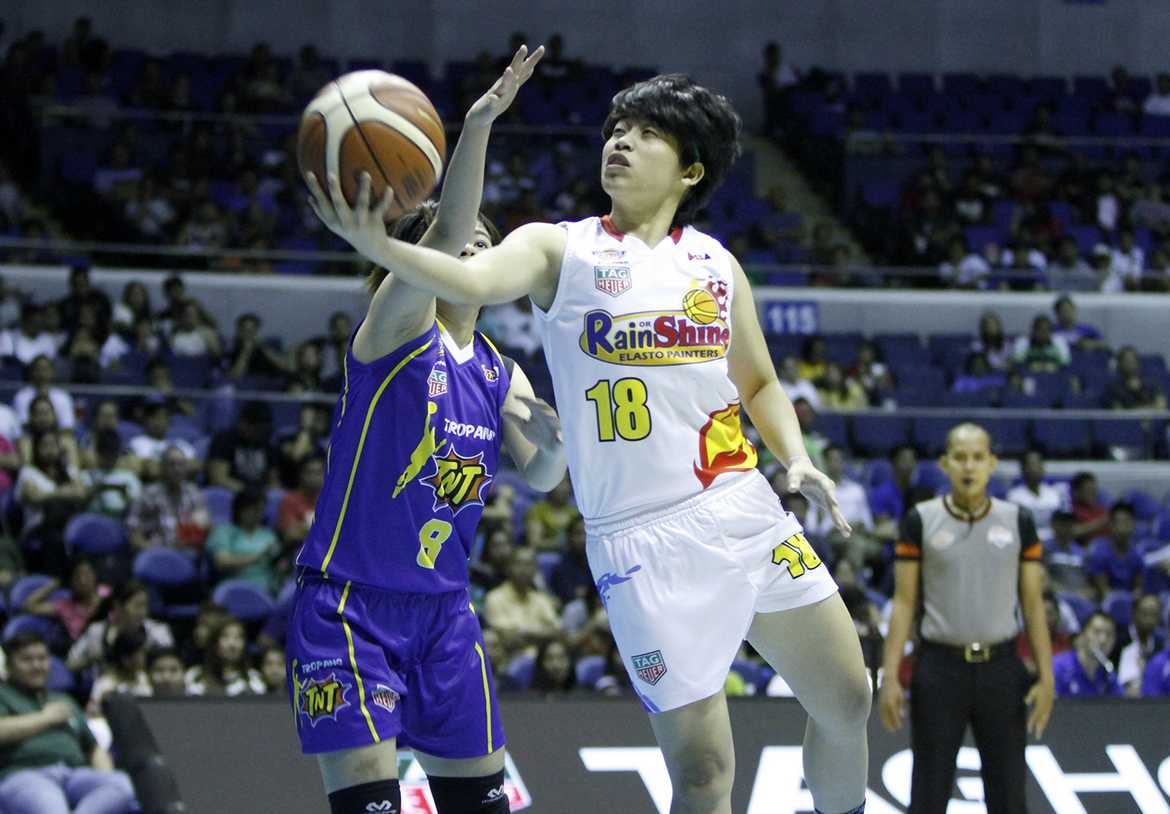 Rain or Shine remain undefeated in the PBA-Tag Heuer 3-on-3 women’s basketball tournament after hacking out a 12-10 overtime win against Tropang TNT, Wednesday at the Smart-Araneta Coliseum.

Kat Garcia nailed the two free throws in overtime that broke a 10-all deadlock and sealed the win. Under tournament rules, the first team to score two points in extension wins. Since TNT had been under penalty situation, Garcia was awarded two foul shots.

Ara Abaca led Rain or Shine in the early goings, scoring four of the first five points of the team as the Elasto Painters jumped to a 6-2 lead. But Karen Salapong began to gain rhythm, and scored five points, including a two-pointer to push Meralco ahead, 9-7.

Jaclyn Cruz then scored off an Abaca turnover, but Abaca converted an and-one to tie the game at 10-all with just 8.8 seconds left. Rain or Shine eventually gained first possession in overtime where Garcia was fouled.

Rain or Shine moved to 3-0 in Group B for solo leadership while TNT drops to 1-1.

In the first game, Meralco finally broke into the win column, edging San Miguel, 15-12. Both teams had entered the match winless, and both sides figured in a good exchange early on.

After Ayra Hufanda made a two-pointer which gave San Miguel a slim 7-6 lead, the Bolts responded with four straight points coutesy of a two by Jaira Baarde and baskets by Janice Abesamis and Katherine Binamira to make it 10-7.

Jimenez missed a jumper with 20.3 seconds remaining, leading to two more foul shots from Dela Merced, which sealed the win.

The Bolts improved to 1-2 after the victory, while San Miguel slid to 0-4 in Group B.