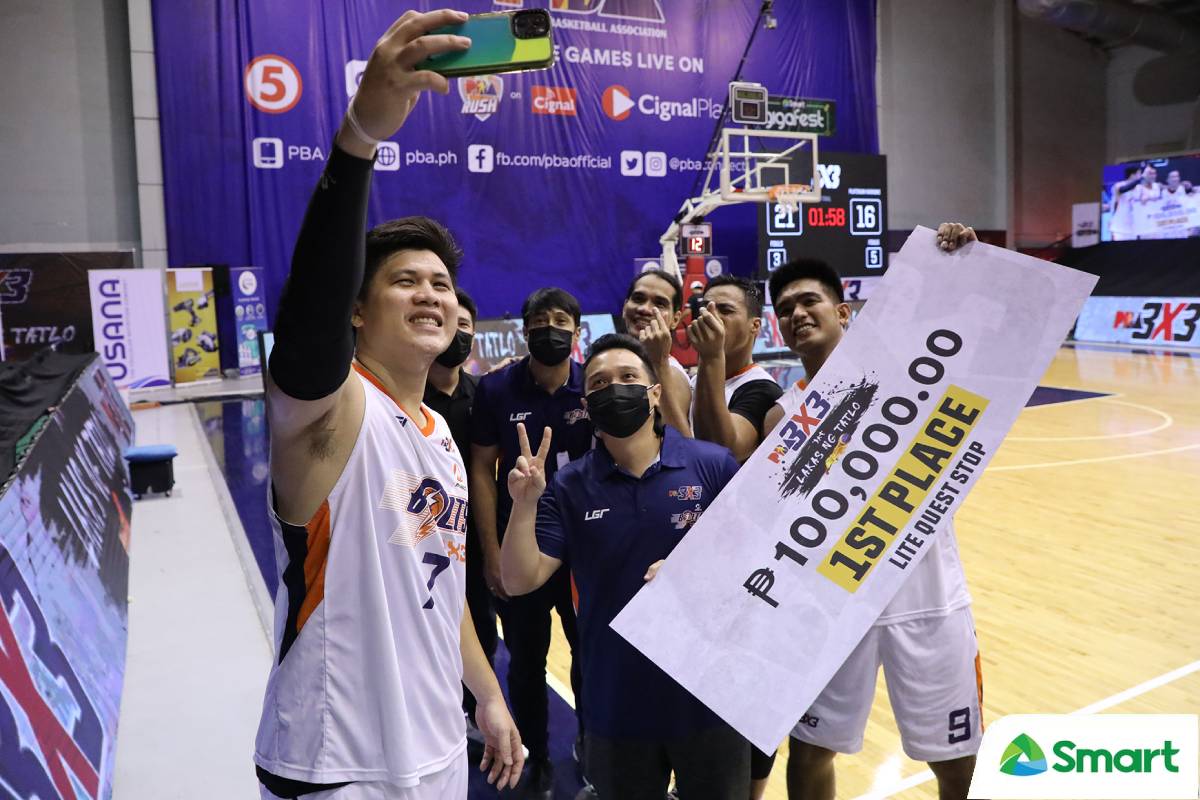 Meralco took down Platinum Karaoke, 21-16, to emerge as champions of the PBA 3×3 inaugurals’ second leg, Thursday at the Ynares Sports Arena in Pasig.

Joseph Sedurifa came up big in the endgame as the Bolts finally nailed the ultimate prize. They earlier settled for a runner-up finish behind TNT in Leg 1.

The lanky sharpshooter scored their last three points, none bigger than his two-pointer with 1:59 left to play that knocked the opposition out cold.

A member of the organization for some time now, the CEU product finished with six points in the triumph that also won them PHP 100,000.

It was a stellar run for the MVP ball club, who suffered only one loss in Leg 2. They got back on the Tropang Giga for that Leg 1 heartbreak in the semis.

But that’s when Sedurifa took over, first by scoring off a strong drive to the cup. Then came that outside shot – against the defense of De Chavez.

Karl Dehesa and JR Alabanza each made two points. Yutien Andrada scored one for the guest team, which is going home with PHP 50,000.