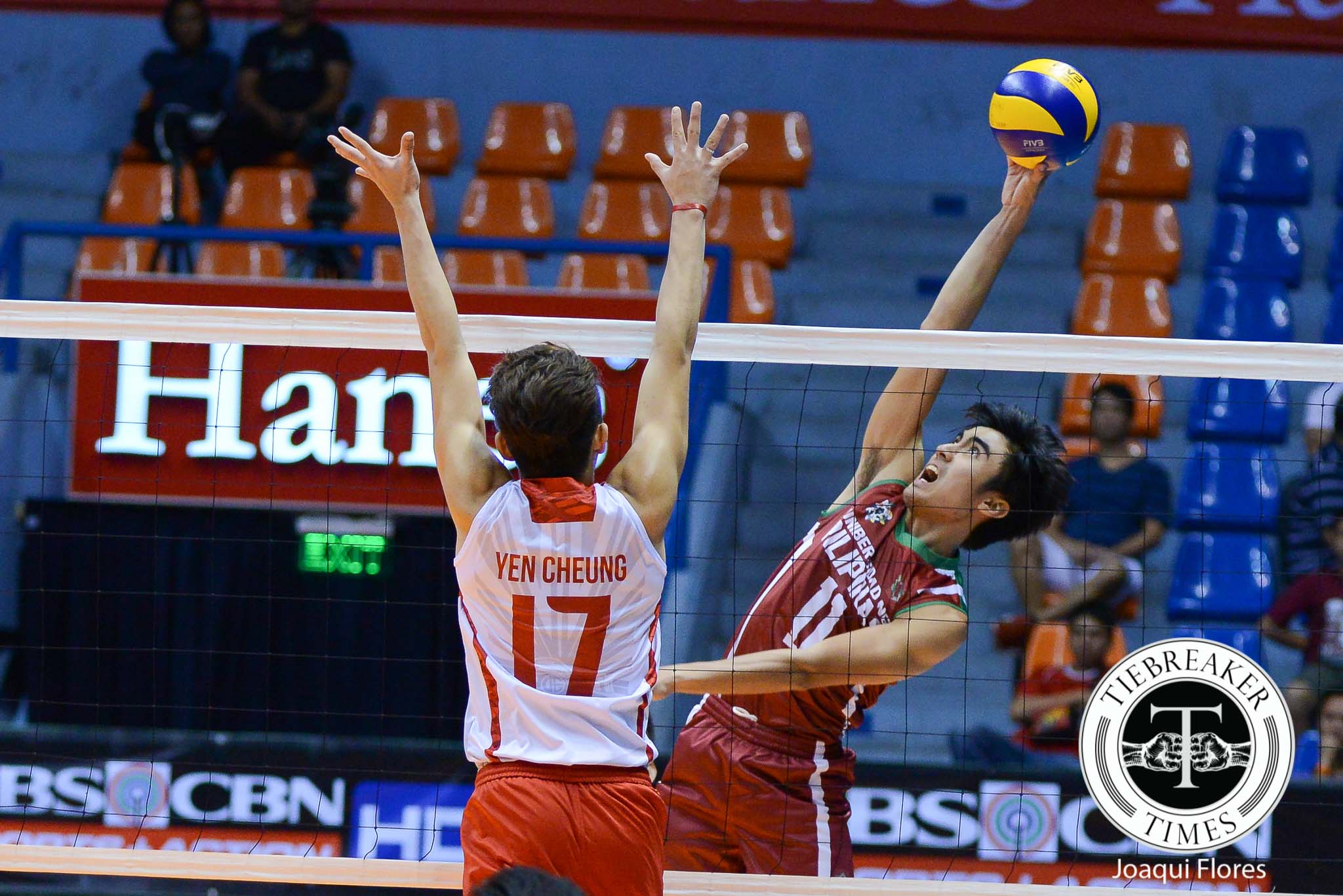 The Maroons started hot out of the gates. They held the Red Warriors to less than double-digits scoring in the first set, bombarding UE with powerful spikes while preventing them from taking any easy points. While the Red Warriors put up a bigger fight in the second set, they were unable to pull through at the end of the set, resulting in another loss. They didn’t fare any better in the third as the Maroons proved too much for UE to handle.

UP proved to be the better team in every scoring category. They outspiked the Red Warriors 32-24, while notching more block kills 9-5, as well as served up more service aces, 7-3. The Maroons were also able to limit their errors to just 18, while UE coughed up the ball 27 times.

The UP Maroons were led by veteran, Alfred Valbuena’s 13 points, 12 of them coming from attacks. He was aided by Wendel Miguel who pitched in 11 points.

For the Red Warriors, Ruvince Abrot was the only playing who scored in double digits with 11 points. Team Captain Edward Camposano had 8, while Noel Alba scored 7 points.

Both teams go on a week long break before their next match on March 20, Saturday at the Philsports Arena. UE will go up against the FEU Tamaraws at 8am, while UP will battle the NU Bulldogs.