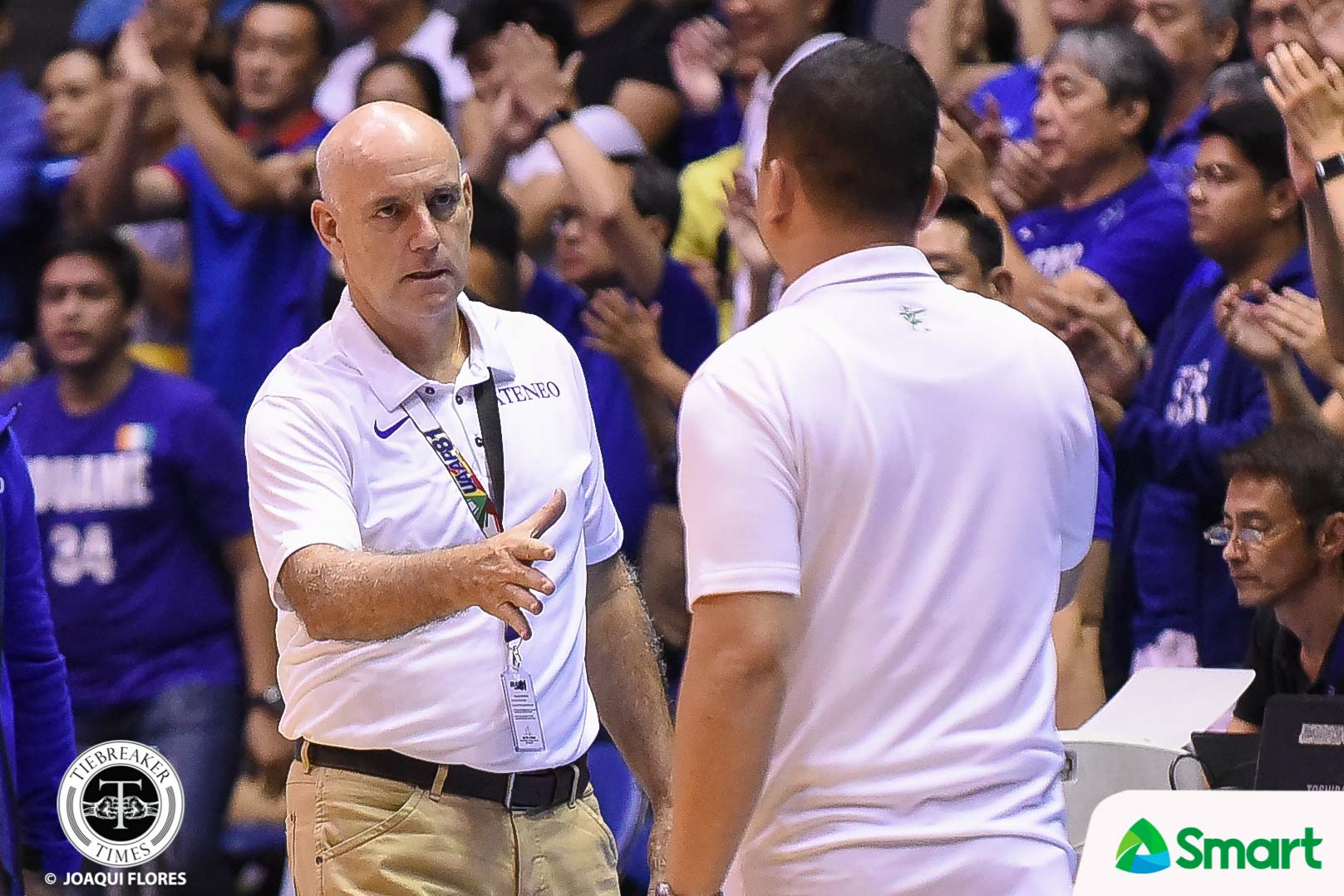 PBA Commissioner Willie Marcial said that the league will announce its sanction on TNT assistant coach Tab Baldwin on Tuesday for the controversial comments he made regarding the league’s officiating and import policies, as well as about local coaches.

The decision comes a day after the Gilas Pilipinas program director met with Marcial and other league officials via Zoom conference to air his side regarding the matter, which caused an uproar — especially among the Filipino coaching fraternity.

Baldwin over the weekend personally reached out to the Commissioner to sort things out, which led to Monday’s meeting. And there, the 62-year-old apologized and said that he is ready to accept whatever decision the league will come up with.

Baldwin has been in hot water following his guesting in the Tiebreaker Vodcasts’ Coaches Unfiltered presented by SMART last Thursday, where he said that the PBA’s single-import conference is a ‘big mistake’.

The Ateneo de Manila University chief bench tactician also expressed that Filipino coaches are “tactically immature” and accused the PBA referees of giving all of the rules latitude to imports.

The former chief bench tactician of the New Zealand men’s national team, however, clarified that he gave his commentary when he was asked ‘what surprised me when I first came to the Philippines’.

The Basketball Coaches Association of the Philippines, headed by Louie Gonzales, has also denounced the statements of the former Olympian mentor, even issuing two statements to express their strong opposition.

Marcial shared that he had suggested that Baldwin issue a statement addressing all those who have been offended, but it will all depend on the former Gilas drill master if he will do such.

Rebo Saguisag on Tab Baldwin: ‘It’s important to know the context of what was said’