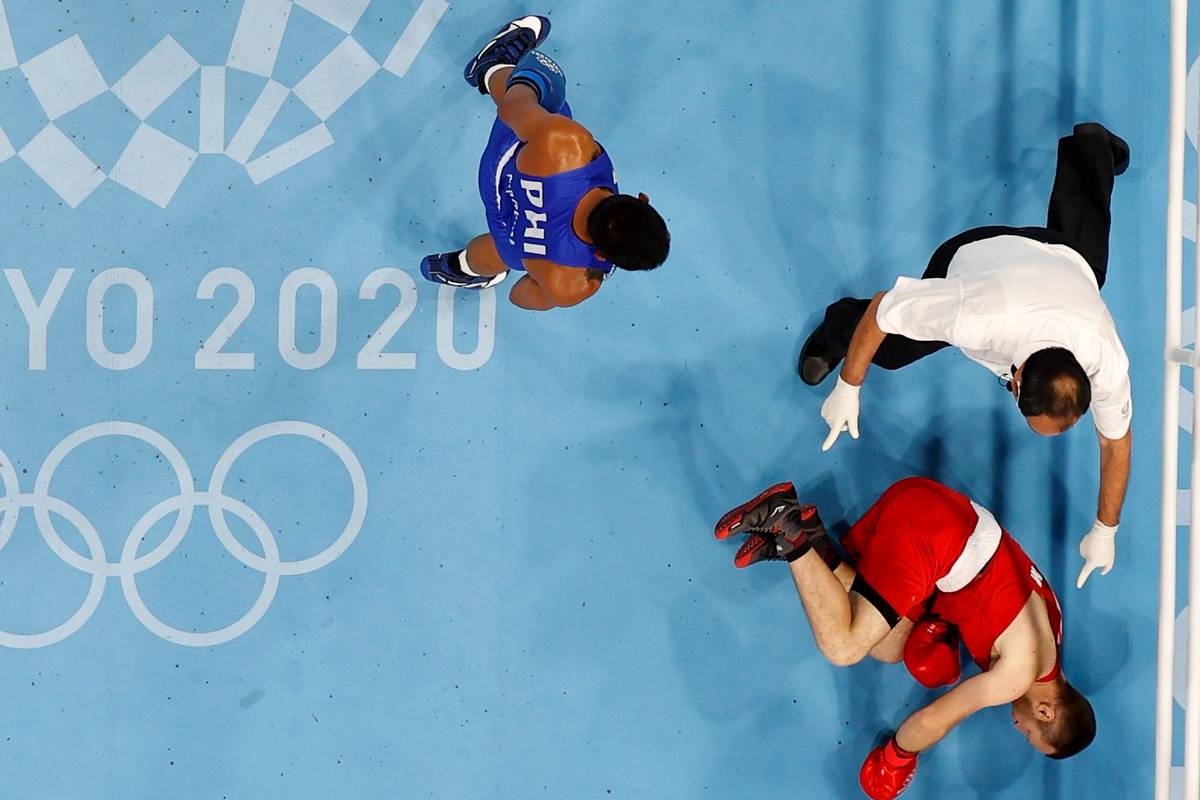 Eumir Marcial continued his tear in the 2020 Olympics Men’s Middleweight Boxing tournament, stopping Arman Darchinyan in just 2:11 of the first round, Sunday at the Ryōgoku Kokugikan.

The 25-year-old Filipino was a beast against the 27-year-old Armenian, storming off the gates and peppering his opponent with body shots.

With 1:25 left in the bout, Marcial connected on a huge 1-2 combination. That then forced Colombian referee Wulfren Perez to call for a standing count. Darchinyan was able to regain his bearings at the count of eight.

Things, though, were all but over.

As Darchinyan tried to go for a left, Marcial was literally quicker to the punch, connecting on a right hook that decked Darchinyan.

Perez had no other recourse but to stop the bout with 49 ticks left.

Marcial is now assured of a medal in the Games. Moreover, Team Pilipinas has now tied its record in 1932 with three assured podium finishers. Nesthy Petecio will gun for gold on August 3, while Hidilyn Diaz took gold last Monday.

#ReadMore  #TheRivalry: A Magician in the House?

The Zamboangueno will face Ukraine’s Oleksandr Khyzhniak in the semis on August 5.

In this article:Eumir Marcial, headline