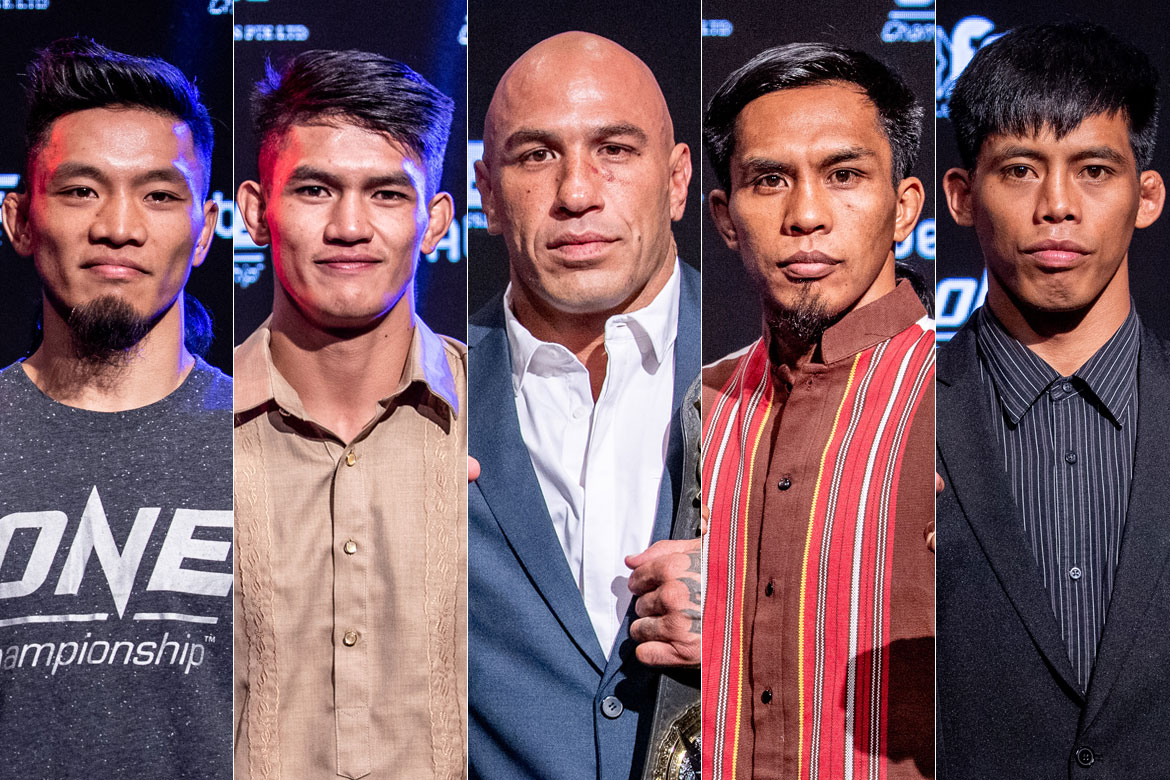 ONE Championship is about to celebrate its 100th event by staging the historic two-show ONE: Century on October 13, and it only proves how far mixed martial arts in the Philippines has evolved alongside the organization.

Of the seven bouts in Tokyo that include either a World Title or a Grand Prix prize, three match-ups feature Filipinos.

Brandon “The Truth” Vera looks to become a two-division World Champion when he battles Aung La “The Burmese Python” N Sang in the main event of PART II.

Kevin “The Silencer” Belingon then takes on Bibiano “The Flash” Fernandes in the co-main event of the evening show.

Meanwhile, Danny “The King” Kingad highlights the morning show when he takes on the legendary Demetrious “Mighty Mouse” Johnson in the ONE Flyweight World Grand Prix Championship Final.

For Kingad, there is no bigger honor than to fly the flag in the promotion’s momentous event, which will be aired live all over the world — including in the US, where TNT will air PART I on primetime.

“I’m happy to be back here again and competing in the most important match of my life. It is an honor to represent my country, the Philippines, and I am glad to be here with my Team Lakay family,” Kingad said.

The 24-year-old Team Lakay standout has a big task ahead of him, but the pay-off could be incredible.

“I’m excited to showcase Filipino martial arts talent to the American audience. It’s a dream come true to share the ONE Circle with a legend in Demetrious Johnson,” Kingad said. “But I believe I have the chance to beat him. If I beat him, it will be the greatest accomplishment of my career.”

On the other hand, Belingon — who also competed with Kingad on ONE’s first show in Japan — would love nothing more than to make up for his previous performance in front of the local fans.

The Kiangan, Ifugao native lost his World Title to Bibiano “The Flash” Fernandes last March as he got disqualified for inadvertently landing illegal elbows. Now, he looks to erase that from the Japanese fans’ memories with a jaw-dropping performance.

“Getting to compete here in Japan excites me because of the support of the Japanese fans,” Belingon said. “This is my fourth match with Bibiano Fernandes. I trained very hard for this one, and I encourage everyone to watch my fight and don’t miss this historic event.”

Patience Has Kept Kevin Belingon Prepared For His Most Important Match

51-point outing proved how McDaniels is on a different level, says Durham

KJ McDaniels’ headband was his lucky charm in 19-point comeback