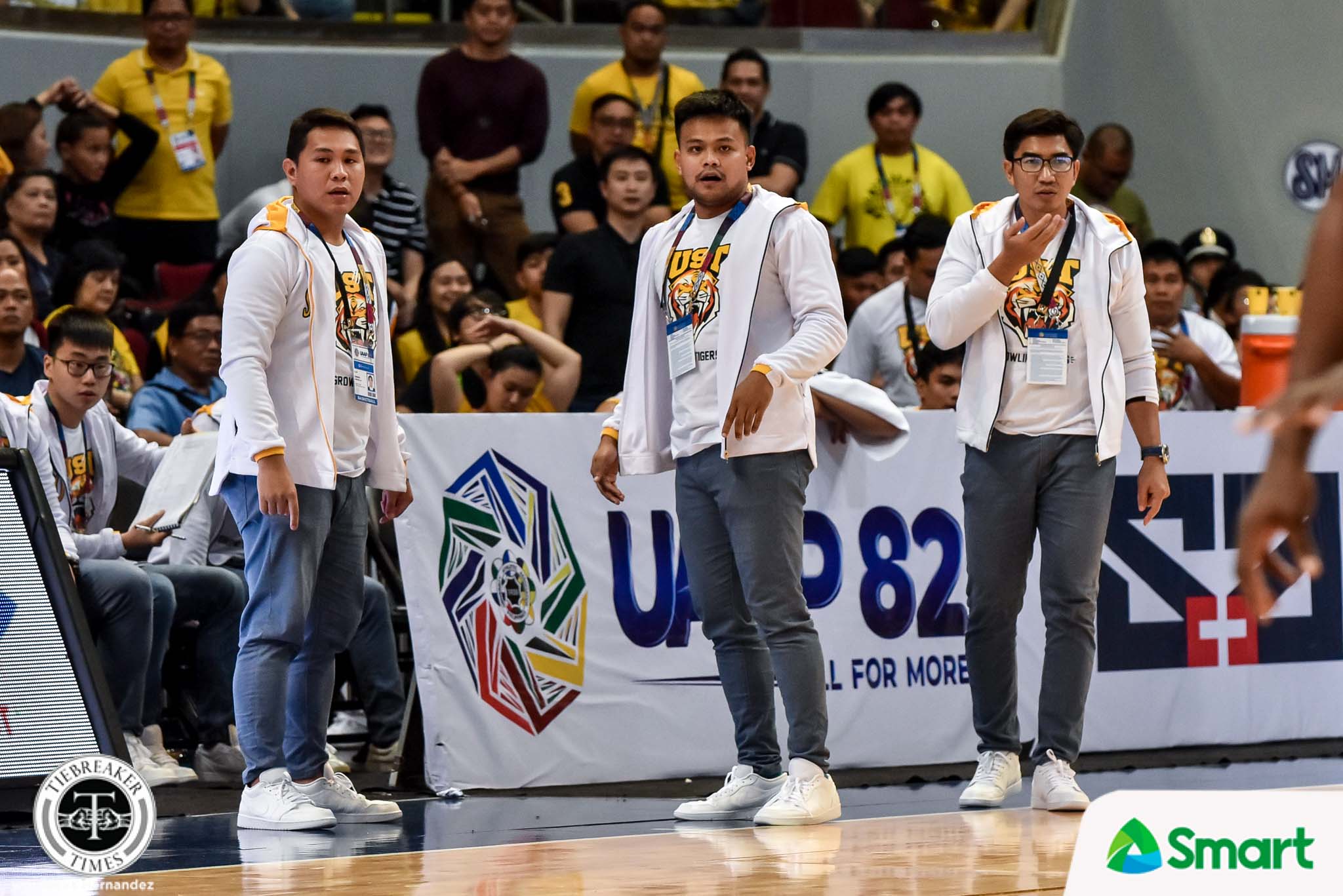 UST head coach Aldin Ayo celebrated his 42nd birthday last Tuesday, though he received a belated present from his Growling Tigers a day after.

His team gifted him a vital 84-78 victory over the second-seeded Fighting Maroons on Wednesday.

“I’m just happy that we got this one ‘cause this is a very important game.”

With the victory, UST now possesses a 6-5 win-loss slate and is now a game behind UP, who dropped to 6-4. This makes the race for the second seed a tight one for both squads.

But the victory was special for Ayo since his family was there to witness his triumph. Due to his coaching responsibilities with the Growling Tigers, the former Letran mentor’s time with his kids suffered.

With his kids attending school in Sorsogon, he cannot escape feeling homesick.

That’s why he’s just glad to finally spend time with his children, especially on his birthday.

Aside upon seeing the 11-year-old Migs and 8-year-old Chelsea, Ayo has been reminded of the reason of his sacrifices.