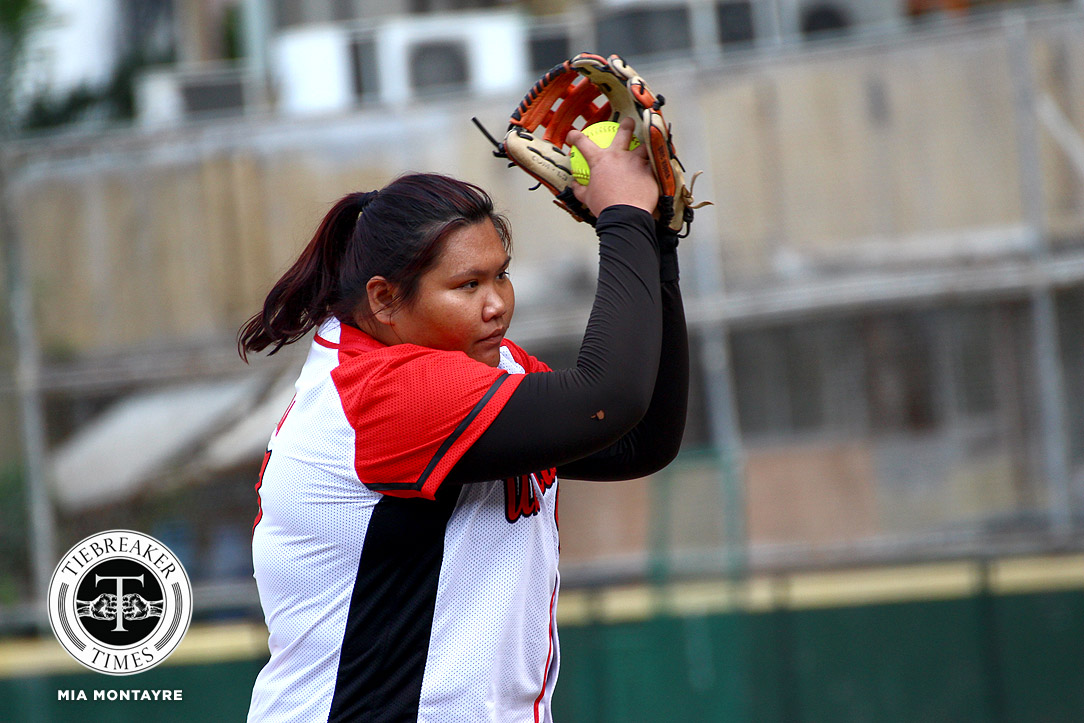 In a team that has been struggling with youth, two seniors made sure to lift the University of the East Lady Warriors to the win column.

Behind a no-relief effort by Lovely Redaja and a clutch hit courtesy of Lourdes Blanco, the Lady Warriors barged into the win column, breaking the hearts of the Ateneo de Manila University Lady Eagles in the process, 5-4, Monday afternoon at the Rizal Memorial Baseball Stadium.

This is the first win of the Lady Warriors in four tries. Meanwhile, the Lady Eagles drop to their fifth straight loss in the UAAP Season 81 Softball tournament.

Still, he had to rely on one of his trusted veterans.

With the game knotted at 4-all in the seventh inning, fifth-year shortstop Lourdes Blanco connected on a base hit to bring rookie third baseman Therese Bernante home for the go-ahead run. Then at the bottom end of the inning, UE ace Lovely Redaja made amends for an early fielding error by her teammate with a 1-2-3 of the Ateneo batters to seal the win.

#ReadMore  Ayonayon checks another one off of MPBL bucket list

Blanco ended up going 2-of-4 at-bat, tallying two RBIs, while Redaja earned the win after allowing his hits and four runs but having two strikeouts.

For Ateneo, Kevyn Lacson did a commendable job on the mound, throwing six innings and knocking off four UE batters. Jill San Juan provided the spark for the Lady Eagles, as she popped a single during the fifth inning that brought home two runs to knot the game.

With just two games remaining in the first round, Bacarisas hopes that this win would lead to the Lady Warriors turning a new leaf.

UE will next face the University of Santo Tomas Tiger Softbelles on Thursday, February 28 at 1:00pm. On the other hand, Ateneo play their final game of the round on the same day, taking on the University of the Philippines Lady Maroons at 9:00am.