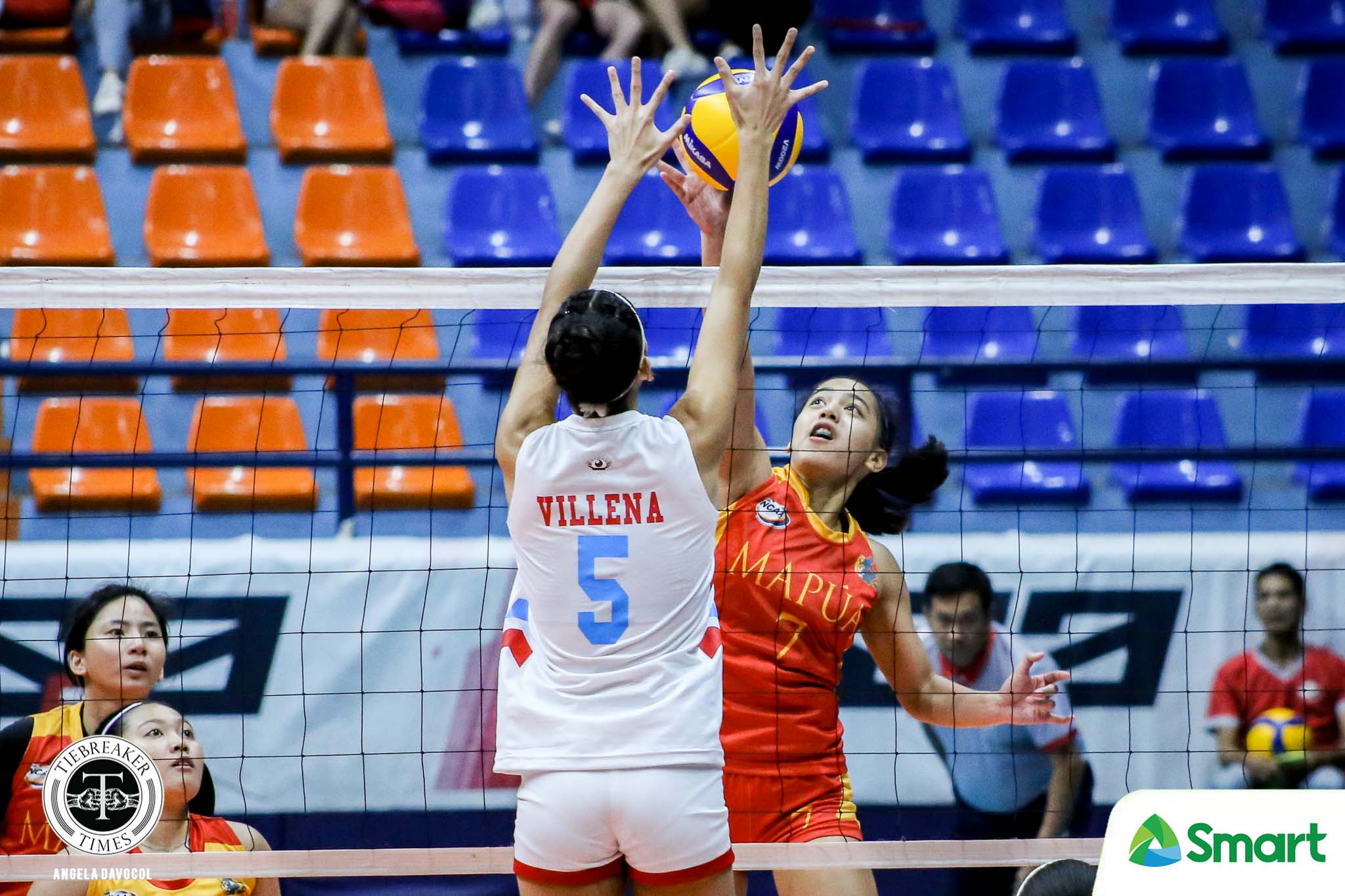 Fresh off a deflating loss to Arellano in its curtain-raiser, Mapua University dumped its frustrations on Emilio Aguinaldo College, 21-25, 25-23, 25-23, 25-22, to barge into the winner’s circle of the NCAA Season 95, Monday at the FilOil Flying V Centre.

Staring at an early 0-1 set deficit, Lorraine Barias rallied the Lady Cardinals in the succeeding frames en route to the four-set conquest. She delivered a game-high 20 points laced with 28 excellent digs, including the differential hits down the stretch that thwarted the comeback hopes of the feisty Lady Generals.

Mapua has evened out their record at 1-1.

Leading by as much as seven in the decisive fourth set at 17-10, Mapua saw its lead trimmed down to a precarious two-point edge, 23-21, no thanks to Krizzia Reyes’ offensive exploits. Fortunately, Barias came through moments later, nailing the lethal blows that sealed the deal.

Ayena Espiritu, meanwhile, tossed out 20 excellent sets. She generated the offense for the Lady Cardinals, who had seven players log in a point in the breakthrough win.

On the other hand, the Lady Generals, who are now 0-2, could not put a halt on its long dry spell. They’ve lost all of their 12 previous matches, dating back to Season 93.

EAC coughed out lesser miscues in the error-plagued match with 32 errors to Mapua’s 36. But the Lady Cardinals got the upper hand in the spiking department, 55 to 47.

Reyes topped EAC with 19 points, while Cathrine Almazan managed 11 markers in a losing cause. Kristine Mara and Jamaica Villena had eight and seven markers, respectively, in the loss.

Mapua will try to build winning momentum when it faces Perpetual on Friday, January 24. Meanwhile, EAC looks to quench its drought when it collides against the surging St. Benilde on Thursday, January 23. Both matches will be played at the same venue.